Please ensure Javascript is enabled for purposes of website accessibility
Log In Help Join The Motley Fool
Free Article Join Nearly 1 Million Premium Members And Get More In-Depth Stock Guidance and Research
By Will Ebiefung – Aug 4, 2021 at 9:30AM

Nvidia and Nike could turn your cash into much more.

While $1,000 isn't a fortune, it's enough to help set the foundation for life-changing returns in the stock market if you bet on the right companies. Nvidia (NVDA 8.24%) and Nike (NKE 3.24%) fit the bill and have what it takes to deliver unstoppable long-term growth. Keep reading to find out why.

With a market cap of $490 billion, Nvidia is already a massive, well-established company that has made fortunes for its shareholders. But that doesn't mean it's too late to hop on board. The legendary chipmaker operates in a red-hot industry, boasts a rock-solid moat, and is still expanding at a rapid clip. 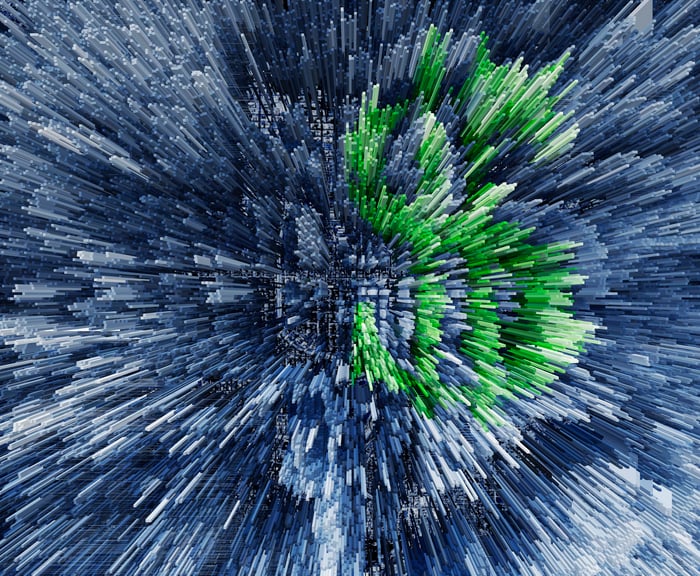 According to research company Statista, the global graphics processing unit (GPU) market will expand at an eye-popping compound annual growth rate of 33.6% to reach $201 billion by 2027. And it isn't hard to see why. Video game software is becoming more sought after each year, and other applications like virtual reality and cryptocurrency mining also support demand for these cutting-edge chips.

Nvidia's first-quarter revenue soared 84% to $5.7 billion because of strong performance in both the gaming and data center segments, which rose 106% and 79%, respectively. The company is still riding the wave from its new RTX30 series graphics cards, which feature an Ampere architecture that provides a drastic boost in performance over its previous RTX20 generation of cards. Nvidia's data center business is also surging as more industries pivot toward computer vision and conversational AI (these technologies need super-fast processors).

GPU manufacturing has high barriers to entry because of its complexity, giving Nvidia a strong moat. The company is also working hard to maintain its lucrative position, spending a staggering $1.15 billion on R&D in the first quarter alone (that's 20% of revenue), so investors can expect the business to maintain its edge.

Successful companies turn challenges into opportunities, and that's what Nike did during the coronavirus pandemic. Instead of resting on its laurels as the undisputed king of footwear brands, the company used the lockdowns and movement restrictions as an opportunity to accelerate its transition to a direct-to-consumer business model. Now, investors stand to benefit from this growth and margin-enhancing strategy.

Fourth-quarter revenue nearly doubled -- up 96% year over year to $12.3 billion. And while Nike benefited from favorable comps against the pandemic year of 2020, sales are also up by 21% against the fourth quarter of 2019, so this isn't a fluke.

The company is benefiting from the post-pandemic reopening of stores, live sports (which create advertising opportunities), and accelerated online shopping. Management is confident that these favorable trends will continue. According to CEO John Donahoe, digital sales could represent 50% of Nike's business by 2025 -- up from 35% right now. And he expects the company's gross margin to reach the high 40s by 2025 (compared to 44.8% in fiscal 2021) as the direct-to-consumer strategy takes shape.

With a forward price-to-earnings (P/E) multiple of 39, Nike stock isn't cheap compared to the S&P 500's average of 34. But the company still looks like a good value considering its double-digit growth rate and convincing strategy for continued success.

Some investors prefer to bet on stable, blue chip companies with a track record of success. Others look for undiscovered growth stories with multi-bagger potential. Nvidia and Nike offer the best of both worlds. These companies are proven leaders in their respective industries while boasting double-digit growth rates -- an unstoppable combination.

Bear Market Buys: 3 Growth Stocks to Buy on the Dips
349%