Analysts are looking ahead to earnings, and one expects a positive surprise.

Shares of Chinese electric vehicle maker NIO (NIO 3.75%) were trading higher on Monday, after a Wall Street analyst shared an upbeat outlook for the company ahead of its second-quarter earnings report.

As of 1 p.m. EDT today, NIO's American depositary shares were up about 3% from Friday's closing price.

In a new note released on Monday morning, Deutsche Bank analyst Edison Yu said that he expects NIO's second-quarter results to come in above Wall Street's consensus estimate. NIO will report its results after the U.S. markets close on Wednesday, Aug. 9.

That wouldn't be a radical surprise, but it's a reason for optimism, and that's probably why the stock is trading higher today. 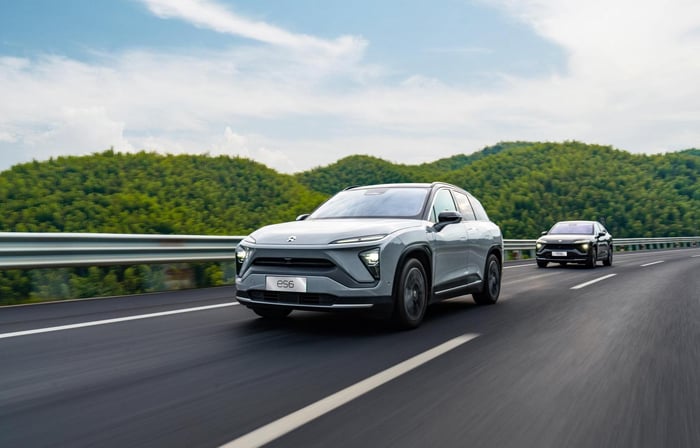 While Yu and his team expect NIO to beat Wall Street's estimates, they're not so upbeat about the company's prospects for high growth in the third quarter amid an ongoing global shortage of semiconductors.

Yu's team expects that NIO will guide to about 25,000 deliveries in the third quarter, which would be up 14.2% from 21,896 in the second quarter, with revenue between 9 billion yuan and 9.5 billion yuan ($1.39 billion to $1.46 billion). That's not bad growth, but it's not what auto investors might have reason to expect absent the chip shortage.

We'll find out more when NIO reports on Wednesday evening.