This crypto token that's revolutionizing international payments is gaining a lot of traction.

Cryptocurrency XRP (XRP -3.54%) is up 4.12% to $0.8194 per token in the 24 hours ending 10:30 a.m. EDT. There wasn't novel news pertaining to XRP per se, but it has become part of a surge surrounding the cryptocurrency market as a whole. Growing adoption of the Bitcoin (BTC -1.77%) network by tech companies has led to much investor enthusiasm. 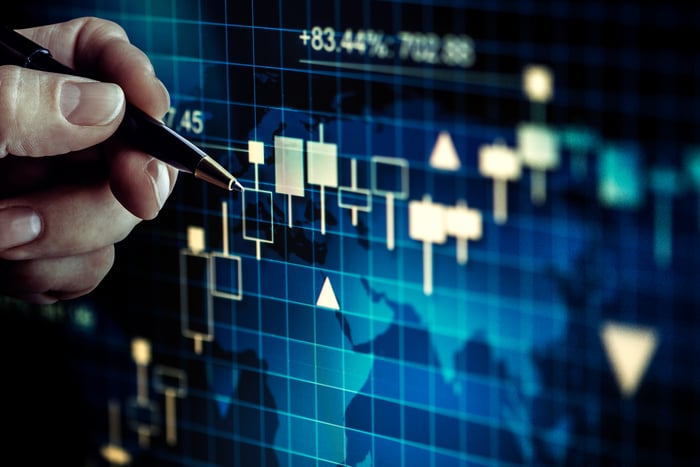 XRP is making gains in adoption as well. Less than two weeks ago, SBI Remit, the largest money transfer provider in Japan, announced a partnership with the company behind XRP, Ripple. Ripple will implement "on-demand liquidity" via XRP tokens on the RippleNet to help facilitate the remittances of Filipino workers in the country, estimated to amount to $1.8 billion per year. Even a small transfer on RippleNet could settle in three to five seconds. So there's definitely a lot of potential there.

The biggest risk facing the rebel decentralized finance (DeFi) token is the full wrath of the empire, that is, the Society for Worldwide Interbank Financial Telecommunication (SWIFT). At roughly the same time XRP announced its partnership with SBI Remit, SWIFT launched SWIFT Go, allowing governments, institutional banks, sovereign wealth funds, businesses, and consumers to send money in seconds with full security and regulatory compliance. SWIFT handles transactions among more than 11,000 financial institutions (including the Federal Reserve) in 200 countries. Back in 2019, Ripple bashed SWIFT for its allegedly outdated technology and falsely claimed that the network has a high error rate. But it is clear that the empire is striking back. Investors should keep an eye on XRP's adoption in the context of severe competition from the supreme ruler of global finance. It is a risky cryptocurrency to invest in for now.

This Crypto Is Massively Pumping Right Now, But Is It Safe to Buy?
356%