The company just added another state to its growing footprint on the east coast.

If you're still looking for that ground-floor investment opportunity with a long-term approach, you might consider companies in the cannabis industry. Depending on who you talk to, federal legalization of recreational-use marijuana in the U.S. is not far off. In the meantime, states are jumping one by one onto the legalization train.

Marijuana companies are vying for position in what is becoming a massive market opportunity across the U.S. As this happens, businesses with greater funding are gobbling up smaller counterparts in an effort to gain entry into new territories, as well as to expand their presence in areas where they're already operating.

Chicago-based Green Thumb Industries (GTBIF 1.07%) has been doing a little of both. Most recently, it has begun targeting a new, expanding market in the Northeast, in a state that has already legalized marijuana for medical use and is halfway to approval of recreational-use legalization. 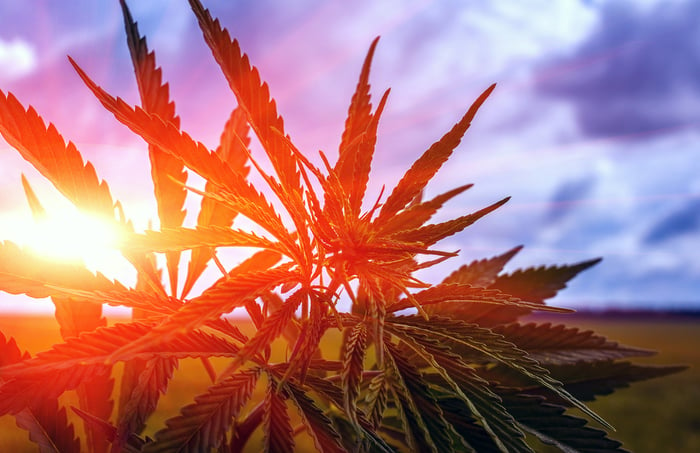 In June of this year, the Rhode Island Senate voted 29-9 to legalize adult recreational-use marijuana. The state decriminalized marijuana in 2012 and has allowed medical marijuana use since 2006. Now the state's House is planning a vote for late summer or early fall on a bill to legalize marijuana for recreational use. (Interestingly, the House vote is being delayed in part because of a lack of sufficient air conditioning in the State House during the hotter time period between August and late September.)

If it passes, which is expected, Rhode Island will become the 20th U.S. state to legalize recreational marijuana. House Speaker Joseph Shekarchi has said that he believes that legalization is inevitable and that it could happen as soon as late September or early October.

On Aug. 2, Green Thumb acquired Mobley Pain Management and Wellness Center and Canwell Processing. By doing so, the company secured one of only three vertically integrated licenses in the state of Rhode Island, which came by way of Summit Compassionate Medical Center, which had contract interests with Mobley and Canwell. The vertically integrated license allows Green Thumb to cultivate, process, and sell product, forming a full supply chain within the state.

The purchase also left the company in possession of one of only three retail locations currently approved in the state. The state legislative committee is considering adding six more retail locations via a lottery that is expected sometime later this year, following a few delays due to an ongoing appeal by an applicant and a lack of bidders to run the lottery.

For Green Thumb, the Rhode Island market could mean limited competition in the cultivation space. The bill pending House approval calls for no new cultivation licenses being issued until July 2, 2023. That means Green Thumb possesses one of the few vertical licenses available along with one of the few (current) retail locations, giving the company exposure to a growing market in the northeast.

Rhode Island now becomes the 14th state in Green Thumb's footprint across the U.S., allowing the company's operations to reach nearly 50% of the population through its 61 retail locations nationwide. Included in those 14 states is a heavy penetration along the east coast, with operations in Florida, Maryland, Massachusetts, New Jersey, New York, Pennsylvania, Rhode Island, and Virginia.

With operations in all but six of the 20 states where recreational-use marijuana has been legalized or is expected to be legalized in the near future, Green Thumb has a nationwide presence that is likely to grow. Given its revenue growth rate of 90% year over year and its record first-quarter revenue, Green Thumb is a top cannabis stock buy in my opinion. Interested investors should look forward to second-quarter results, due Aug. 11, for more positive support.