Less than 24 hours after The Wall Street Journal confirmed, in its Monday edition, that Virgin Galactic Holdings (SPCE -0.64%) will indeed raise the ticket price for rides on its spaceplane to $450,000 a seat, shares of the space tourism pioneer are plunging 11.1% as of 3:20 p.m. EDT Tuesday.

Is this good news or bad news? Investors don't seem quite able to make up their minds about that. After all, Virgin Galactic itself first announced this price increase on Friday, and investors seemed pretty happy about it at the time.

With Virgin Galactic's share price climbing both Friday and Monday, the early read on the company's move appeared to be that demand for space tourism flights was looking so strong that Virgin Galactic had plenty of pricing power, and plenty of room to raise prices to satisfy the demand. 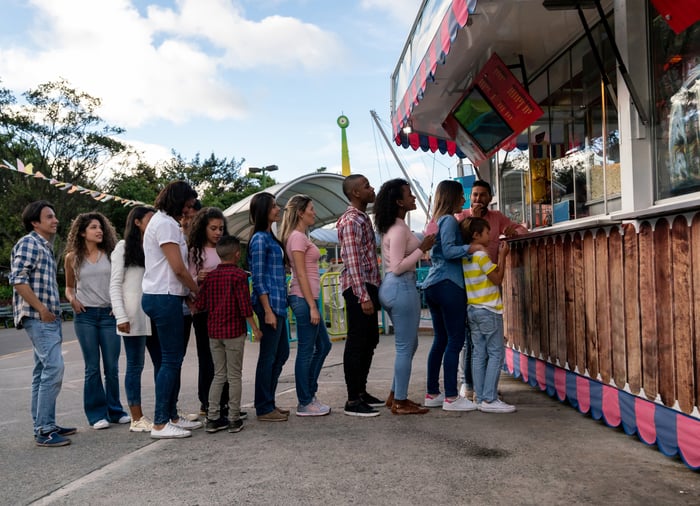 But not so fast (investors seem to be thinking today).

What if the real reason Virgin Galactic is raising prices isn't just because it can, but because it needs to? After all, this company has been losing money for years as it got its spaceplanes tested and ready to begin flying commercially. (And it's not even there yet. Commercial operations won't begin until next year.) It's also booked the equivalent of the next 100 commercial flights at prices just half what it now wants to charge (reportedly, anywhere from $200,000 to $250,000 a ticket).

If Virgin Galactic has now decided that those prices aren't high enough to turn the company profitable, and that it needs to double the price it charges, well, two possibilities emerge.

First, there's a risk that a ticket price that's twice what was initially advertised could scare away a lot of would-be space tourists. And second, there's the certainty that even those who are willing to pay the higher price won't be able to begin handing Virgin Galactic their money until the 600 people ahead of them in line have had their chances to ride.

By that time, Virgin Galactic will probably have lost even more money, and it's anybody's guess how long investors will continue sitting patiently as their company continues losing money.