Please ensure Javascript is enabled for purposes of website accessibility
Log In Help Join The Motley Fool
Free Article Join Over 1 Million Premium Members And Get More In-Depth Stock Guidance and Research
By Neil Patel – Aug 12, 2021 at 7:41AM

Take a look at these visuals to get a sense of the streaming technology company's remarkable progress.

Roku (ROKU -0.76%) was a major beneficiary of the pandemic as people spent more time in their homes and turned to media-streaming services as an important leisure activity. As a result, its stock has skyrocketed more than 150% over the past 12 months, and the business is currently valued at more than $50 billion.

The company is riding the long-term secular shift away from cable TV and toward streaming entertainment. And the ecosystem that founder and CEO Anthony Wood has built places Roku in an enviable position to continue growing for a long time. 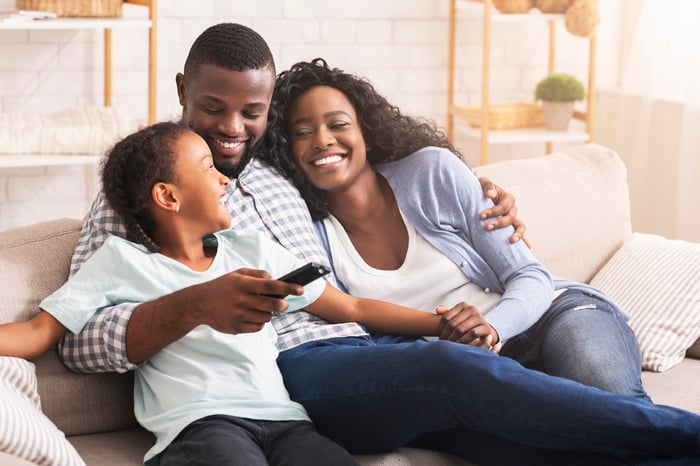 A clear indication of the huge demand for what Roku has to offer is found in the company's sales trends. Since going public in September 2017, revenue growth has absolutely soared. 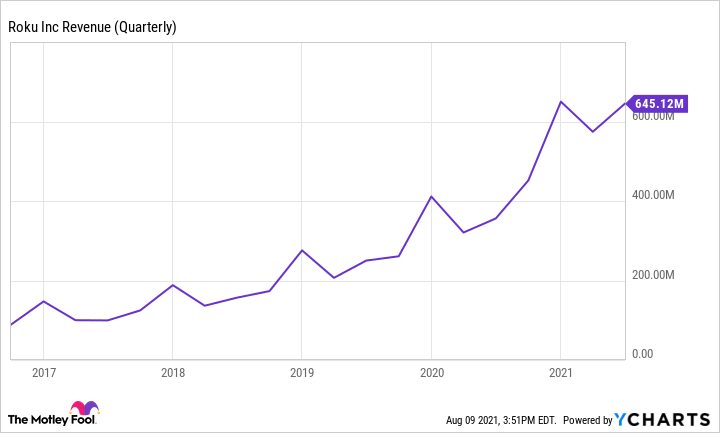 In the most recent quarter, sales jumped 81%, very impressive given that it was faster than the gains registered in any of the previous four quarters. Roku is chiefly advancing at the expense of traditional pay-TV, as more people choose to cut the cord. The number of households in the U.S. with cable subscriptions continues shrinking every year and is forecast to fall to 60 million by 2025. That's down from 100 million cable households in 2015.

For investors to understand how dominant Roku's position is, there are three key metrics to consider. First, the company's active accounts now total 55.1 million, an increase of 28% from the year-ago period. Second, a whopping 17.4 billion hours of content was streamed in the quarter, a 19% rise from the second quarter of 2020. And lastly, the average revenue per user (ARPU) rose 46% year over year to $36.46.

For any subscription business such as Roku, seeing the number of users, engagement, and monetization increase in unison is a great sign. Even with the loosening of pandemic restrictions and consumers starting to spend more on out-of-home activities, Roku still shines in 2021.

Not a hardware business

Roku's gross margin gives us a sense of what kind of business it truly is. Many investors focus too much on the company's low-margin hardware sales, but what really matters is the platform segment. 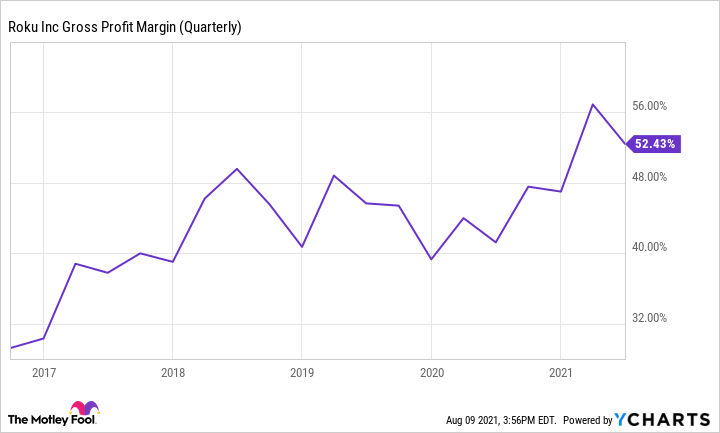 This is where high-margin subscription and advertising revenue lies. Over time, hardware sales have become a smaller part of the business, and Roku's gross margin has trended upward because of this shifting revenue mix. The first quarter of 2018 was the first time in which Roku's platform revenue exceeded its player revenue. And in the most recent quarter, 83% of sales came from the lucrative platform segment.

One of the big reasons Roku's stock tanked 9% immediately after the company announced Q2 results was because the player segment gross margin turned negative. Like essentially all other businesses today, Roku is dealing with supply chain issues, which raised input costs for its hardware products. Management decided not to pass the higher prices on to consumers, which I think is a smart marketing move.

With each passing quarter, Roku is proving that it is not a hardware business. That segment is simply a way for more users to get onto the company's platform. Over time, expect Roku's gross margin to continue marching higher.

Is Roku the best streaming stock?

During the last 12 months, Netflix's (NFLX -2.04%) stock is up just 6%. No, that is not a typo. The market's admiration of Roku and disfavor of Netflix could highlight the fact that the latter may no longer be the best streaming stock to own. 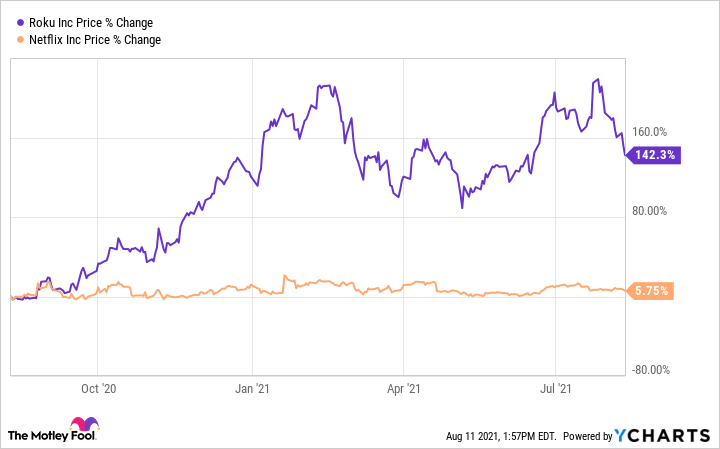 Netflix certainly pioneered the streaming industry, using the internet to go direct-to-consumer with its growing catalog of original content. But the worries about slowing subscriber growth, particularly after the company added nearly 37 million customers in 2020, are on investors' minds as more competitors introduce their own services.

Whether Roku or Netflix has the upper hand going forward is a tough question to answer. However, we can't ignore that the market is telling us it currently likes the top platform business better than the leading content publisher in the streaming space. Even Netflix has said that 70% of streaming happens on a TV, and as more ad dollars and eyeballs migrate to connected TV, Roku stands to gain immensely.

Wood is building the TV operating system of the future. So, if his company eventually controls the majority of consumers' attention in the living room, don't be surprised if Roku's stock goes up in the long run.