Crypto fans failed in the Senate last week, but now they may succeed in the House.

Cryptocurrency prices are ending the week with a bang on Friday, boosted by good news out of the halls of Congress -- and, in particular, the House of Representatives.

As of 9:40 a.m. EDT, here's how prices look for several of the biggest names in cryptocurrency: 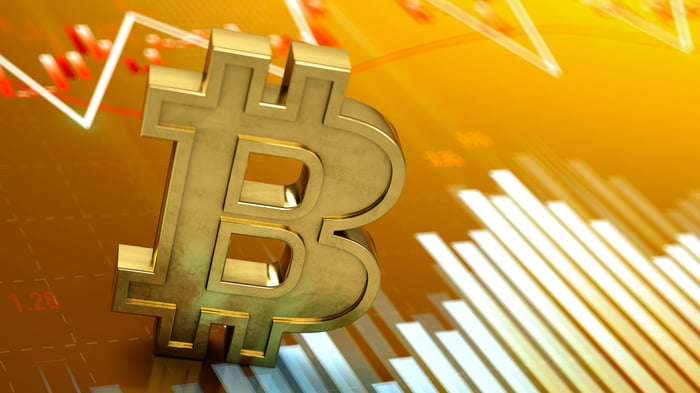 So what is it that's driving cryptocurrency prices higher today? As you'll recall, last weekend cryptocurrency investors, companies, and lobbyists worked furiously to amend a key provision of the U.S. Senate's $1 trillion infrastructure bill. They failed, but may soon get a second chance to have their wish granted.

You see, the infrastructure bill proposes to partially pay for its spending outlays by levying a $28 billion tax on cryptocurrency transactions -- and to require "brokers" to report those transactions to the IRS so they can be taxed. Opponents of the crypto provisions in the bill argue that the definition of "brokers" is too broad and could technically require crypto miners, software developers, transaction validators, and other nonfinancial intermediaries to report their activities to the IRS.

Now, the Senate didn't buy that argument, and the infrastructure bill passed with the overbroad definition of "brokers" intact. But now, the bill goes to the House of Representatives for amendment. And as cryptocurrency-watcher Coindesk reports today, this is where crypto investors may get a second bite at the broker-definition apple.

Congresswoman Anna Eshoo, says Coindesk, House Speaker "Pelosi's closest friend in Congress," has asked the speaker to narrow the definition of "brokers" in the infrastructure bill. Eshoo argues that the definition as written presently is "problematic" and "unworkable" and threatens to "stifl[e] innovation in a nascent industry" -- and she's not alone in thinking this. Coindesk notes that Congressman Patrick McHenry, the ranking Republican on the House Financial Services Committee, also supports tightening up the definition of "brokers." And Coindesk indicates there is further support for the amendment in the House.

Granted, these same arguments were raised in the Senate last week, and they failed. They may fail in the House as well -- but they also may succeed. It's this chance that a problematic provision may be removed from the upcoming cryptocurrency regulations that has crypto investors excited today.

1 Reason Investors Should Have Confidence in Bitcoin
366%