A wider loss than expected is part of the story, but there's more.

Shares of XL Fleet (XL 1.81%) were trading sharply lower on Friday, after the company reported second-quarter earnings that fell short of Wall Street's estimates and provided a subdued outlook for the remainder of 2021.

XL Fleet, which offers systems that can be retrofitted to turn internal-combustion trucks into hybrids, reported after the U.S. markets closed on Thursday that it lost about $10.5 million in the second quarter, or $0.08 per share, on revenue of $3.7 million.

Those results fell short of Wall Street's expectations, such as they were. The company doesn't get a lot of coverage from Wall Street analysts, but the (two) analysts polled by Thomson Reuters had expected a loss of $0.05 per share on revenue of $4.4 million, on average. 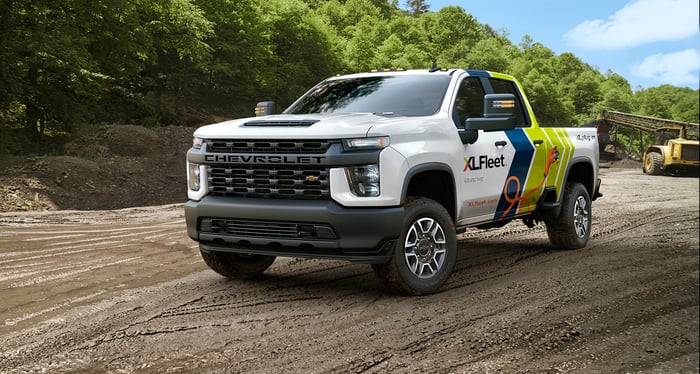 More to the point, the company is still struggling with the supply chain issues that caused it to miss estimates in the first quarter. CEO Dimitri Kazarinoff said that right now, the problem isn't so much with XL Fleet's own manufacturing, it's that its fleet customers are having trouble getting new trucks to convert because of the global semiconductor shortage.

Kazarinoff said auto investors should expect XL Fleet's sales to continue to be limited by the shortage of commercial vehicles into 2022. But, he said, the company is working to expand in other areas, including charging infrastructure, while continuing to develop a fully electric powertrain solution that it expects to bring to market next year.