These stocks possess the qualities of long-term winners.

You don't have to chase hot stock tips on message boards to be successful in the stock market. There are plenty of great products you likely use every day that are experiencing incredible growth right now and could deliver wealth-building gains. 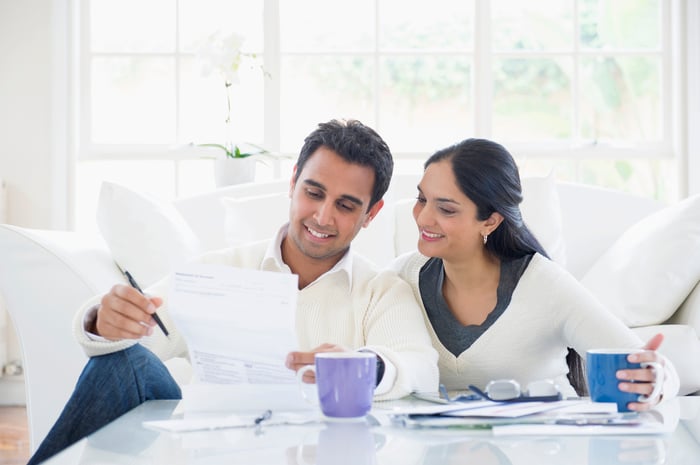 John Ballard (fuboTV): Netflix did a lot to bring streaming to the masses over the last decade, but the mass migration to streaming is just getting started. A few estimates peg the total streaming market growth at around 20% per year.

fuboTV is a live TV streaming service, like Alphabet's YouTube TV, but recent results show it's got multibagger potential written all over it. The company posted revenue growth of 83% in 2020, but its growth in 2021 looks even sweeter, clocking in at 138% in the second quarter. Based on those stellar numbers, it's not surprising to see the stock up 182% over the last year.

The company ended the quarter with only 681,721 subscribers, but that was more than double the year-ago quarter. Subscribers are flocking to the service for its sports programming, but management believes it can win over more consumers as subscription fatigue sets in across the streaming market.

"We believe that the delivery of a unified, personalized, and interactive streaming experience is the future of this space and the key to capturing market share," CEO David Gandler said on the Q2 earnings call.

At a relatively small market cap of $4.4 billion, this streaming service stock has massive upside for long-term investors.

Two businesses in one: Roku's rise to the top of streaming

Jennifer Saibil (Roku): We'll never know what might have become of streaming if the pandemic hadn't upended movie theaters and driven a surge in at-home entertainment. But as the world tuned in at home, Roku took off, and it's now landed somewhere between the moon and reality.

Roku's revenue skyrocketed throughout 2020 and in the first half of 2021, leading to it becoming profitable earlier than expected. Most of the growth is coming from its ad-supported Roku channel.

Roku makes streaming devices that work with most networks, and that's been a solid revenue driver. But as advertisers quickly move their money away from traditional television networks and place their bets on customers cord-cutting, Roku's platform revenue has exploded. Growth accelerated to 81% year over year in the 2021 second quarter, coming from a 1% increase in device revenue and 117% increase in platform revenue, which accounted for 82% of the total.

Management made the much-anticipated decision to launch Roku Originals, its own original content, in April, which puts it in the big leagues with leaders Netflix and Disney. It's planning to release more than 75 pieces of content in 2021. This also frees it from relying on third-party content producers to fill its channel. Brian Tannenbaum, head of alternative programming, said in a press release this week, "While it's only been a few months since the launch of Roku Originals, the response has been overwhelming."

Roku stock gained 250% in 2020, but it's only up 11% in 2021 as of this writing. That reflects investors' disappointment in the company's outlook, which is about 50% growth year over year in the third quarter. Management stressed that year-over-year comparisons are going to be challenging given the outsized growth during the pandemic. But new investors should see this as an excellent opportunity to buy shares on the dip. Even at the lower price, Roku stock trades at 225 times trailing-12-month earnings, which means some correction was likely to come. But Roku's prospects are intact, which justifies some premium on the stock price. It's still a fairly small company that's investing in several revenue streams, and it has loads of potential to offer high returns.

Peloton is just scratching the surface of its potential

Parkev Tatevosian (Peloton Interactive): Peloton is a rapidly growing exercise equipment company that also offers a subscription to live and recorded classes that create a sense of community among members.

Since most of its bikes and treadmills are used at home, it's easy to think of Peloton as a stay-at-home stock that benefited during the pandemic but will reverse course in its aftermath. That is only partly true. Peloton did experience a surge in orders during the pandemic, but its sales have grown over 100% per year for six years in a row.

Underlying the enthusiasm among customers is the convenience Peloton offers versus going to the gym. Having a Peloton bike or treadmill at home means you can finish a workout in the time it would otherwise take you to drive to the gym, look for parking, and walk to your machine. Certainly, some folks who use the gym for the pool, sauna, or basketball courts may never switch to a Peloton. However, when you consider the estimated 180 million fitness center members worldwide, you can picture the vast market opportunity open to Peloton.

Indeed, Peloton is in its early stages of international expansion. It recently bought a manufacturing company (Precor) that will give it the supply to enter more markets. Management said it would start at a pace of one or two new markets each year.

The company is not yet profitable annually, but the growing scale is improving margins over time. Its operating profit margin has gone from a negative 32.3% in 2017 to a negative 4.4% in 2020.

The stock is down 25% in 2021 as investors fear the company's prospects in the aftermath of the pandemic. That's giving investors an opportunity for big returns with this consumer goods stock.