Shares of Microvast (NASDAQ:MVST) were falling almost 10% in morning trading Tuesday after the Chinese maker of electric vehicle batteries reported second-quarter losses that were wider than the year-ago period amid global supply chain disruptions that have led to shortages of materials.

Microvast said its performance was affected by a number of factors, pointing to shipping delays and the chip shortage, which resulted in lower order volume for one of its manufacturing lines. While it views those as temporary setbacks, it also suffered from inventory write-downs for certain legacy products, and its sales in China carried lower average selling prices than for sales in other areas. 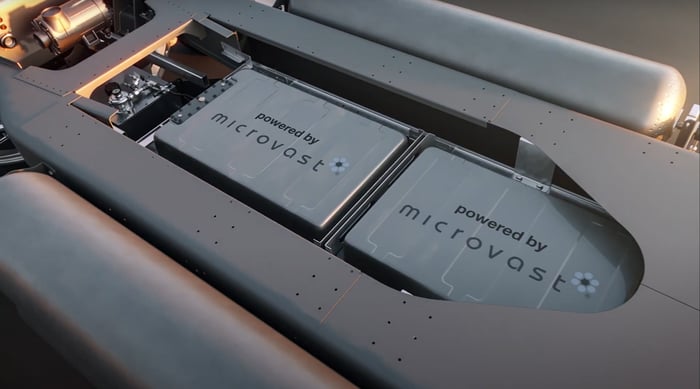 Microvast's earnings were for the quarter ending June 30, which was a month before it went public through a merger with special purpose acquisition company (SPAC) Tuscan Holdings.

While the wider losses may be putting off some investors, the battery maker's stock is likely also getting buffeted by the apparent slowdown occurring in China's economy, which is also taking down both the S&P 500 and the Dow Jones Industrial Average today.

And a relatively high short interest (it was almost 5 million shares at the end of July, double what it had been two weeks prior) and impassioned traders on internet comment boards may be contributing to Microvast's volatility.