There is much debate over which of these three popular fintechs is the superior company and better investment opportunity.

Even if you're new to the world of financial technology, you've probably heard the buzz around consumer finance innovators SoFi Technologies (SOFI -3.75%), Upstart Holdings (UPST -3.35%), and LendingClub (LC -2.99%). SoFi, which went public through a merger with a special purpose acquisition company this year, offers the broadest array of financial products and services of these three. Upstart went public at the end of 2020 and has seen its shares climb more than 700% since its first day of trading. LendingClub, which has been public since 2014, is more or less the underdog here, with its stock falling under $5 last summer but quickly turning around after the company completed a key acquisition this year.

There has been much debate over which of the three is the superior company and better investment opportunity, so let's take a look.

All three of these companies have disruptive business models, using technology and artificial intelligence to acquire customers more easily than traditional banks and approve loans quicker.

SoFi has three main businesses. Its lending segment offers student loan refinancing, in-school loans, personal loans, and home mortgages. It also has a financial services business that offers credit cards, cash management accounts, and a brokerage for members to invest in equities and cryptocurrencies, along with other products. Finally, in 2020, SoFi acquired Galileo, a platform that helps other fintechs carry out front- and back-end functions such as account setup, account funding, and direct deposit. It's also in the process of acquiring a bank -- this is big because a bank charter will let it gather deposits, which will help it fund loans more cheaply and cut down on other expenses in the loan origination process. SoFi's strategy is to become a one-stop shop for consumers. By getting them to purchase multiple financial products, SoFi can greatly cut down on customer acquisition costs and increase profitability. SoFi has already amassed more than 2.5 million members.

Upstart originates unsecured personal loans and auto loans by leveraging AI to determine the true risk of the borrower and make faster loan decisions. In 2020, 21% of the loans funded by Upstart were retained by the originating banks and 77% of loans were purchased by institutional investors.

LendingClub is also in the business of leveraging AI and data to originate unsecured personal loans. It also wants to get more into auto lending eventually and build a world-class checking account for its customers that will reward them for making loan payments. It is the only one of these three companies that currently has a bank charter. Earlier this year, LendingClub completed its acquisition of Radius Bank. As a result, it has cut down on funding costs and expenses by using cheap deposits to fund its loans and by no longer having to use third-party banks to originate all of its loans. LendingClub not only sells loans to banks and investors, it also plans to retain 15% to 25% of originations on its balance sheet and collect recurring monthly loan payments. The company has 3.5 million members. 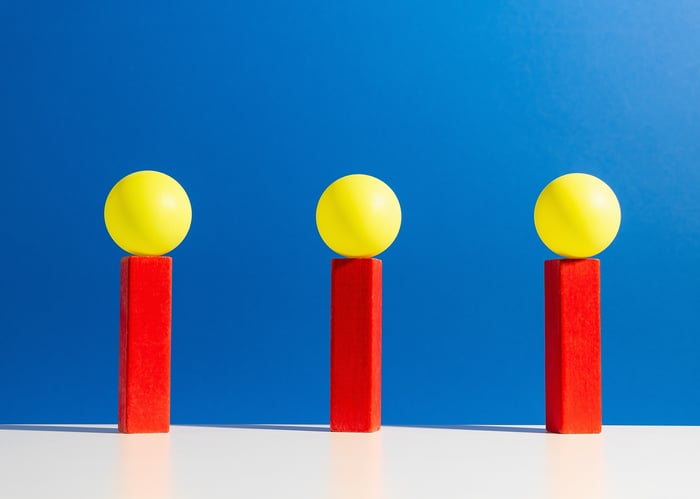 All eyes were on these three companies as they reported second-quarter results and updated guidance for the rest of the year. Here is what each reported:

SoFi's second-quarter results disappointed investors, as the loss the company reported widely missed the consensus estimate from analysts. However, $144 million of the company's $165 million loss was due to non-cash and one-time expenses. Membership growth slowed a bit in the quarter, while Galileo continued to add new accounts and SoFi Invest significantly grew revenue. The company also scaled back revenue guidance from its student loan refinance business due to the unexpected extension of a federal moratorium on student loan payments and less revenue on Galileo than expected.

By the numbers, Upstart had the most successful Q2 of the group, generating a profit close to $0.40 per share, beating expectations, and raising its guidance for the year from $600 million of revenue to $750 million. Investors rewarded the company, sending shares 56% higher since it reported earnings.

LendingClub completely blew out analysts' expectations and management's own guidance in Q2, turning a profit several quarters before the Street expected, and demonstrating that its digital marketplace bank concept that combines putting loans on the balance sheet and selling them to banks and investors is working better than expected. Since LendingClub reported earnings on July 28, its stock has soared more than 70%. Management has also revised up its full-year guidance, now projecting originations between $9.8 billion and $10.2 billion, revenue of $750 million to $780 million, and a full-year loss between $13 million and $3 million. Origination and revenue guidance has now tripled from the beginning of the year, while the loss estimate is down from a $140 million to $159 million loss earlier this year.

Which is the best investment opportunity?

If you look at my disclosure below, you'll see that I've already put my investment dollars behind one of these fintechs. I believe LendingClub is the best investment opportunity of the three, and I've been buying shares and call options since March. This is because the acquisition of Radius and its bank charter has been so transformational for the business, and on such an accelerated timeline.

LendingClub CEO Scott Sanborn has said that holding loans on the balance sheet will eventually be three times more profitable than selling them to investors. Additionally, Sanborn said obtaining a bank charter has been instrumental for the marketplace platform because banks and investors now know LendingClub is held to the same regulatory standards as they are, and is now taking the credit risk itself by holding a portion of the loans, which creates more trust. Being able to hold loans on the balance sheet also gives LendingClub pricing power in the marketplace, because if investors and banks don't want to pay a certain fee for the loan, LendingClub can simply put it on its balance sheet. And by only retaining 15% to 25%, LendingClub can retain loans from higher-quality borrowers.

I think SoFi and Upstart are strong companies, but while Upstart has begun to tap into the auto market, and SoFi offers many products, LendingClub has managed to quickly catch up to their pace solely with its expertise in unsecured personal lending. Soon, the company will get into the auto space and is in the process of building a checking account to roll out to its 3.5 million members. I find it interesting that SoFi talks about the potential to drive better margins by cross-selling multiple products to its members. While that is undoubtedly true, LendingClub in Q2 generated significant operating leverage (growth rate of revenue minus the growth rate of expenses) without cross-selling anything. And for how much Upstart talks up its AI capabilities -- the company says it's using 15 billion cells of data to inform its algorithmic models -- LendingClub says it uses more (148 billion cells).

Regardless of whose business is better -- and I am sure there is a good debate to be had here -- there is clearly a valuation gap. LendingClub has a market cap of $2.6 billion at Wednesday's prices, SoFi has a market cap of $11.4 billion, and Upstart has a market cap of $16.5 billion. SoFi is projecting more full-year revenue and Upstart expects to generate a higher profit, but remember that Q2 was really the first full quarter that LendingClub had its new digital marketplace concept intact. The company still only trades at 3.5 times full-year estimated revenue. I suspect the market is being tough on LendingClub due to past controversies at the company, so I think if the company can generate a few more consistent quarters of earnings, the market will reward the stock more. If you believe in SoFi and Upstart's valuation, then LendingClub should still look undervalued, given the numbers the company just put up and is projecting going forward.

Why LendingClub Was a Dog of a Stock Today
366%