It's the only pure-play artificial intelligence company in the industry, and it's available at a steep discount.

AI is powering the next wave of technology companies as it allows them to build greater scale by accomplishing exhaustive tasks that used to require countless hours of work. The problem is, it's expensive and incredibly difficult to develop in-house.

C3.ai has made a business out of solving that problem. It announces its fiscal first-quarter earnings on Sept. 1, and with the stock currently down over 70% from its all-time high, investors might realize they've been too pessimistic. 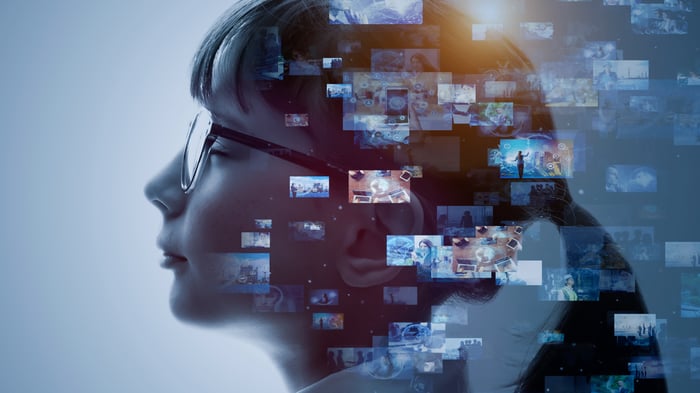 Artificial intelligence was once science fiction, but it's now very real. Except today, its applications are more business-focused as opposed to personal robots, like in the movies.

There isn't an industry it hasn't touched, and perhaps its most valuable benefit is the scale it can deliver to once labor-intensive professions. It has helped to power the real estate iBuying boom, and DocuSign is even developing it to read legal contracts to identify problematic clauses (because using lawyers is really expensive).

Large technology companies might have the resources to build these big, complex AI applications themselves, but for others, it's a total pipe dream from both the cost and knowledge perspectives. That's where C3.ai shines, by offering thousands of pre-built applications that can cut out 99% of the software programming otherwise required. But it also develops tailored applications, and after a consultation it can deliver them in as little as three to six months.

Put simply, C3.ai is the bridge between artificial intelligence and the companies that need it. Take the oil industry, for example. In an unlikely collaboration, C3.ai has developed a comprehensive partnership with energy giant Baker Hughes, and the pair now have their own line of applications marketed to other oil companies. Dubbed BHC3.ai, it's used to analyze swathes of data from oil projects to predict potential equipment failures, drive efficiency, and reduce carbon emissions.

C3.ai has been a public company only since December last year, and after a spirited initial rally to $161 per share, investors have been relentlessly selling the stock ever since.

The company projects it will generate $245 million in full-year revenue for 2021, so with a market capitalization of $5.1 billion, the stock trades at over 20 times sales. In other words, it's still quite expensive, especially since it's unprofitable. But there are definitely aspects that make it an attractive investment even at this price.

With a compound annual growth rate of 25%, the price-to-sales multiple will shrink materially over the next couple of years (assuming the share price remains the same). But there's a distinct possibility C3.ai could actually beat all expectations.

In the fiscal fourth quarter, the company increased its customer count by 82% year over year, and considering total revenue sometimes lags customer growth (because it takes months to develop applications), investors could get an upside surprise in the earnings report on Sept. 1.

The remaining performance obligations (RPO) metric is the way C3.ai captures that lag, and it had over $345 million of them on an adjusted basis at the end of last quarter, up 40% year over year. And that's revenue that will likely be recognized in the future.

C3.ai maintains 76% gross margins, and although it's making losses now, it can continue investing in growth because at the appropriate time, it can use those margins to pare back expenses and deliver strong profits for investors.

The company is the leader in pure-play AI, and it's being recognized by some of the biggest companies in the world, partnering with Microsoft and Bank of America, and it also just expanded its relationship with Royal Dutch Shell for five more years.

C3.ai has over 4.8 million machine-learning models helping to make 1.5 billion predictions per day across all the industries in which its customers operate. With up to 28% revenue growth estimated for the upcoming quarter, grabbing some stock at these prices could look like a deal over the long term.

Bank of America is an advertising partner of The Ascent, a Motley Fool company. Teresa Kersten, an employee of LinkedIn, a Microsoft subsidiary, is a member of The Motley Fool’s board of directors. Anthony Di Pizio has no position in any of the stocks mentioned. The Motley Fool owns shares of and recommends C3.ai, Inc., DocuSign, and Microsoft. The Motley Fool has a disclosure policy.