If you're a veteran income investor, then you already know that not all dividend stocks are built the same. Indeed, while they may all look relatively similar on the surface, dividend payers can range from disastrous to heroic in terms of their overall performance. It just makes good sense to check under the hood, so to speak.

With that as the backdrop, here are three simple things any investor on the hunt for a new dividend name should do before making their next purchase.

Look for a track record of consistent -- and strong -- dividend growth

Before becoming enamored with a high dividend yield, find out if that payout has steadily grown. If the company is making the exact same, unadjusted/nominal per-share payment it was making five, ten, or even twenty years ago, then there's a good chance that shareholders have actually lost ground to inflation.

A great place to find reliable dividend payment growers is among the so-called Dividend Aristocrats. 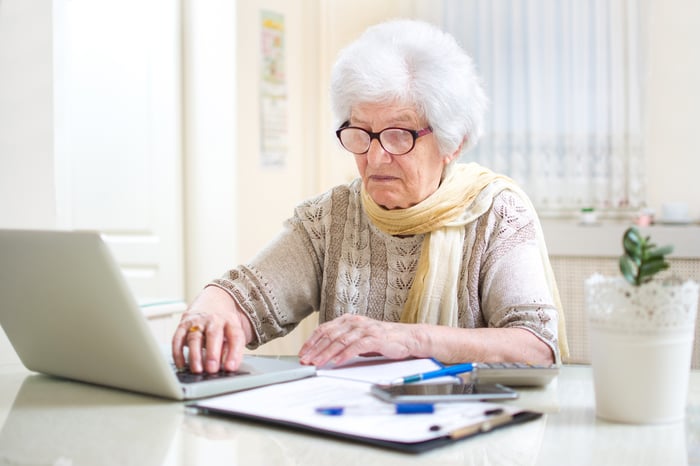 Simply put, a Dividend Aristocrat is an S&P 500 constituent that's increased its dividend payout every year for at least the past 25 years; Dover and Genuine Parts have both done so for 65 straight years. This level of consistency suggests these companies are not only truly committed to their dividend payments but are in businesses that support increasingly higher dividends.

Just because a company isn't a Dividend Aristocrat doesn't make it a bad dividend investment, however. There are plenty of companies with sustained dividend growth that have not yet reached the 25-year mark. Verizon (NYSE:VZ) comes to mind. It's improved its annual payout for the past 14 years, but the company has only been a publicly traded entity since 2000. It would be impossible for it to be a Dividend Aristocrat. Yet, it's still a great dividend stock.

Some of the names with the longest streaks of annual payout increases have only done so with the tiniest of improvements. Consolidated Edison (NYSE:ED) is a Dividend Aristocrat with 46 years of yearly dividend growth under its belt. But its current quarterly payment of $0.775 per share isn't leaps and bounds better than the quarterly payout of $0.67 per share from five years ago. That's annualized growth of only around 2%, which doesn't quite keep pace with inflation.

Check a company's capacity to safely fund its dividend

Every company that's paying a dividend may not be earning enough to cover the payment, though. More than a few outfits are borrowing money to fund their dividends. It may work for a while, but obviously it's not a sustainable, long-term plan.

Take International Business Machines (NYSE:IBM) as an example. Despite ol' Big Blue's deteriorating status as a technology titan, its current dividend yield of 4.6% and palpable turnaround effort make it a compelling prospect. The fact is, however, IBM has paid more out in per-share dividends over the course of the past year than it's actually earned.

Fans of IBM will be quick to point out that the pandemic has been problematic for all companies. This one's been no exception. But it must also be pointed out that the gap between IBM's earnings and IBM's dividend payment has been shrinking for years. The latter was apt to slide below the former with or without the disruption caused by COVID-19. It's a business issue that income-minded shareholders have to acknowledge -- and an issue the company itself has to address...now. 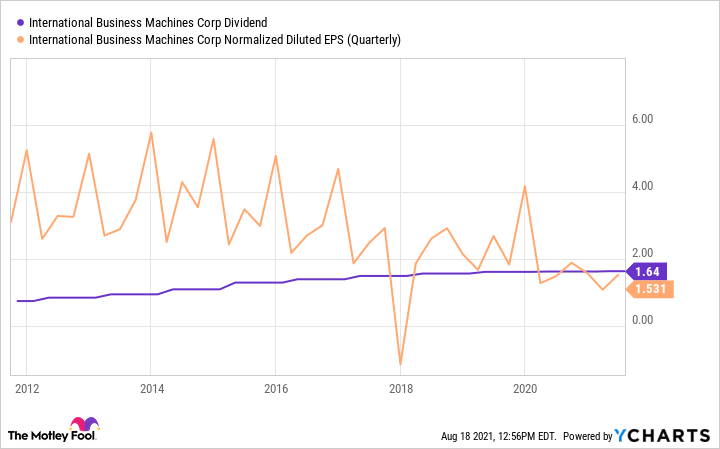 The payout ratio is a metric that compares a company's dividend payments to its per-share earnings. As a rule of thumb, a payout ratio of around 50% is balanced between being generous and being safe. Just be willing to raise or lower those criteria quite a bit depending on the company and its particular circumstances. The key is leaving enough profit behind after paying the dividends to fund more corporate growth.

Finally, consider whether or not a company's line of business lends itself to reliable dividend payments.

Utility stocks are great dividend names for the obvious reasons. Consumers may skip a trip to the mall or postpone a vacation. But they typically keep the lights on and keep the water running. This reliable stream of monthly payments is turned right back around to utility company shareholders in the form of quarterly dividend payments. Wireless service like that offered by Verizon is another business model built around the idea of recurring revenue.

This is in contrast with more cyclical businesses like automobiles, computer hardware, tourism, construction, or even agriculture.

Ford Motor (NYSE:F) teaches us a good lesson about presuming a dividend paid by a cyclical company is well-protected. When the dividend stalwart began lowering its dividend payment back in 2002, it was largely chalked up to the recession in place at the time. In retrospect, though, we now know it was the beginning of a prolonged era that shook the industry to its core. Aside from the industry's sheer market saturation and the improving lifespan of the average car we started to see around the turn of the century, the company wasn't ready for the mainstreaming of electric automobiles around 2016. It also wasn't quite prepared for the increasingly complicated globalization of the automaking business. Ford didn't restore its dividend until 2012, yet after a few years of payment increases the company once again halted those hikes in 2017...well before the coronavirus took hold.

It's the sort of problem utility companies just don't face.