Virginia-based Kinsale Capital (KNSL -1.37%) operates entirely within the excess and surplus (E&S) insurance industry, a property and casualty market segment. Excess and surplus insurance is a specialty market of hard-to-place risks often not covered by traditional insurance carriers.  Interested in this niche's profitability, CEO Michael Kehoe left James River Group (JRVR -0.62%) and founded Kinsale in 2009. By focusing exclusively on this specific area, Kinsale can leverage its talent and technology to produce outsized returns, as it is the only pure-play insurer in the space. Since its IPO in 2016, Kinsale is up over 800%, averaging a 17% profit margin and 17% return on equity (ROE) over that time.

With this run-up in share price, many investors consider Kinsale too expensive, trading at a price-to-earnings (P/E) ratio of 46 and a price-to-book (P/B) ratio of seven. However, Kinsale's unique focus on the E&S market and massive remaining market share opportunity make it impossible to value using traditional insurance standards. 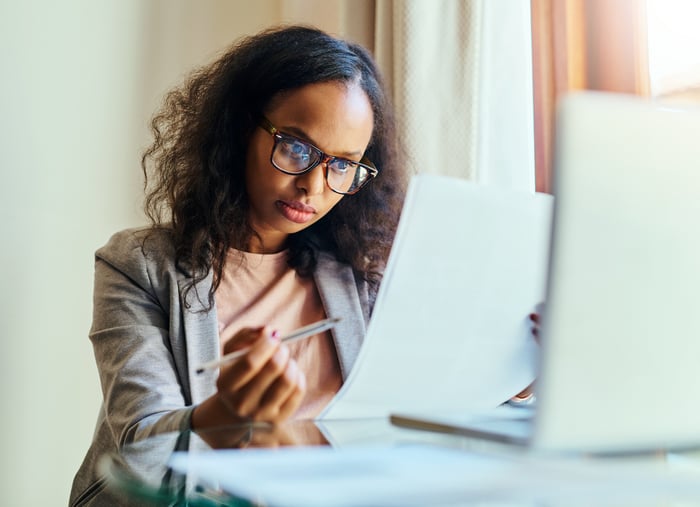 A profitable niche for investors

Operating solely within the E&S market, Kinsale is the only pure-play publicly traded company in this space. This focus gives Kinsale a major advantage over its peers in two ways.

First, its narrow market focus gives the company a streamlined operation, leaving it with a 25% expense ratio versus its peer average of 32%. Simply giving us the costs associated with generating premiums as a percentage of gross premiums written (GPW), these expense ratios show that Kinsale is moving an additional 7% of its revenue straight to its bottom line compared to its peers.

Second, focusing on E&S exclusively, the company can leverage its fully integrated technology and data warehouse to not only maintain current efficiency but locate potential underwriting opportunities. Essentially, as the company writes more premiums, it adds to its data warehouse, improving its underwriting process and so on, creating a beautiful cycle.

While this focus on the E&S market is intriguing on its own, the remaining market share potential for Kinsale adds even more excitement for investors.

Despite growing GPW by 31% annually over the last five years, Kinsale still only has a one percent share of the $56 billion E&S market. As of 2019, Lloyd's Banking Group (LYG 0.44%) led the industry with a 22% share of the market, but the remaining allocation is highly fragmented, as no othercompany accounts for more than a 5% share.  Furthermore, James River Group is the only other company that generates most of its premiums from this specialty market, which Kinsale has exposure to. Using its expertise and historical data within this hard-to-place insurance area, Kinsale is positioned perfectly to continue adding small and medium-sized clients that go overlooked by its peers.

This positioning, paired with the E&S market's compound annual growth rate (CAGR) rate of 4.5% over the last decade, provides investors with a very long growth runway within the insurance industry.

Currently trading with a $4.2 billion market cap, over one-third of Kinsale's valuation comes from its cash and investment portfolio.  This complicates things a little on the valuation front, but its stock ultimately trades with a cheap price-to-cash (P/C) ratio of only 12, especially considering that Kinsale has averaged 38% revenue growth over the last five years. For comparison, the S&P 500 average P/C is 18, while the index's average revenue growth is expected to be 14% in the third quarter.

All in all, Kinsale is a founder-led, specialized cash machine that has captured a mere one percent share of its lone target market. So as we advance, I will be watching the company's growth rates closely, particularly its market share expansion each quarter.

This Unstoppable Growth Stock Is Up 614% in the Last Five Years. Here's Its Secret.