Please ensure Javascript is enabled for purposes of website accessibility
Log In Help Join The Motley Fool
Free Article Join Over 1 Million Premium Members And Get More In-Depth Stock Guidance and Research
By Justin Pope – Aug 27, 2021 at 7:45AM

It doesn't take a lot of money to begin investing. This stock costs around $100 a share and will pay you to hold it.

It doesn't take a lot of money to get started investing. Just $100 can get you a little piece of some of the world's best companies. For instance, shares of tobacco giant Philip Morris International (PM 0.14%) cost around $100 each and even pay you to hold them.

Here are three reasons why Philip Morris International is one of the best stocks you can buy for $100. 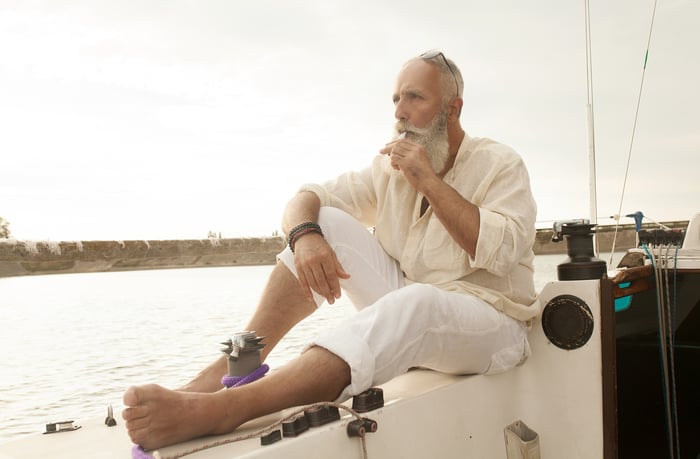 Roughly 1.3 billion people use tobacco products worldwide, and cigarettes are the most common way people consume that tobacco. Philip Morris International is the world's largest publicly traded tobacco company and owns the Marlboro brand of cigarettes, the most popular brand globally, outside the U.S. (Altria Group (MO -0.62%) sells Marlboro through Philip Morris USA in the U.S.).

Smoking rates are dropping in many countries due to the well-known health risks of tobacco use. Philip Morris International publicly acknowledged this in the early 2010s, and started seeking safer alternative products it could successfully market. By 2014, PMI launched the IQOS system, a product that heats tobacco in such a way that it releases the desired nicotine without burning the tobacco. The lack of smoke reduces the number of toxins in the vapor the device produces for inhalation.

In seven years, Philip Morris has made significant progress in developing and marketing its IQOS system, now sold in 67 countries. The tobacco cartridges (HTUs) that are used in the IQOS system now account for about 13% of Philip Morris International's total sales.

The growth in IQOS has partially countered the decline in people smoking cigarettes. In 2014, Philip Morris International produced nearly 856 billion cigarettes for sale, but in 2020 that total dropped to 628 billion, a 26.6% decline. But PMI sold 76 billion IQOS HTUs in 2020, so the actual unit volume decline could be considered closer to 18%.

The addictive nature of its products means tobacco companies maintain some amount of pricing power. Even though Philip Morris International has lost a fifth of its tobacco sales volumes over seven years, annual net revenue has decreased only 3% from $29.8 billion in 2014 to $28.7 billion in 2020. The number of worldwide smokers is projected to increase over the next 20 years, so with continued IQOS success, Philip Morris may actually see its revenue begin to increase consistently again.

2. A "cash cow" with strong financials

Famed investor Warren Buffett once said that the cigarette business was great because it "cost a penny to make" and could be sold "for a dollar." Philip Morris International enjoys robust profit margins, pulling $9.8 billion in cash from its business activities in 2020, or 34% of revenue.

Philip Morris International can use this cash in several ways. It spent several billions of dollars developing and building manufacturing capacity for its IQOS product over the past seven years. It can also use this cash to return money to shareholders via dividends and stock buybacks.

Any leftover cash flows to the company's strong balance sheet. Philip Morris International currently holds nearly $5 billion in cash, but most of its cash flow goes to investors as large dividend payments.

3. It will keep paying you to hold it

Sometimes the best investment is one that keeps paying you, and Philip Morris pays well. One share of Philip Morris will pay you $4.80 to hold it for a year, and management increases that amount every year, going back to its split from Altria 13 years ago.

At the stock's current price, its dividend yield is 4.77%. That's a yield far higher than one would get in nearly all bank savings accounts available to the general public these days. Tobacco stocks have proven resilient over the span of decades and have benefited dividend investors who hold the shares for long periods of time, collecting dividend payments along the way. The company has raised its dividend by 2% to 4% each year over the past five years, so shareholders can count on this large dividend to grow "slow and steady."

One caveat to be aware of is that, while PMI's free cash flow is strong, more of it is going to maintain the dividend payout than in prior years. The payout ratio is hovering around 84.5% and that figure is a bit higher than average for dividend-paying stocks. It will be interesting to see if PMI can continue growing revenue on pace with its dividend growth.

A $100 deal worth considering

Philip Morris wouldn't be a stock worth owning if the roughly $100 per-share price it costs were a bad deal. Management is guiding for earnings per share of $6 for the full 2021 year, so the stock itself is valued at a price-to-earnings ratio of 16.6.

The company's EPS guidance would result in 12% to 14% growth year over year, so its current P/E ratio seems attractive considering the S&P 500 currently trades at a forward P/E ratio of 22, a more expensive valuation for similar growth. Investors get a "little bit of everything" from that combination of growth and dividend yield, making Philip Morris International a stock to consider.