Investing in biotech companies is hard. Shareholders are often subject to wild price swings based on results that may not translate to future studies. But when a drug succeeds, the gains can be extraordinary. That's why it pays to be diversified and make sure you are comfortable with the level of risk in any stock you hold.

ALX Oncology (NASDAQ:ALXO), Vertex Pharmaceuticals (NASDAQ:VRTX), and Beam Therapeutics (NASDAQ:BEAM) are at different stages of the company lifecycle. That means their potential stock volatility and future gains could also be different. Depending on your tolerance for risk, one of them might be the best biotech to add to your portfolio right now. 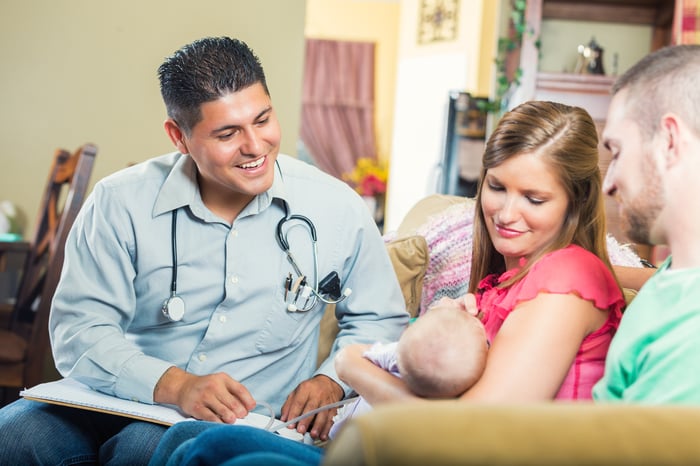 One of the latest methods to fight cancer is to target CD47. It's a protein that sits on the surface of cells and tells the immune system not to destroy it. For that reason, it is called the "don't eat me" signal. And cancer uses it to evade detection. ALX Oncology is one of a number of companies that has developed a method to block the signal so the immune system can do its job.

The approach has spurred several deals in the past 18 months. First, Gilead Sciences purchased Forty Seven last March. Next, AbbVie licensed CD47 assets from Chinese biotech I-MAB last September. Earlier this week, Pfizer announced it was acquiring Trillium Therapeutics. It's clearly an asset that is in demand.

ALX has one primary drug -- evorpacept -- that it is exploring in multiple trials. It's a combination therapy with Merck's Keytruda and is in phase 2. It has five more programs in phase 1. Like other CD47 companies, ALX is targeting blood cancers and hopes to prove efficacy in solid tumors. So far, it has demonstrated impressive response rates without triggering safety concerns. With so much focus on CD47, it might not be long before a larger player decides it doesn't want to be left out of this burgeoning field of cancer therapy. ALX Oncology has something to offer.

If you are searching for a more established company in the biotech industry but still want the potential of a novel approach, Vertex might be for you. The company specializes in treating cystic fibrosis (CF) -- a disease where mucus builds up in organs, most dangerously in the lungs. Management estimates that it treats about half of the 83,000 CF patients in the U.S., Canada, Australia, and Europe. It believes it can eventually treat close to 90% of that population, and it has the track record to get there. Vertex's first CF drug was approved in 2012. Since then, it has obtained approval for three more. Its latest, Trikafta, comes with a price tag above $300,000. But the company has more in its pipeline.

In April, Vertex paid CRISPR Therapeutics $900 million for 60% of its gene-editing therapy for sickle cell disease and beta-Thalassemia. Each has a phase 1/2 clinical study underway. The therapy is a one-time treatment and functional cure. Management expects both studies to complete enrollment before the end of September, and it anticipates filing for approval in the next 18 to 24 months.

Thanks to its continuing innovation in CF, Vertex's revenue has reached $1.8 billion in the first six months of 2021 -- 140% more than it was in 2018. Despite the growth, the stock trades at a multi-year low price-to-sales ratio. 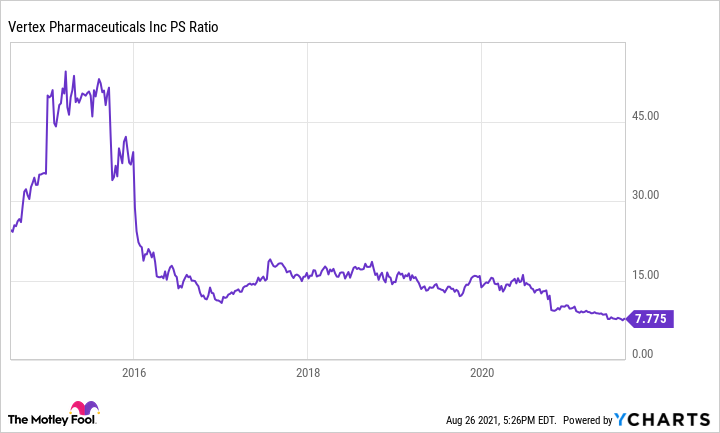 Some on Wall Street are concerned with the company's pipeline beyond CF. That's especially true after it stopped its trial to treat a rare genetic disorder affecting the liver and lungs, even after positive phase 2 data. Management felt that the results wouldn't translate to meaningful clinical benefit.

At least for now, it leaves a proven innovator with a stronghold in one disease area trading at a significant discount to its own historical levels. For more conservative investors, Vertex Pharmaceuticals could be the perfect biotech to add right now.

For more adventurous investors, there is a company with no revenue but a roster of accomplished researchers and a novel idea. I'm talking about Beam Therapeutics, the company that is putting a different spin on gene editing. Instead of CRISPR-Cas9 -- the method that earned its creators the Nobel Prize in Chemistry last year -- Beam uses base editing. It's a kind of chemical eraser and pencil to modify the genome. CRISPR-Cas9 takes an approach that has been likened to scissors.

Management recently announced it will file an Investigational New Drug Application for its own sickle cell disease treatment by December. The drug -- BEAM-101 -- works by preventing sickle cells from forming. Its other treatment for the disease -- BEAM-102 -- works by helping patients create regular blood cells. The company hopes to start studies for it later this year as well. That's great news for investors, who are eager to get data they believe will show Beam's approach is superior to CRISPR-Cas9.

Beam was formed in 2017 by David Liu, Feng Zhang, and J. Keith Joung. Liu is also the founder of Editas Medicine and Prime Medicine. Among his awards and commercial activities, Joung received his Ph.D. in genetics from Harvard University and an M.D. from Harvard Medical School. Zhang is a CRISPR pioneer whose team at the Broad Institute -- a research organization associated with both Harvard and the Massachusetts Institute of Technology -- fought a years-long battle over patents for the CRISPR-Cas9 technology. Although the Novel Prize went to his rivals, Zhang's team was actually the first to receive patents covering the use of the approach in cells.

Beam is early in its journey to revolutionize genetic medicine. Still, the founders continue to extend our capabilities. Liu followed up the 2016 invention of base editing with prime editing in 2019. For his part, Zhang recently introduced a novel way to deliver messenger RNA to cells. Although neither will be the property of Beam, both men continue to serve as advisors to the company. For investors with the stomach to handle the uncertainty, Beam Therapeutics could be the best biotech to buy right now.