Please ensure Javascript is enabled for purposes of website accessibility
Log In Help Join The Motley Fool
Free Article Join Over 1 Million Premium Members And Get More In-Depth Stock Guidance and Research
By Jason Hawthorne, Rachel Warren, and Steve Ditto – Aug 4, 2021 at 6:45AM

These companies could upend the industry in the years ahead.

Healthcare has undergone massive changes in the past decade. A global pandemic will overshadow much of it in the eyes of history, but legislation, reimbursement changes, and scientific breakthroughs permeated the 2010s. It probably leaves investors wondering what the next decade has in store.

No one can predict the future -- at least not the details. But scientific breakthroughs are sure to continue. And the changes brought on by the pandemic have opened our eyes to the possibilities of virtual care and genomic medicine. That's why three Fool contributors think Trillium Therapeutics (TRIL), Teladoc Health (TDOC -3.40%), and Pacific Biosciences of California (PACB -2.32%) could offer massive returns over the next 10 years. 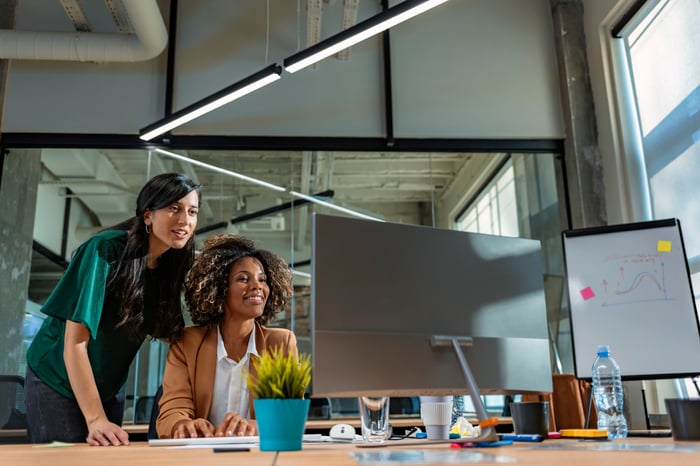 A new way to fight cancer

Jason Hawthorne (Trillium Therapeutics): One of the more promising advances in cancer therapy has been to target the CD47 protein -- referred to as the "don't eat me" signal -- it uses to hide from the immune system. The approach has shown some early success, leading to a lot of competition and billions in deals for CD47 assets. Just last year, Gilead Sciences bought Forty Seven for $4.9 billion and AbbVie inked a deal with Chinese biotech I-Mab that could be worth as much as $2 billion. Perhaps fearing it was being left behind, Pfizer invested $25 million in tiny Trillium Therapeutics. Based on early results, the smallest of the bunch could end up producing the biggest rewards.

With a market cap of only $650 million, clinical success would likely vault Trillium into the company of the others, producing huge gains. Despite trailing them on the calendar, Trillium's two drug candidates -- TTI-621 and TTI-622 -- have demonstrated early results that are in some ways more impressive than the others. Trillium's candidates have avoided the drawbacks of many others targeting CD47.

Most impressively, both have shown monotherapy activity -- used on their own, without other treatments. Those results are enhanced when combined with other drugs. As a single agent, the two drugs have demonstrated potentially best-in-class response rates. The company is parlaying its preclinical success into multiple studies in seven indications -- four blood cancers and three in solid tumors.

CEO Jan Skvarka said its drugs have shown "substantial" anti-tumor activity and have given management a "strong basis" for testing it in solid tumors. For now, he believes there are about 30,000 patients per year in the U.S. who could benefit from the drugs. For the longer term, Skvarka is thinking bigger. Last year, he said the ultimate goal was "to challenge chemotherapy."

Trillium's stiffest competition could be Forty Seven's magrolimab. That drug has already been granted breakthrough designation in myelodysplastic syndrome by the Food and Drug Administration and is currently in phase 3 trials. It's also in three other phase 1b trials. Still, Trillium's early success and grand ambitions could make it the CD47 stock to own. Like all small biotechs, it comes with substantial risk. But an appropriately sized position could fatten shareholders' portfolios over the next decade.

A leader in the future of healthcare

Rachel Warren (Teladoc Health): The pandemic changed the way many people approach basic aspects of everyday life. From work to school to social activities, people turned to virtual options to facilitate these essential needs when stay-at-home orders forced much of the world to shelter in place for weeks or months at a time. Unsurprisingly, consumers also turned to virtual solutions so they could receive quality healthcare from the comfort of home. And more often than not, these visits were conducted on the behemoth digital healthcare platform Teladoc Health.

According to a report by Research and Markets, the global telemedicine market surged from an $11.3 billion valuation in 2019 to nearly $31 billion in 2020, and is expected to be valued at nearly $92 billion by the year 2026. Another report by market research provider Prescient & Strategic Intelligence estimates the telemedicine industry will amass global revenue to the tune of more than $144 billion as of 2030.

Teladoc remains the top provider of telemedicine services in the world, with more than 52 million paid members in the U.S. alone as of its second-quarter earnings report. The healthcare stock is rapidly expanding its platform offerings, which cover a host of specialties from primary care to mental healthcare to chronic condition management. Teladoc also closed two major acquisitions in 2020 (Livongo and InTouch Health), both of which further established the platform as an all-inclusive solution for 24/7 virtual care and vastly expanded its potential membership base.

In the first and second quarters of 2021, the company reported respective revenue increases of 151% and 109% from the year-ago periods. Meanwhile, visits on Teladoc's platform surged by 56% and 28% year over year in these two quarters. Even though the company isn't yet profitable and its net losses were notably higher in the first half of this year compared to the first half of 2020 -- due in large part to the purchases of Livongo and InTouch Health -- these losses are narrowing. In the first quarter of 2021, the company recorded a net loss of $199.6 million, while its net loss fell to $133.8 million in the second quarter. Another positive sign for Teladoc's future profitability is its adjusted earnings before interest, taxes, depreciation, and amortization, or EBITDA. In the first two quarters of 2020, this metric increased by 429% and 154%, respectively, year over year.

Impressive revenue and platform growth was standard fare for Teladoc prior to the pandemic. For instance, in 2018 the company's revenue increased 79%, and its revenue grew by 32% in 2019.

Given Teladoc's fantastic track record of growth, continued successes throughout the pandemic, and rosy financial expectations -- the company is projecting about $2 billion in revenues for the full-year 2021 compared to $1.1 billion in 2020 -- why isn't its share price reflecting these factors? This can likely be attributed to a range of factors, including shifting investor sentiments as economies reopen and Teladoc's lagging bottom line.

However, analysts still think the stock could have upside potential of more than 90%. Long-term investors who have the patience to wait for Teladoc to realize its upside potential as its industry continues to grow and its bottom line creeps closer to positive territory could see notable portfolio returns from share price increases over the next decade. And given that the stock is trading down 25% year to date, you can snag the company at a bargain, sit on it for years, and let the returns flow in.

A challenger in the sequencing market

The human genome comprises 3.05 billion DNA base pairs which are organized in sequences, much like the ones and zeros of computer code, to determine our genetic code. DNA sequencers read these base pairs to help scientists understand which genes control different hereditary features and identify gene variations that may cause diseases. For years, researchers had to make a choice between the ability of different DNA sequencing technologies to balance the length and accuracy of each read.

Short read sequencing, which was pioneered by market leader Illumina, divides DNA into shorter segments for analysis. This process is accurate but can leave gaps in hard-to-sequence areas of the gene and misses some genetic variations. As a consequence, the Human Genome Project, which was declared completed in 2003, was actually missing 8% of the genome.

Long read sequencing, being pioneered by PacBio, lets scientists delve deeper into the gene. The result is a more complete DNA map that enhances the ability to spot complex structural variants causing many diseases. PacBio recently showed the advantage of its long read sequencing HiFi technology by helping a team of scientists complete the missing sequences and errors in the Human Genome Project.

ARK invest CEO Cathie Wood is a big believer in PacBio and its HiFi approach. ARK exited its entire Illumina position in the ARK Genomic Revolution ETF in 2020 on the belief PacBio and HiFi sequencing would be able to deliver the benefits of long read sequencing at a cost comparable to short read sequencing. If true, this development would open up entirely new use cases and markets for PacBio. The ARK thesis may be playing out, as PacBio recently signed a collaboration agreement with Invitae, a leader in genetic testing, to expand its whole genome testing capabilities.

By the end of 2020, PacBio had deployed 203 sequencing systems and generated revenue of almost $79 million against an operating loss of $104 million. To achieve profitability, PacBio will need to continue lowering the cost of its technology to spur broader adoption. As a step toward that goal, PacBio recently announced the acquisition of Omniome and its Sequencing by Binding (SBB) chemistry. The goal is to incorporate SBB into PacBio's solution to make its cost and accuracy on par with short read sequencing.

If successful, PacBio's HiFi sequencing technology could become the core engine driving what many are calling the Genomic Revolution. The overall sequencing market is projected to grow to $40 billion by 2030 giving PacBio a long runway to substantial growth. For patient buy-and-hold investors, $5,000 invested in PacBio could make you rich over the next 10 years.