Editor's Note: This article was updated on Aug. 31 to reflect that Labaton Sucharow was representing investors with a short position in Cassava Sciences when it filed the citizen petition filed with the FDA as well as more recent data on the outcomes of citizen petitions.

Shares of Cassava Sciences (SAVA 1.25%) are falling off a cliff yet again today, down 25% to $53 apiece as of 10:30 a.m. EDT. The company is investigating its lead drug candidate, simufilam, for treating Alzheimer's disease.

On Aug. 27, Quanterix (QTRX 4.72%), a third-party lab involved in the sample testing of simufilam's disputed phase 2 results, released a statement saying that it "did not interpret the test results or prepare the data charts" regarding a key presentation on simufilam during the Alzheimer's Association International Conference (AAIC) last month. Two days prior, Cassava Sciences argued for the independency of its result in the presentation by claiming Quanterix had generated them. 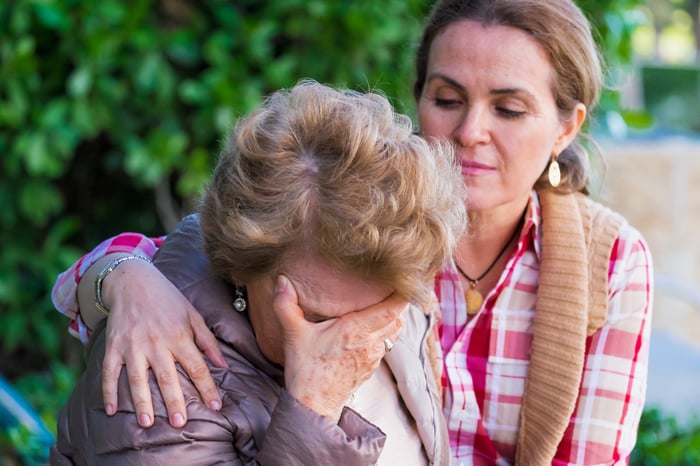 Cassava Sciences is the target of a citizen petition by New York securities litigation firm Labaton Sucharow, which said in an Aug. 26 press release that it represented clients who have short positions in Cassava Sciences. The firm calls for the U.S. Food and Drug Administration to halt simufilam's phase 3 trial alleging data manipulation and biomedical image manipulation in prior studies. One key component of the allegation is that, by simple visual inspection, Cassava Sciences had failed to account for an outlier value in its AAIC presentation that would have overthrown its claims about simufilam's efficacy. The company has since removed the questionable plot in its presentation. It is unknown at this point if this was a miscalculation, a presentation error, or intentional data manipulation.

Simufilam is a somewhat promising yet highly controversial potential treatment for Alzheimer's disease. There were already heated debates about the drug's results beforehand, and doubts about the company's scientific integrity only add fuel to the flames. At the minimum, investors should wait until the FDA decides on the citizen petition before making a move on the biotech. In 2020, the agency rejected all of the 13 petitions filed though they have accepted rare petitions in the past. But investors may want to consider the risk of an outlier event where the regulatory hammer comes striking down.