Cathie Wood thinks these companies will beat the market. Here's why they could be big winners for you, too.

Cathie Wood's ARK Invest firm has become famous for its hyper growth-focused approach to the stock market. Wood's teams look for innovative companies that have the potential to shape and benefit from far-reaching, revolutionary trends -- the kind of characteristics that have helped Tesla stock climb more than 1,500% over the last five years.

On the lookout for companies promising huge gains, a panel of Motley Fool contributors has identified three stocks held in ARK funds that could go on to post incredible returns:JD.com (JD 5.00%); Teladoc Health (TDOC 0.69%); and Spotify (SPOT 1.08%). Read on to see why they think that these companies have what it takes to deliver hyper growth for your portfolio. 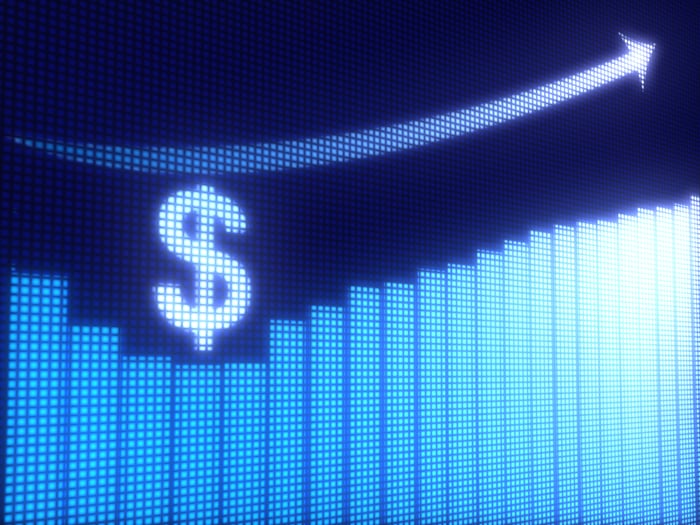 This e-commerce leader is worth the risk

Keith Noonan (JD.com): This one's a bit tricky. Chinese e-commerce company JD.com has a stellar business. It stands as China's second-largest e-commerce company, trailing only Alibaba. It's significantly differentiated through its focus on high-quality, brand name goods and its top-tier logistics business. It also has an expanding healthcare and pharmaceuticals segment. JD stock even looks quite cheap by many metrics, but there's an elephant in the room.

China has ramped up regulatory pressures and taken a tighter stance against large, influential internet companies over the last year, and the possibility exists that worsening relations with the U.S. could create headaches for shareholders. So, while the stock looks attractively valued and could go on to post stellar returns, it's probably not a great fit for investors without high-risk tolerance.

You can certainly count Cathie Wood in the "high-risk tolerance" category, but the famous growth investor also believes that the current situation could ease and give way to big opportunities. "I'm not pessimistic about China longer run because I think they're a very entrepreneurial society," she said in an interview with Bloomberg that touched on ARK's recent purchase of JD stock.

ARK Invest made a major new investment in JD following the blowout second-quarter results the company posted on Aug. 23. The e-commerce specialist's earnings crushed expectations, and revenue surged nearly 38% year over year in the period. With such impressive growth, shares actually look quite cheap, trading at roughly 59.5 times this year's expected earnings, and the company is valued at just 0.8 times expected sales.

Again, investors will have to keep their risk tolerance for volatility in the Chinese market in mind with JD stock. With that potential cause for caution noted, this is a great company that still has huge room for growth, and I think there's a great chance that the stock will crush the market over the next five years.

Jason Hall (Teladoc Health): Cathie Wood looks like a believer in the potential for telemedicine and virtual healthcare; only second to Tesla, Teladoc Health makes up more than 5% of the ARK Innovation ETF (ARKK 0.69%) as of Aug. 27, 2021.

So what makes Teladoc Health so emphatically a Cathie Wood stock? One very important reason is the mega trends that are driving its prospects. The demographic shift in the U.S. and other developed countries of baby boomers entering their senior years is huge. The last boomer will turn 65 in 2029, pushing the 65-plus population above 80 million in the U.S. -- double the count in 2010. Seniors use significantly more healthcare than younger people, and technology that can improve access to care, lower costs, and improve patient outcomes will be critical to serving the needs of the burgeoning seniors population. That's Teladoc.

The recent results back up its potential. Teladoc reported 109% revenue growth in the second quarter, and patient visits increased 28% to over 3.5 million. The company also announced agreements to expand use of its chronic care solutions and mental health services -- more ways telehealth and technology can improve the lives of people while also lowering the costs of care for providers.

To put it plainly, we are seeing evidence that Teladoc isn't a COVID-19 stock. Yet shares are still down more than half from the high, representing a great opportunity to buy this top Cathie Wood stock and hold on to it for years to come.

Spotify podcasting ambitions are a gamechanger

Jamal Carnette (Spotify): This company is down nearly 30% year to date, a drastic reversal from the 110% return last year. Spotify has unfairly been branded a stay-at-home stock and has seen shares decline along with many other high-growth technology names. Although the stock might be taking a breather, the company is well on its way to solving its biggest problem -- powerful suppliers.

The music industry is notoriously concentrated with the "Big 3" record labels representing a whopping 68% share of the total market. Against that backdrop, the music industry can demand lucrative rights fees, making it difficult for Spotify to make a profit. This is particularly true in regard to the bulk of Spotify's monthly active users whose listening is supported by advertisements.

Spotify's goal is to eventually turn many of these ad-supported listeners into more lucrative subscribers, but that's a more difficult process when competing against free outlets like radio and other options like Apple Music.

However, Spotify might have found the cheat code to boost subscriptions while pushing back against a powerful supplier: exclusive podcasts. Not only are podcasts popular with listeners, but they also have the added benefit of not being represented by music labels.

Boosted by popular podcaster Joe Rogan, Spotify continues to increase the number of paying subscribers. Last quarter the company added 27 million subscribers over the prior year to 165 million, a figure that came in at the top of management's expectations. As a result, Spotify's $2.75 billion in revenue topped analyst expectations of $2.23 billion.

Spotify's success in podcasting is getting Big Tech's attention. Two of the FAANG cohorts -- Apple and Netflix --have announced initiatives to move more forcefully into the format, with Apple starting a new podcast subscription service and Netflix hiring executives to bolster its audio offerings. It's clear that podcasting is becoming more popular with consumers, and no company is likely to benefit as much as Spotify.