The retail giant crushed local store owners. Now it wants to deliver their packages for them.

Having crushed many smaller retailers by undercutting them on price and selection, Walmart is now looking to help them ahead of what's sure to be a busy Christmas season. UPS and FedEx are expecting to be swamped with deliveries.

It's hardly an altruistic effort because the mega-retailer sees the potential to encroach on the lucrative last-mile market dominated by its archrival, Amazon.com (AMZN 0.24%). Walmart began testing branded van delivery earlier this year when a small fleet began servicing the local Arkansas market where the retailer is headquartered. 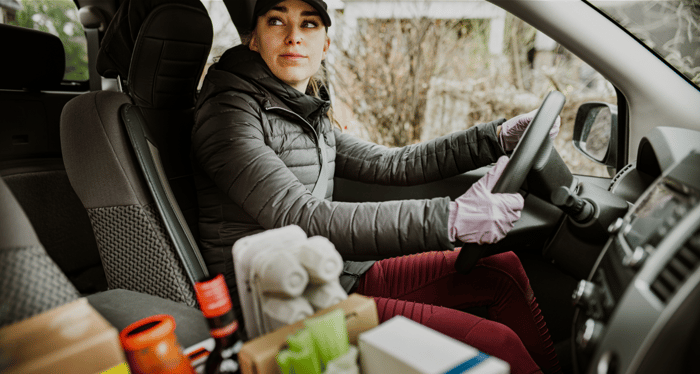 Serving up a menu of new services

The first hint that Walmart intended to go beyond its own ecosystem was when it announced in July that it would sell to other retailers its e-commerce technology that allows shoppers to buy items online and pick them up at the store. Walmart started integrating its Marketplace platform with the commerce platform of Adobe, allowing the software giant's merchants to use the mega-retailer's cloud-based capabilities to provide pickup and delivery to their own customers.

It's not unlike Amazon selling its "just walk out" payment technology to other retailers and supermarkets. There's an opportunity to make more money by distributing its technological prowess to other businesses instead of keeping it all in-house.

On last week's earnings call, Walmart President and CEO Doug McMillan said, "These are a few examples of how we're using our assets to scale new businesses within the company and build new streams of revenue and profit."

Walmart has invested billions of dollars in its supply chain in a bid to support its stores and distribution centers -- and earlier this year, the retailer announced it was stepping up those capital expenditures with a special focus on the supply chain.

The pandemic has also benefited Walmart because it was allowed to remain open as a so-called "essential business" even as many competitors were forced to close. The company intends to use the advantage it gained at the expense of rivals to widen its gap with them.

It needs to because Amazon is quickly narrowing Walmart's lead as the largest U.S. retailer. The e-commerce leader is expected to surpass Walmart as the biggest by 2025 even though most of Amazon's sales come from third-party retailers.

Walmart executives revealed to advertisers that it is losing market share in groceries, "the growth engine of the business," and noted that privately owned Instacart is on nearly equal footing in grocery delivery.

By offering its own delivery services to both national and small business accounts -- while also providing them with the technology to have an effective e-commerce presence of their own -- Walmart hopes to preserve its retail leadership.

A chance to open a new stream of revenue

The upcoming holiday season could be an important test for Walmart's new strategy. UPS is expecting that delivery demand from retailers will exceed the capacity of delivery carriers by 5 million packages a day during the Christmas period.

While that provides an opportunity for Instacart, DoorDash, Uber, and other third-party delivery services to increase their load, it also gives Walmart a chance to launch a delivery business of its own that can hit the ground running and immediately generate a return.

Whether it can become a meaningful contributor to Walmart's overall business is the question. There may be some reluctance to partner and give up data and customer information to the retail giant that has siphoned off so much business already from small businesses, but Walmart has the scale to make GoLocal a tough competitor by underpricing competition, which would be attractive to small merchants.

GoLocal will also apply significant pressure to existing delivery services that currently find it difficult to be consistently profitable. Walmart has the financial wherewithal to finance a loss-generating fulfillment service. So while it may not do much for the bottom line right now, it could result in the retail giant gaining considerable leverage later on.