Please ensure Javascript is enabled for purposes of website accessibility
Log In Help Join The Motley Fool
Free Article Join Over 1 Million Premium Members And Get More In-Depth Stock Guidance and Research
By Keith Noonan – Aug 30, 2021 at 11:48AM

A huge partnership for a competitor is powering big gains for the fintech stock.

Shares of Katapult Holdings (KPLT 6.95%) are surging in Monday's trading. The company's stock was up roughly 36% in the session as of 11:00 a.m. EDT, according to data from S&P Global Market Intelligence.

Today's rally comes on the heels of a roughly 17% increase for the company's share price on Friday and appears to be driven by favorable developments for an adjacent company in the buy-now-pay-later space. Affirm Holdings' (AFRM -1.73%) consumer financing services are being integrated into the Amazon e-commerce marketplace, allowing users to purchase items at no initial cost and then pay them off in installments. Affirm Holdings stock is up roughly 41% in today's trading as of this writing. 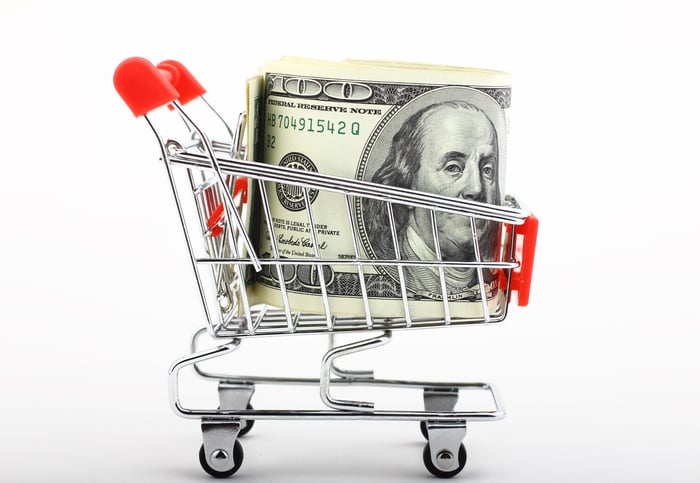 Katapult Holdings is making huge gains thanks to indications that its services could soon be usable through Amazon and other e-commerce players, but the gains also have to be put in context. The stock plummeted after mixed second-quarter results published on Aug. 10 and news that the company was withdrawing its full-year sales guidance. 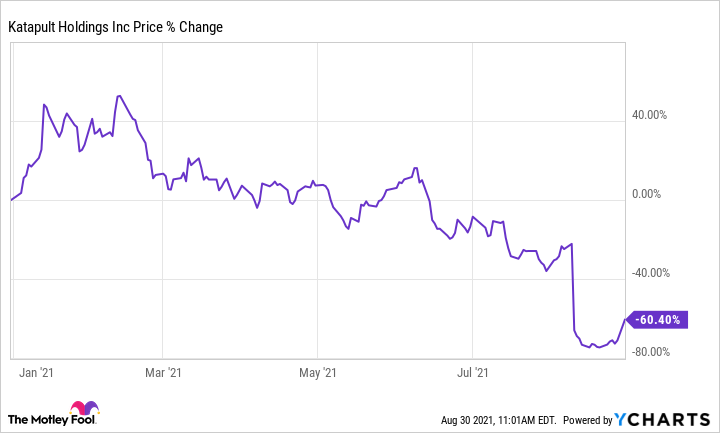 Management cited shifting e-commerce and consumer spending behavior forecasts as reasons for taking its targets off the table, but new integration with major online retailers would likely take much of the sting out of the withdrawn guidance.

Katapult Holdings is a fintech company that provides financing services, with most of its offerings being tailored to users who might not otherwise be able to secure funding options. However, it's much smaller than Affirm Holdings, and it's possible that leading e-commerce companies and users will primarily opt to deal with the larger player.

Prior to withdrawing its full-year estimates, Katapult Holdings had been expecting revenue to come in between $425 million and $475 million. With a current market capitalization of roughly $475 million and what looks to be a relatively asset-light business model, the company looks cheaply valued from some vantages. Integration with Amazon or other large e-commerce platforms would be a substantial boon for Katapult and potentially help spur adoption for its services among millions of new users.

On the other hand, there's still a lot of uncertainty on the horizon for the business. It's unclear whether Katapult will be able to secure favorable partnerships with major e-commerce players, and buy-now-pay-later providers also risk having their models disrupted by new regulations. The stock is still beaten down following its Q2 report and could go on to see more big gains in the near term, but investors should move forward with the understanding that wins for Affirm Holdings won't necessarily translate into big gains for Katapult stock.