Which cloud-oriented stock is the better investment right now?

Domo (DOMO -2.89%) and Datadog (DDOG -5.09%) might not be familiar names to many tech investors, but both cloud-oriented stocks outperformed the Nasdaq Exchange's 30% rally over the past 12 months. 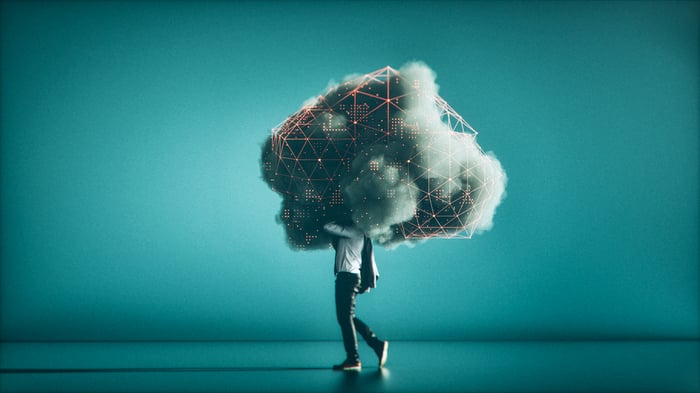 What do Domo and Datadog do?

Domo and Datadog both break down silos across companies and pull their fragmented data onto unified dashboards. However, the two companies break down different types of silos.

Domo's platform enables executives to manage their companies through their phones via data visualization and management tools. It gathers data from a wide range of computing platforms and software applications, then organizes that data onto a unified dashboard to help executives make informed business decisions. Domo also provides collaboration and marketing tools for employees.

Datadog's platform enables IT professionals to simultaneously monitor the performance of multiple servers, databases, cloud services, applications, and mobile apps through unified dashboards. That unified view makes it easier to diagnose problems while saving a lot of time and money.

How fast are Domo and Datadog growing?

Domo's growth is steady because it generated 87% of its revenue from subscriptions in the first half of 2021. It ended the second quarter with a net retention rate of over 100%, while 60% of its customers were locked into multi-year contracts -- compared to 58% in the prior-year quarter.

The gross margin of that subscription revenue has also gradually expanded over the past three and half years, supported by the stickiness of its services and lower cloud hosting costs.

Datadog's gross and operating margins expanded in 2020, but its gross margin dipped in the first half of 2021 as it integrated its recent acquisitions of the data visualization companies Timber and Sqreen.

Datadog has kept its dollar-based net retention rate above 130% for 16 straight quarters. Last quarter, 70% of its customers were using two or more of its products, up from 68% in the prior-year quarter. Those numbers indicate Datadog's "land and expand" model -- wherein it locks in a customer with a single product to cross-sell additional ones -- is still paying off.

Which company has a clearer path toward profitability?

Neither of these companies is consistently profitable on a GAAP basis yet. But on a non-GAAP basis, Datadog is in much better shape than Domo.

Domo trades at 11 times this year's sales. That makes it comparable to Salesforce (CRM -4.54%), which expects to grow its revenue 23%-24% this year and trades at 10 times that estimate.

Datadog trades at 45 times this year's sales. Datadog is growing about as fast as Twilio (TWLO -3.72%). Analysts expect Twilio's revenue to rise 52% this year, and its stock trades at 24 times that forecast.

Based on those comparisons, Domo seems much more reasonably valued than Datadog, which is arguably priced for perfection at these frothy levels.

Domo generates predictable growth at a reasonable valuation, while Datadog generates faster -- but decelerating -- growth at a much higher valuation.

I'm not a big fan of either stock right now. Domo's growth is stable, but Salesforce -- which competes against Domo with Tableau -- is generating stronger growth at a lower valuation. Salesforce is also consistently profitable by GAAP and non-GAAP measures.

Datadog's revenue growth is impressive and its profitability is improving, but its stock is simply too expensive. If Datadog's growth abruptly stalls out and it loses ground to similar companies like Splunk, investors shouldn't be surprised if its stock gets cut in half.

So for now, I believe Domo is the better cloud-oriented play, and it should continue to outperform Datadog throughout the rest of the year. However, investors should shop around before deciding if Domo is the right fit for their portfolios.