The drone maker plummeted after it reported earnings that didn't achieve liftoff.

Shares of AeroVironment (AVAV 1.66%) were trading sharply lower on Thursday morning. The drone maker had a rough landing, falling as much as 13% in early trading. As of 2:35 p.m. EDT, the stock was still down 12.3% compared to Wednesday's closing price.

AeroVironment reported the results of its fiscal 2022 first quarter (ended Jul. 31, 2021), and while revenue was better than expected, profits were nowhere to be seen. 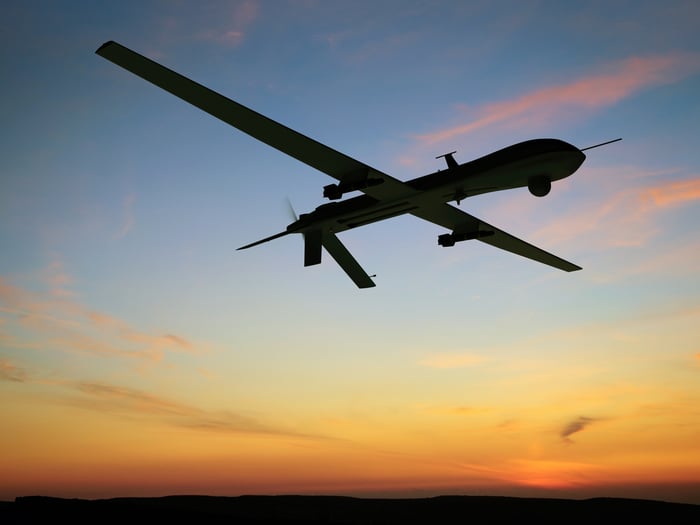 The company reported revenue of $101 million, up 16% year over year. At the same time, AeroVironment swung from a profit to a loss, delivering an adjusted loss per share of $0.17. To give those numbers context, analysts' consensus estimates were calling for revenue of $96.48 million and an adjusted per-share loss of $0.24.

On a positive note, management maintained its full-year guidance and said it was "on track" to meet its fiscal 2022 objectives.

One metric investors should watch is AeroVironment's funded backlog, frequently referred to as remaining performance obligation (RPO). This metric measures sales that are contractually obligated, but that have not yet been recognized as revenue. While sales can be lumpy from quarter to quarter, RPO provides a glimpse into future revenue.

Management said it ended the quarter with a record-setting RPO of $257.7 million, up nearly 22% sequentially. This illustrates that while sales are ongoing, they haven't all been counted as revenue. However, a growing backlog bodes well for future quarters.