Shares of mobile gamer Zynga (ZNGA) surged 8% higher through 3 p.m. EDT Friday in the wake of a landmark legal decision against Apple (AAPL -0.34%).

As Bloomberg reported today, the U.S. District Court has just ruled (in Epic Games' lawsuit against Apple) that Apple "must let developers of mobile applications steer consumers to outside payment methods," and not require that all in-game purchases be run through the App Store (with Apple taking a 30% cut of the revenue). 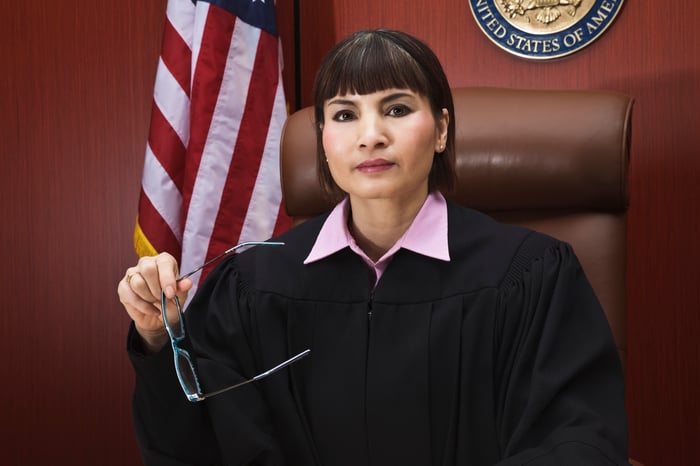 This is bad news for Apple, disrupting its 20% market share of "the $100 billion market for mobile games," observes Bloomberg -- but it's pretty great news for Zynga, which -- thanks to Epic's lawsuit -- will now be able to keep more of the money that gamers spend within its games.

The ruling stopped short of declaring Apple a "monopolist" in the gaming industry, but did call Apple's actions anticompetitive and harmful to consumers, and warranted a "nationwide remedy" that will benefit not just Epic, but gaming companies such as Electronic Arts (EA 0.50%), Activision Blizzard (ATVI 0.76%), and Zynga as well.

To be clear, Apple gets to keep its App Store, and if gamers find it more convenient to pay for in-game purchases through that store, they still can do that -- in which case, Zynga will still lose the 30% commission to Apple. But consumers will now have the option to buy in-game items outside the App Store on a Zynga site, and if Zynga can make it easy enough for them to do that, then it stands to profit handsomely from today's ruling.