Please ensure Javascript is enabled for purposes of website accessibility
Log In Help Join The Motley Fool
Free Article Join Over 1 Million Premium Members And Get More In-Depth Stock Guidance and Research
By Daniel Foelber – Sep 18, 2021 at 9:44AM

Coinbase has its risks, but rapid growth and a discounted stock price make it too cheap to ignore.

No matter the sector or industry, top-tier growth stocks all share the same fundamental attributes. From Tesla to Netflix to Adobe, these companies are able to expand their businesses, retain a slew of competitive advantages, and capitalize on paradigm-shifting trends.

After less than a year on the public markets, Coinbase (COIN -2.83%) is already posting some jaw-dropping growth numbers. But rather than getting the kind of premium valuation given to other growth stocks, shares of Coinbase have been tumbling, even as it reports higher revenue and net income.

So what gives? Let's figure out why Coinbase stock is struggling, and whether it is becoming both a growth stock and a value play. 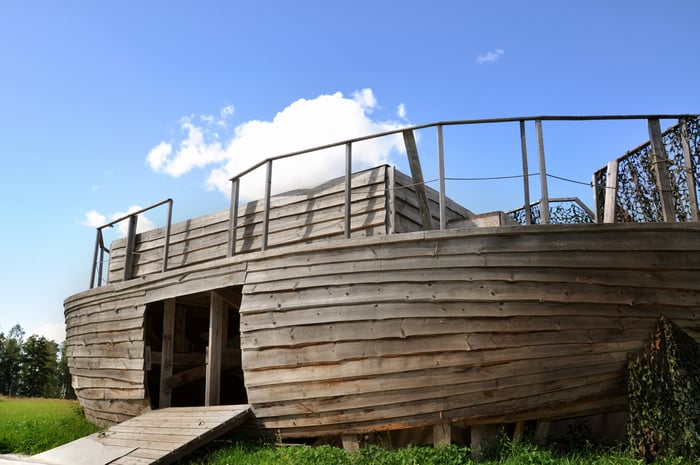 Coinbase has garnered interest from famed growth investor Cathie Wood, the CEO of Ark Invest. According to a database called Cathie's Ark, The investment firm's suite of funds has a combined interest of 5.95 million shares of Coinbase, worth $1.46 billion as of this writing. Making up 3.4% of total assets under management, Coinbase has become one of Ark's largest holdings.

The investment thesis for Wood and her team is that cryptocurrency adoption will grow in the coming decades as more companies hold Bitcoin on their balance sheets. Coinbase's numbers reflect a trend toward both higher assets on platform (AOP) and consistently higher trading volumes. Although Coinbase makes money on both the buy and sell sides of a cryptocurrency trade, it's naturally going to make more money if cryptocurrency prices are going up. Inflows tend to be correlated with higher cryptocurrency prices as new investors are attracted to an appreciating asset, and existing users benefit from capital gains.

But Coinbase's second-quarter earnings report proved the company could make hay even as cryptocurrency prices plummeted (the value of Bitcoin fell over 40% during the period).

Although second-quarter AOP was down 19% sequentially (mostly due to declining cryptocurrency prices), a 38% quarter-on-quarter increase in trading volume resulted in higher revenue and profits. The year-over-year figures are even more impressive as Coinbase's revenue was up 12-fold and net income up 50-fold.

Granted, Coinbase benefited from a one-time income tax benefit of $737.5 million. Its second-quarter adjusted EBITDA was $1.15 billion, reflecting a more accurate picture of its earnings.

Despite the fact Coinbase is now earning much more revenue and net income than it did in 2020, its trailing twelve-month (TTM) financial metrics put the stock in value territory. Its price-to-sales (P/S) ratio is 12, which is high even for most growth stocks, but what separates Coinbase from other growth stocks is its ability to rake in a ton of profit.

Simply dividing the market cap of Coinbase by its TTM net income would give it a price to earnings (P/E) ratio of around 20. However, due to share dilution, Coinbase's diluted P/E ratio is closer to 23, and its price-to-EBITDA ratio is similar. Simply put, the stock is inexpensive, especially once you consider the S&P 500 has a P/E ratio of over 31.

Coinbase's monster growth rate and attractive valuation haven't done enough to quell investor fears that the cryptocurrency craze is too unpredictable. The biggest risk facing Coinbase isn't SEC regulation or competition (although these are real risks) -- it's a slowdown in cryptocurrency trading volumes or a collapse of the asset class altogether. Coinbase can put up all the earnings beats in the world, but if there's a large enough belief its best days are behind it, then investors won't bid the stock up higher.

Another risk is that more competitors will enter and commoditize the industry. Coinbase's margins largely depend on its trading fees, which could decrease over time as users gravitate toward cheaper options as they have with stock trading. Coinbase has a reputation for great security, a user-friendly interface, and great tax accounting, but those competitive advantages will only go so far when customers are price takers willing to swap cheaper trading fees for an inferior experience.

Is Coinbase a buy?

Investing in Coinbase probably only makes sense if an investor believes in the long-term future of cryptocurrency. Yet even with that backdrop, there's the threat of higher competition and declining margins as the cryptocurrency industry matures.

As the leader in a growing space, there's reason to believe Coinbase can make up for a margin shortfall by adding more products and services, growing its AOP, and benefiting from a huge addressable market. All stocks have their risks. The good thing about Coinbase is that its risks are fairly out in the open. For investors willing to take them on, Coinbase looks like a great buy given its torrid growth rate and inexpensive valuation.

The Implosion of FTX Is Not Good News for Coinbase
356%