It's critical to keep an open mind.

If you were one of the prescient investors who understood the merit of Moderna (MRNA 0.48%) before its impressive (and rapid) work on the coronavirus vaccine, congratulations! I can't say that I was. But fear not, today's market offers plenty of chances for investors to enjoy significant returns by buying an overlooked stock.

As a (formerly) longtime Moderna skeptic, my wariness remained strong, even throughout its vaccine development work last year. Ultimately, my hesitations caused me to miss out on stellar returns. Let's take a walk down memory lane and examine my mistakes so you can avoid missing your window of opportunity with similarly explosive stocks. 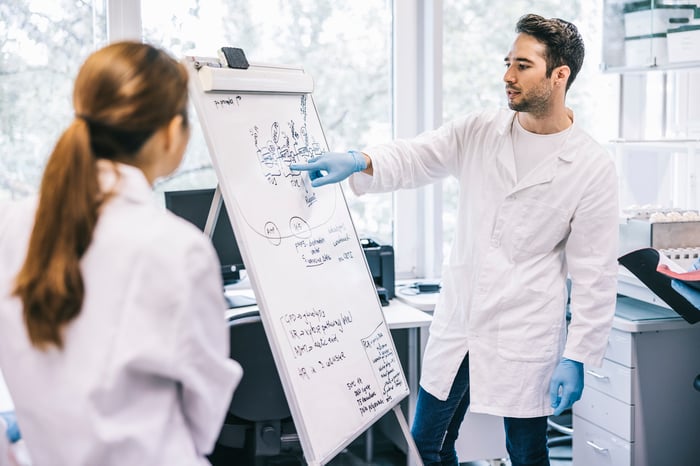 A rocky start for the promising biotech

The mid-2010s were not a great time for Moderna. Prior to its 2018 initial public offering, it faced criticism regarding the compensation of its executives. And before that, its general attitude of secrecy toward the scientific community garnered disdain. Both of these issues were concerning for investors like myself.

Moderna had no drug candidates close to being approved in 2018. The company's only revenue was $135 million that was generated from collaborations. Meanwhile, the CEO's compensation was a whopping $58.6 million -- the highest of any biopharma executive at the time.

Still, for a company that in principle should have been living lean and stretching every dollar until establishing a source of recurring revenue, I raised my eyebrow at the lavish pay. But the issue of scientific secrecy loomed as a larger investment risk in my mind.

It's easy to miss diamonds in the rough

Typically, biotech companies conduct research and then publish the results in academic science journals, assuming that the results are notable and positive. Getting published in prestigious journals helps nascent companies build credibility and visibility.

Publishing studies also enables the scientific community to examine the merits of a company's therapeutic or technological approach. The reviews provide an additional level of protection to investors in the form of third-party scientific oversight. As a former researcher, I especially value the opportunity to benefit from that oversight. Moderna was not doing much in the way of publication. In 2016, the editorial board of Nature Biotechnology, one of the most prestigious scientific journals, called out Moderna's conspicuous lack of publications regarding its technology platform and its clinical programs.

While it's true that sometimes there's no data worth publishing, I found the company's silence to be suspicious. And I wasn't alone: The editorial board made a direct comparison between Moderna and Theranos, a similarly tight-lipped but private biotech that was later disgraced.

Once Theranos disintegrated and its early investors got crushed, I couldn't stop thinking about the lack of evidence to support Moderna's claims about its mRNA technology. Eventually, it did start to publish more data in the final years of the decade.

During the pandemic, I assumed the worst when it seemed management planned to maintain its uncommunicative strategy throughout the vaccine development process. Why hide your results if they look good?

Eventually, the vaccine efficacy data were published and subjected to the requisite scientific scrutiny, where they fared very favorably. And as the stock soared throughout 2020 and 2021, early investors became rich -- after I had been a naysayer all along! 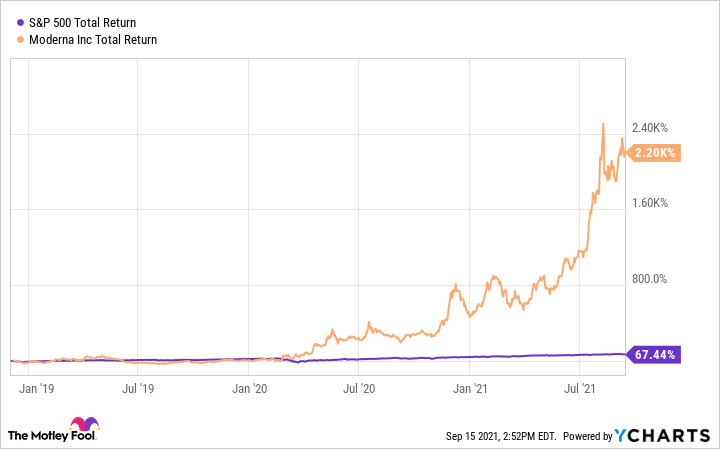 Changing your mind is always an option

So what's the investing lesson from my appraisal of Moderna's remarkable arc over the last several years?

The most important message is that businesses can change in significant ways while you aren't looking, so writing off a stock for good means you could end up missing out.

If I had kept up with Moderna's progress instead of shunning it for being too secretive, I'd have witnessed its flurry of research publications that could have addressed my concerns. That might not have pushed me to actually buy the stock in 2019, but it would have brought me much closer to seriously considering adding it to my portfolio.

The second takeaway is the harder one to internalize, and it's that criticism of a company's practices can be perfectly valid, yet completely irrelevant to shareholder value or shareholder returns.

Moderna's lack of research publications in the middle of the last decade may have left investors exposed to more risk in the development process because of the lack of scientific oversight, but that risk was never realized.

Likewise, the CEO's compensation package seemed excessive, but the more important fact was that only a small portion of the pay was actually in the form of cash, which wasn't in very short supply. And even if the pandemic hadn't happened, the odds are that neither of these issues would have sunk the company.

My last piece of advice is to leave yourself open to changing your mind. Promising and innovative young businesses often stumble, sometimes in more ways than one. If you're not willing to consider an investment unless a company's record is flawless, you could be ruling out the next Moderna.