Days after trading under its new ticker after completing its SPAC merger with Soaring Eagle Acquisition, Ginkgo Bioworks (NYSE:DNA) is rising higher today, having climbed 5.8% at 11:12 a.m. EDT.

While some investors, recognizing a cheaper price tag, may have hit the buy button following the stock's 7.8% decline yesterday, others may have been more moved to act after a Wall Street analyst offered a bullish take on the stock. 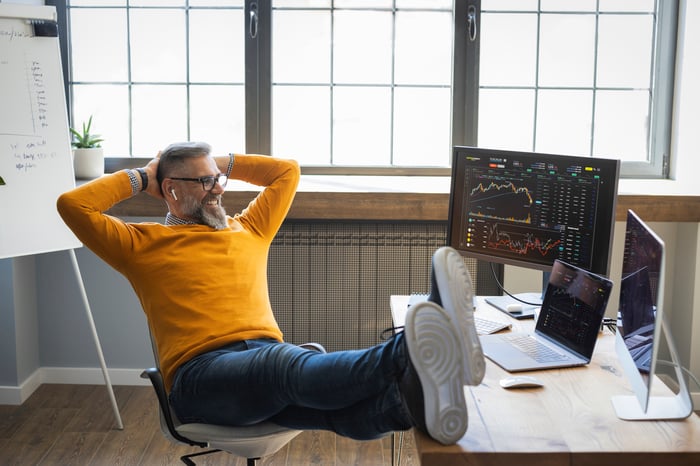 Initiating coverage on Ginkgo Bioworks, Sriharsha Pappu, an HSBC analyst, assigned a buy rating on the stock and a $14 price target. According to TheFly.com, Pappu believes that the company is developing a "de facto platform for bioengineered products."

Investors are also likely enthusiastic about the analyst's outlook considering the manufacturing challenges that Zymergen, another synbio company, has recently encountered. Between that and the company's changes in management, those interested in gaining exposure to synbio stocks may be recognizing Ginkgo Bioworks as the better option.

Although its time as a publicly traded company has been extremely short, there is considerable interest in Ginkgo Bioworks. The company projects growing revenue and adjusted EBITDA from $77 million and negative $121 million, respectively, in 2020 to $1.1 billion and $166 million, respectively, in 2025. Besides Main Street investors, Cathie Wood is also interested; the stock is one of the holdings in the ARK Innovation ETF. And when Cathie Wood offers her vote of approval, investors take notice.

Although there is a lot of buzz surrounding the stock, potential investors must recognize that there is still considerable risk associated with an investment. Companies at the cutting edge of innovation may revolutionize industries, but they may also fail to deliver on their promises.