Lucid is pushing forward with production, but it's not the only one about to hit the road with new electric vehicles.

Electric vehicle stocks have been on fire over the past two years as investors have seen that's where the growth in the auto market is going to come from. New automakers have also built disruptive business models that forgo dealers, outsource manufacturing, and even bring charging into the business.

One of the biggest disruptors is Lucid Group (LCID -0.51%), which hit public markets in a merger with a special purpose acquisition company earlier this year and is holding production events this week. As Lucid has the spotlight on it, three Fool.com contributors think investors should take a look at Fisker (FSR 5.23%), Ford Motor Company (F 4.81%), and the not-yet-publicly traded Rivian, three companies that are ramping up EV production as we speak. 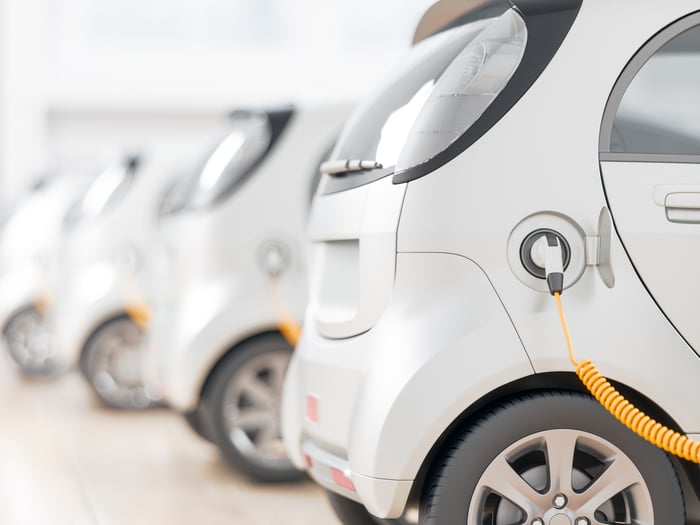 Howard Smith (Fisker): While many investors have been watching Lucid Group in anticipation of its high-tech luxury sedans, one of the more promising electric SUV brands coming soon after that may be from Fisker. And Fisker is doing things a little differently, maybe because this isn't the first time around for founder Henrik Fisker.

Fisker's previous start-up was Fisker Automotive, which produced a sporty, extended-range plug-in hybrid electric sedan. That company is now defunct, but Fisker is taking what he learned with initial plans to sell a luxury all-electric SUV called the Ocean. The company intends for production to begin in November 2022, with plans to introduce the Ocean SUV at the Los Angeles Auto Show that same month. 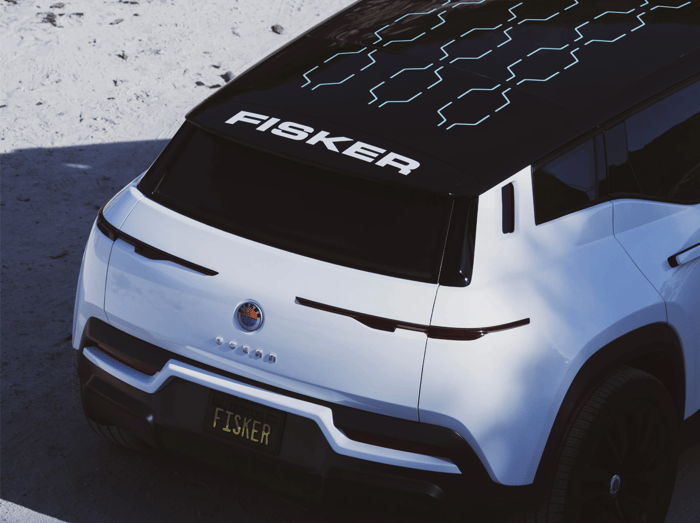 Fisker took what he learned from his prior experience and is focusing his company's efforts on the technology and design for the Ocean SUV. The company will contract out the capital-intensive manufacturing work. Global automotive supplier Magna is partnering with Fisker for the initial production. Under a long-term agreement, the Ocean will be manufactured at Magna's facility in Austria. "This agreement is broad-based and comprehensive, covering planned volumes, manufacturing costs and quality metrics over the program's lifecycle through 2029," the companies said in a joint statement.

Fisker believes the asset-light business model, leveraging partners' experience, equipment, infrastructure, and intellectual property can reduce risk, bring products to market faster, and ultimately accelerate its path to profitability. And the company isn't putting all its eggs in one manufacturing basket. It also has an agreement with Apple supplier Foxconn Technology Group to eventually produce up to 250,000 EVs annually under the Fisker brand.

While others plan the physical manufacturing, Fisker can focus on design and technology. The Ocean will have an optional solar roof for battery charging. It will also have an in-house battery management system, and what the company calls a Fisker-unique user interface. Thanks to the lower-cost model, Fisker says it will be able to sell the Ocean at comparable prices to internal combustion engine premium SUVs.

While Lucid is starting with a luxury-level sedan costing more than $160,000, Fisker might just have a way to attract the customer volume every start-up eventually needs to blossom into a successful, sustainable business.

A legacy automaker that's changing with the times

Daniel Foelber (Ford Motor Company): Since when did Ford become an EV stock? Well, it isn't yet. But it's certainly doing something right.

To do that, Ford is going to have to spend a lot of money. The company just increased its electrification spending budget through 2025 by one-third, bringing the total to $30 billion. For reference, Ford's 2020 capital expenditures were $5.7 billion.

Burning through cash for the prospect of growth is commonplace among EV companies. One reason everyone is talking about Lucid Group is that the company is quite literally racing against time to reach mass production. Lucid needs to sell enough cars and reach positive operating cash flow or risk having to take on debt or raise more cash by diluting its stock.

Ford is the third best-selling automaker in the U.S. and makes the single most popular pickup truck in the world. Crowned the king of range, Lucid is a growth stock with a lot of upside. However, Ford could be a better investment for value investors looking for exposure to the EV industry -- but with less downside risk.

Travis Hoium (Rivian): Rivian isn't public, yet, but management has submitted a registration with the Securities and Exchange Commission to go public in an initial public offering, potentially with a valuation of around $80 billion, that could take place later this year. And given the company's impressive list of products, I think this is a competitor worth watching.

Technically, Rivian has already started production of its R1T truck, but the first vehicle rolled off the production line just a few weeks ago, so the company is in a similar position to Lucid. What I like about Rivian is that it's building a very specific vehicle for a very specific, and highly profitable, market: truck buyers.

The R1S is starting to roll off the production line, but the first vehicle Rivian made isn't actually a consumer vehicle at all. Rather, it's a delivery van for Amazon, one of its largest investors. The van is already in the field in small numbers and Rivian hopes to deliver 10,000 vans to Amazon by the end of 2022 and 100,000 by the end of 2030.

Next, the R1T truck starts at $67,500 and has at least 314 miles in range. The R1S SUV will likely begin production early next year and starts at $70,000 with 316 miles of range and is one of the first electric SUVs with an option for seven seats. The prices aren't cheap, but when compared with gasoline vehicles of a similar size and capability the price is fairly reasonable, especially when the EV tax credit and cost savings from using electricity over gasoline are accounted for. And that's what's going to drive the adoption of this very compelling pair of vehicles.

I like Rivian's designs, the markets it's serving, and the high-powered backing it has gotten from companies like Amazon. As a reservation holder for an R1S, I'll be watching that initial public offering closely and look forward to seeing Rivian hit the road in larger numbers this year.

Disruption is coming to the auto industry

The auto industry is changing quickly as new entrants join the market and electric vehicles become the fastest-growing segment of the market. Lucid is making big moves to establish itself this week but don't lose sight of Rivian, Fisker, and Ford as companies to watch in this booming industry.

Should You Buy Stocks When the Market Crashes?
395%