It seems there's another company looking to generate some green from green hydrogen production.

After bounding higher to start the week yesterday, shares of Plug Power (PLUG -8.39%) are headed in the other direction today. As of 11:16 a.m. EDT on Tuesday, shares of the fuel cell company were down 4.8%.

It's not any specific company-related news that's driving the sell-off today. Instead, shareholders are likely responding to the stock's rise yesterday and to news related to another company dealing in hydrogen production, Cummins (CMI -0.16%). 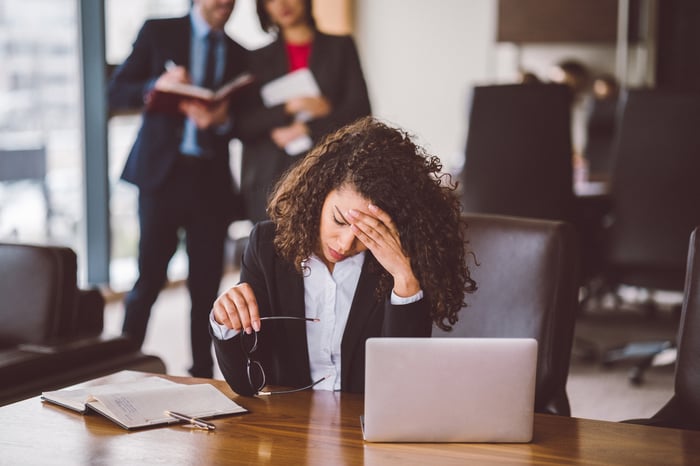 After rising more than 5.3% yesterday, shares of Plug Power closed at $28.40. It's been awhile since shareholders had seen the stock reach that high a level at the end of a trading session. In fact, the last time the stock closed that high was in mid-July. Those investors with short investing horizons might be worried today that the stock may not be headed higher anytime soon, so they're deciding to grab profits.

The other likely catalyst for the stock's decline is the news that Cummins has received a $5 million award from the Department of Energy Hydrogen and Fuel Cell Technologies Office. According to Cummins, it will use the awarded funds for a three-year project that seeks "to automate the manufacturing of solid oxide electrolyzer cells to make production of the electrolyzer systems more efficient, reducing capital costs and facilitating the scale-up of the hydrogen economy." Ultimately, Cummins believes the project will help it to increase its proficiency in green hydrogen production. And this is what might be concerning Plug Power's investors as the company is targeting daily green hydrogen production of 500 tons by 2025.

For bulls who believe that Plug Power's best days are ahead of it, the news related to Cummins shouldn't lead them to exit their positions. Plug Power is hardly a pure play on green hydrogen production, and there's no guarantee that Cummins will emerge as the dominant player in the space. Rather, today's slide in the stock price is merely a feature of the volatility that growth stocks like Plug Power often exhibit.