Nintendo (NTDOY -0.19%) hosted its latest Nintendo Direct presentation on Sept. 23, and it served up a lot of news regarding the future of the Switch and its top franchises. Let's review the top announcements, why they're generating so much buzz, and how they could impact Nintendo's investors.

Nintendo's Metroid Dread, the next installment of its Metroid series, is expected to be the company's biggest exclusive game of the holiday season when it launches on Oct. 8 alongside the new OLED Switch.

But during the latest Nintendo Direct presentation, the company provided a glimpse of its exclusive games beyond Metroid Dread. In November, Animal Crossing: New Horizons -- one of its hottest games during the pandemic -- will receive a major update. Nintendo won't unveil the exact details of those updates until late October, but they could breathe fresh life into its aging multiplayer game. 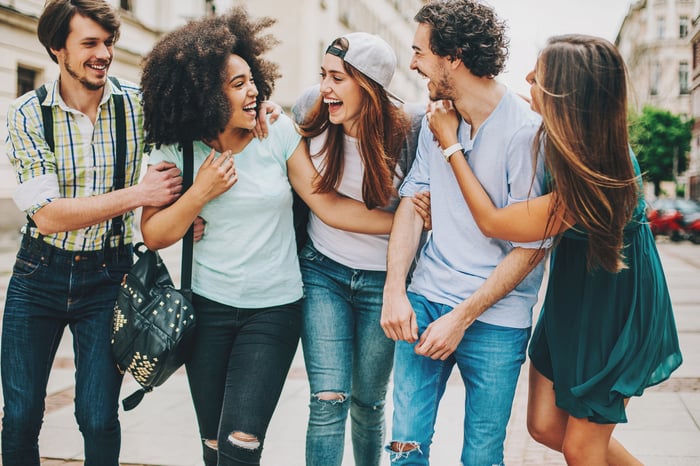 Next spring, Nintendo will launch Kirby and the Forgotten Land, the first true 3D entry in the Kirby series. It will also launch Bayonetta 3 -- the second exclusive Bayonetta game for Nintendo's consoles -- as well as the third entry of its ink-shooting Splatoon franchise next year.

Simply put, the Switch will still host plenty of exclusive games as it enters its fifth year. In addition, Nintendo will also add classic Nintendo 64 and Sega Genesis games to its Switch Online subscription platform.

However, Nintendo didn't reveal any additional details regarding the eagerly anticipated sequel to The Legend of Zelda: Breath of the Wild, which is still scheduled to arrive in 2022.

As for non-gaming news, Nintendo finally unveiled more details about its upcoming Super Mario animated movie. The movie will be co-developed by Illumination (the animation studio that created Minions) and star Chris Pratt as Mario, Anya Taylor-Joy as Princess Peach, Seth Rogen as Donkey Kong, and Jack Black as Bowser. The game is scheduled for release next December.

Universal Studios Japan's Super Nintendo World opened this March, and Universal plans to add the new area to its theme parks in California, Florida, and Singapore in the near future.

Nintendo's stock lost about a quarter of its value this year as its growth decelerated. Its revenue rose 34% in fiscal 2020, which ended this March, as it sold more Switch consoles and games throughout the pandemic.

But this year, Nintendo expects its revenue to drop 9% as it faces tough post-pandemic comparisons and struggles to secure enough components throughout the global chip shortage. Competition from the PS5, Xbox Series S and X, and Valve's Steam Deck could exacerbate that pressure.

Some gamers and investors had expected Nintendo to unveil a higher-end Switch Pro earlier this year. However, Nintendo introduced a new Switch model with a bigger OLED screen instead of a brand new device with faster hardware, and it didn't present any major new games -- except for Metroid Dread -- that would help it sell more Switch consoles during the holiday season.

Nintendo's latest Direct presentation didn't address any of those challenges. The rest of fiscal 2021 will still likely be slow, and most of the games it just teased won't arrive until fiscal 2022.

However, Nintendo's growth could accelerate again next year as it launches those new games and the chip industry resolves its messy shortages. The new Super Mario movie and theme park attractions might spark fresh interest in the Switch and its first-party franchises again, and Nintendo could gain more momentum as it cooks up its next major console.