The availability of cheap used jets suitable for cargo conversion, new emissions regulations, and tougher competition from Airbus will weigh on Boeing's freighter sales in the years ahead.

The 737 MAX grounding and the COVID-19 pandemic have combined to crush demand for Boeing's (BA -0.52%) commercial jets since 2019. Freighters have been a rare bright spot for the company's commercial aircraft business. Supply chain bottlenecks and a sharp reduction in long-haul passenger flights -- which can carry a meaningful amount of belly cargo -- have driven up demand for dedicated freighters.

However, Boeing's recent level of order activity and deliveries in the freighter market doesn't look sustainable. An ample supply of used aircraft suitable for freighter conversion, rising competition from Airbus (EADSY -0.61%), and new emissions regulations will cut deeply into Boeing's freighter business by the late 2020s.

The 737 MAX crisis decimated Boeing's narrow-body franchise. To be fair, deliveries have resumed and order activity has started to pick up over the past year. Nevertheless, Boeing 737 MAX deliveries continue to trail Airbus' A320neo-family deliveries by a wide margin, and the 737 MAX order backlog remains significantly smaller than it was a few years ago.

That has made Boeing particularly reliant on wide-bodies, where it has a stronger market position relative to Airbus. However, demand for passenger wide-body jets has plummeted, as the pandemic and accompanying international travel restrictions have crushed long-haul travel.

As a result, freighters have suddenly become a big part of Boeing's product mix. Between April 2020 and the end of August 2021, Boeing delivered 123 wide-body jets, including just 46 passenger models. It also delivered 14 Boeing 767s to its defense unit for conversion to the KC-46A Pegasus military tanker. Freighters accounted for the other 63 wide-body deliveries: more than half of the total. 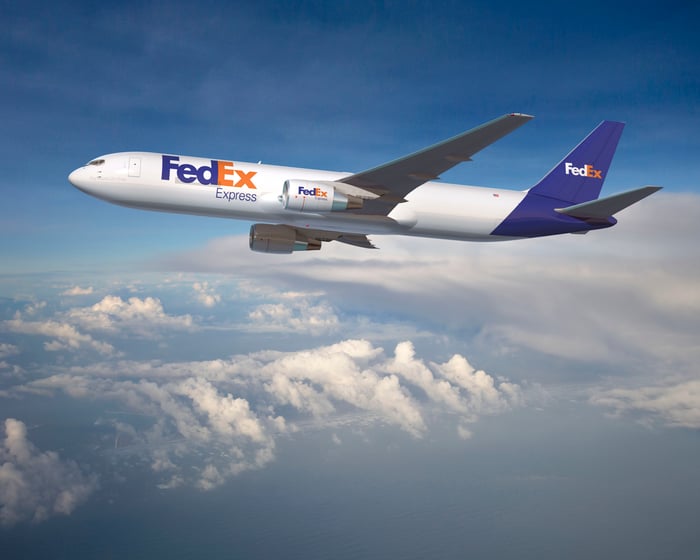 A blip in demand

The recent uptick in demand for new freighters won't last more than a few years. First, the pandemic has caused temporary disruptions that have boosted utilization of dedicated freighters. As noted above, sharp cuts in passenger services removed a substantial amount of capacity from the air cargo market. Additionally, global supply chain challenges have forced some shippers to turn to air cargo for goods that would usually be transported via ocean freight. These disruptions won't last forever.

Second, a huge number of wide-body jets have been idled due to the pandemic. Many of them will eventually be converted to freighters rather than returning to passenger service. Indeed, Boeing's long-term market outlook calls for just 890 new-build freighter deliveries over the next two decades, compared to 1,720 passenger-to-freighter conversions.

Third, Boeing will have to stop producing all of its existing freighter models by the end of 2027 under current emissions regulations. That could provide a short-term sales boost as some buyers look to purchase discounted 767F and 777F models before Boeing discontinues them. However, it also means that the industrial giant will have to develop a new freighter soon to continue this business line.

Airbus is coming for Boeing's niche

In recent years, Boeing has dominated the new-build freighter market. Airbus began delivering a freighter version of its A330 in 2010, but the A330-200F received just 38 orders in its lifetime. Airbus is looking to change its fortunes going forward, though. It recently launched sales of a freighter based on the vastly more fuel efficient A350, with entry into service projected for 2025. 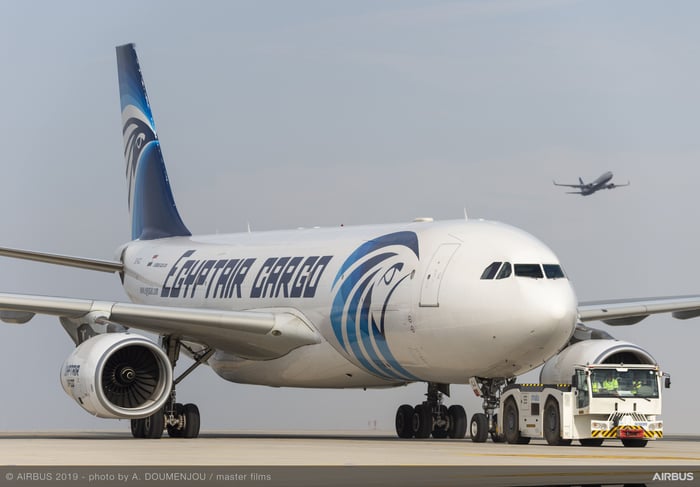 Airbus hasn't announced any orders for the A350 freighter yet, but management has said that numerous cargo airlines are interested. Meanwhile, Boeing is contemplating a freighter version of its next-generation 777X, but it hasn't made a decision to go ahead yet. In the near term, it has to prioritize getting the passenger versions of the 777X certified.

As a result, Airbus could get a significant jump over Boeing on selling next-generation freighters to customers that are prioritizing low fuel costs and reduced emissions. That will prevent Boeing from replicating its current dominance of the freighter market beyond 2025.

Boeing's estimate of 890 new-build freighter deliveries over the next 20 years implies an average of fewer than 45 deliveries annually. If Airbus can capture close to half of the market, Boeing's annual freighter deliveries could recede to around 25 by the late 2020s: well below recent levels. A shrinking freighter business makes a demand revival for passenger wide-bodies even more critical for Boeing's turnaround prospects.