Is this FAANG stock still a worthwhile investment?

That's great news for early investors, but people who don't already own Alphabet might be wondering if it's too late to buy this FAANG stock. Today, I'll review three compelling reasons to buy Alphabet -- as well as one reason to sell it -- to see if it's still a good long-term investment. 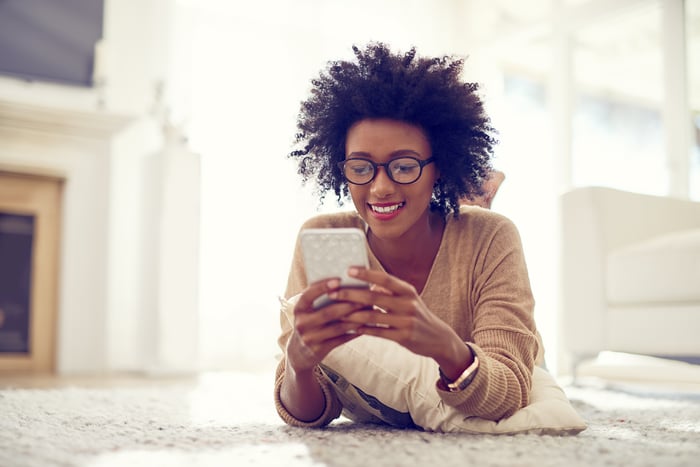 1. It's a dominant force in online advertising

Those platforms all support Google's core advertising business, which sells search, display, and video ads across its platforms. Google will likely account for 28.6% of all digital ad spending worldwide this year, according to eMarketer, putting it in first place ahead of Facebook's (META 0.49%) 25.2% share.

All of Google's and Facebook's smaller rivals -- which include Alibaba (BABA -3.00%), Amazon (AMZN -1.40%), and Tencent Holdings (TCEHY -0.39%)-- still hold single-digit shares of the digital advertising market. Therefore, any business that wants to advertise online will likely visit Google and Facebook before considering other platforms.

Last year, Alphabet's revenue from Google's ads rose 9% to $146.9 billion, or 80% of its top line, even as the pandemic caused businesses to purchase fewer ads. In the first half of 2021, Google's ad revenues surged 50% year over year to $95.1 billion as those pandemic-related headwinds waned.

2. The growth of Google Cloud

Google's ad business suffered a temporary slowdown in 2020, but Google Cloud's revenues surged 46% to $13.1 billion as the usage of its cloud services accelerated throughout the pandemic. The segment's revenue rose another 50% year over year to $8.7 billion in the first half of 2021.

Google Cloud isn't profitable yet, and it still ranks in a distant third place in the cloud infrastructure market behind Amazon (AMZN -1.40%) Web Services (AWS) and Microsoft (MSFT -0.80%) Azure, according to Canalys.

However, Google Cloud continues to expand and secure a growing list of major partners, including Target, Home Depot, Twitter, and PayPal. Many of these customers likely don't want to support Amazon's most profitable business (since they compete with its retail business) or tether themselves to Microsoft's other prisoner-taking enterprise services.

Google Cloud's profitability should improve as it expands, but it can subsidize its growth with its higher-margin advertising business until that happens. The global cloud computing market could grow at a compound annual growth rate (CAGR) of 19.1% between 2021 and 2028, according to Research and Markets, so Google's cloud business could continue to grow faster than its core advertising business for the foreseeable future.

Based on these expectations, Alphabet trades at 26 times forward earnings and seven times forward sales -- which makes it more reasonably valued than many of the tech sector's frothier growth stocks.

The one reason to sell Alphabet: Antitrust threats

Alphabet's core businesses look strong, but a series of antitrust battles could derail their growth.

Last October, the U.S. Department of Justice filed an antitrust lawsuit against Google for its alleged monopolization of the online search and search-based advertising markets, and it's reportedly preparing to file a second antitrust lawsuit to address Google's dominance of certain advertising technologies. Two separate coalitions of states also filed their own lawsuits against Google regarding its search and advertising businesses.

The European Commission previously investigated Google Shopping, Google AdSense, and Android, then accused Google of leveraging those platforms to drive its competitors out of their respective markets. Those antitrust probes resulted in three separate fines totaling more than $8 billion, and forced Google to stop bundling its first-party apps with new Android devices in Europe. If the DOJ case follows a similar path, Google could face even higher fines and more demands to split up its ecosystem.

Google also faces additional antitrust battles in Australia, India, and South Korea, and more countries could jump on the bandwagon. All that pressure could prevent investors from paying a higher premium for Alphabet's stock.

Alphabet's antitrust challenges can't be ignored, but they're not canceling out its strengths yet. Alphabet will likely keep growing, even if it gets hit by fines and new restrictions along the way.

In a worst-case scenario, Alphabet might be broken up into several smaller companies. However, Alphabet's investors would still likely receive new shares of those smaller companies -- which could continue to grow independently without being tethered to Google's sprawling ecosystem.

Alphabet isn't my favorite FAANG stock and I personally don't own any shares, but investors who buy the stock today could still be well-rewarded if they tune out the near-term noise.