The marijuana stock just made a big growth move, but investors want more.

Marijuana stock Agrify (AGFY 8.90%) jumped 18.2% early Tuesday before losing all of those gains as the day progressed. The stock closed the day up just under 1%.

Agrify announced it had acquired two brands, Precision Extraction Solutions and Cascade Sciences, from Sinclair Scientific for $50 million, including $30 million in cash and Agrify stock worth $20 million. The total price, however, could go up to $65 million based on how Cascade and Precision perform in the full year ending Dec. 31. 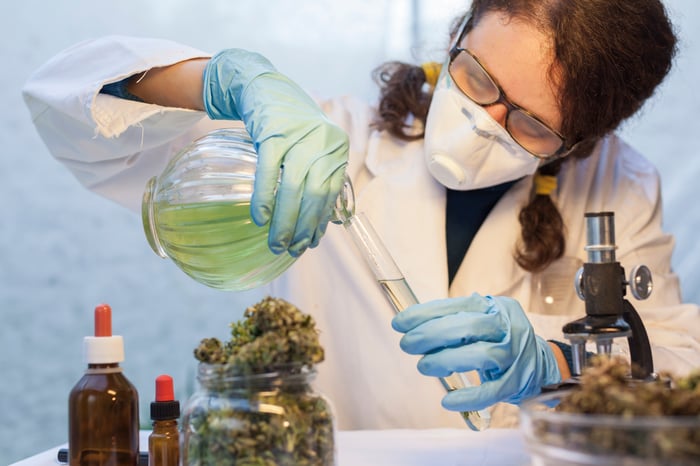 Precision and Cascade are providers of cannabis and hemp extraction equipment and solutions, have collectively worked with more than 30 multistate cannabis operators, and are expected to generate $40 million in revenue in 2021.

With the acquisition, Agrify's footprint has expanded into seven states, including California, Colorado, and Florida. More importantly, Agrify has entered the lucrative global extract market that's projected to grow at a compound annual growth rate of 22% between 2021 and 2028.

It's a smart move for Agrify, as cannabis extract has wide medical uses and is therefore a high-potential market for cannabis companies.

Notably, Agrify last guided its full-year revenue to be between $48 million and $50 million after a record second quarter, which means this acquisition could potentially double Agrify's 2021 revenue from its target.

So why did Agrify shares give up all of their gains by market close Tuesday? Investors perhaps want to wait until year-end to see how much Agrify eventually pays Sinclair, and whether the acquisition can put Agrify on the track to profitability. Agrify's losses ballooned 61% to $9.4 million during the six months ended June 30.

Young growth stocks can typically be volatile, and that characteristic was on full display with Agrify shares on Tuesday.