After suffering a bad case of the Mondays yesterday, like just about every growth stock on Earth, shares of Apple (AAPL -2.12%) bounced right back on Tuesday, rising as much as 2.2% and closing the day up 1.4%. 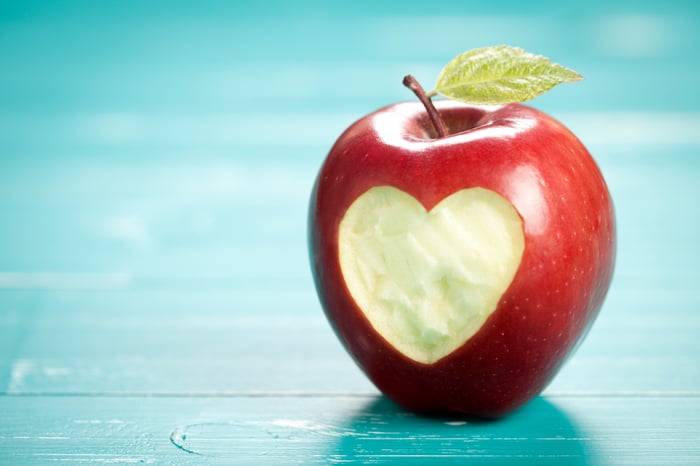 In separate reports, investment banks Piper Sandler and Bank of America gave two reasons for investors to remain optimistic about Apple despite yesterday's sell-off. In its just-completed biannual "Taking Stock with Teens" survey, reports StreetInsider.com, investment bank Piper Sandler found that the Apple brand retains a strong following among America's youth. In particular, out of 10,000 teens surveyed, 87% said they own an iPhone.

Ponder that staggering number for a moment. 10,000 kids. Chosen at random. 8,700 of them not just own smartphones, but iPhones.

And the news gets better. 88% of those kids said they plan to buy an iPhone as their next phone, and 22% of them specifically plan to upgrade to the iPhone 13 before the year is out. Piper Sandler concluded its report with this observation: "The survey results [confirm] Apple's place as the dominant device brand among teens."

And how! Of course, this makes it more important than ever that Apple deliver its iPhones to the masses in a timely fashion. And in this regard, Bank of America Securities' report is encouraging. In a separate note on StreetInsider, the stock ratings news site quotes BofA saying that "our tracking of iPhone ship dates on Apple's own website, and various carrier websites, indicates that lead times are improving particularly in the U.S."

While it's taking a bit more time than Apple might like to ship iPhone "13 Pro and Pro Max models," BofA found that "iPhone 13 and 13 Mini" availability is just fine, especially if you buy your phone from a carrier rather than from an Apple store (where wait times are "more extended").

About the only bad news you can find in this report is BofA's observation that "current lead times are not indicative of significantly higher demand vs last year," but rather due to "ongoing supply side challenges" from the shortage of components and production slowdowns in China.

On balance, though, the news is still more good than bad for Apple today, and that's why the stock is up.