Bloom Energy (BE 2.14%) stock soared on Tuesday after an analyst saw value in the cheap stock, and was trading up 8.2% as of 2 p.m. EDT. That marks a sharp reversal from yesterday's drop, when Bloom Energy shares tumbled to 11-month lows.

This morning, Raymond James upgraded its rating on Bloom Energy stock to a strong buy, citing attractive valuation after the stock's weakness in recent months and the potential in Bloom Energy's energy solutions that appear underappreciated, especially with rising cases of grid outages. The financial services company slashed its price target on Bloom Energy stock to $29 a share from $33 per share, but that still represents a whopping 71.5% upside from the stock's Monday closing price.

There is some merit in Raymond James' views. 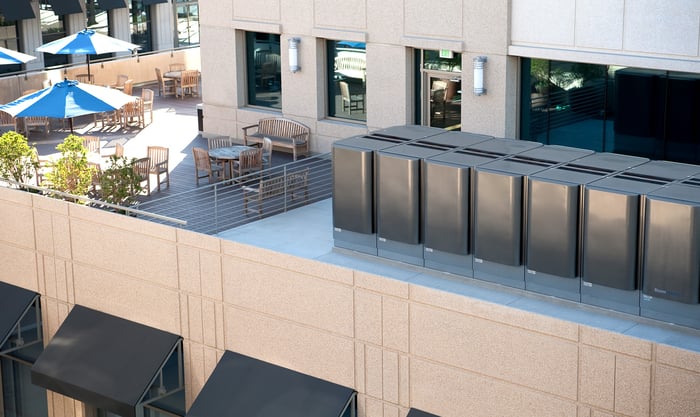 In fact, several analysts have turned bullish about Bloom Energy, with BMO Capital initiating coverage last week with a price target of $22 per share, citing potential in the company's solid oxide technology to produce hydrogen more efficiently in the long run, which could have other uses.

One area that I can think of is transportation. For example, Bloom Energy is jointly designing and developing fuel-cell cargo ships in collaboration with Samsung Heavy Industries. Bloom Energy is also exploring several other high-potential markets.

BMO Capital is, in fact, bullish about hydrogen, which is why it also initiated coverage on Plug Power with a price target of $30 a share. The stock is hovering around $24.50 a share as of the time of this writing. BMO Capital sees Plug Power "expanding its success" in material-handling equipment and believes the company's hydrogen technology offers investors exposure to the clean energy transition beyond solar and wind.

Plug Power's hydrogen and fuel cell solutions have already found success in the industrial equipment industry, particularly material handling, and the company is now trying to replicate the success in other hot markets like electric vehicles. In late September, Plug Power announced plans to build the largest green hydrogen plant on the West Coast in California. The green hydrogen market is pegged to be worth $12 trillion by 2050. 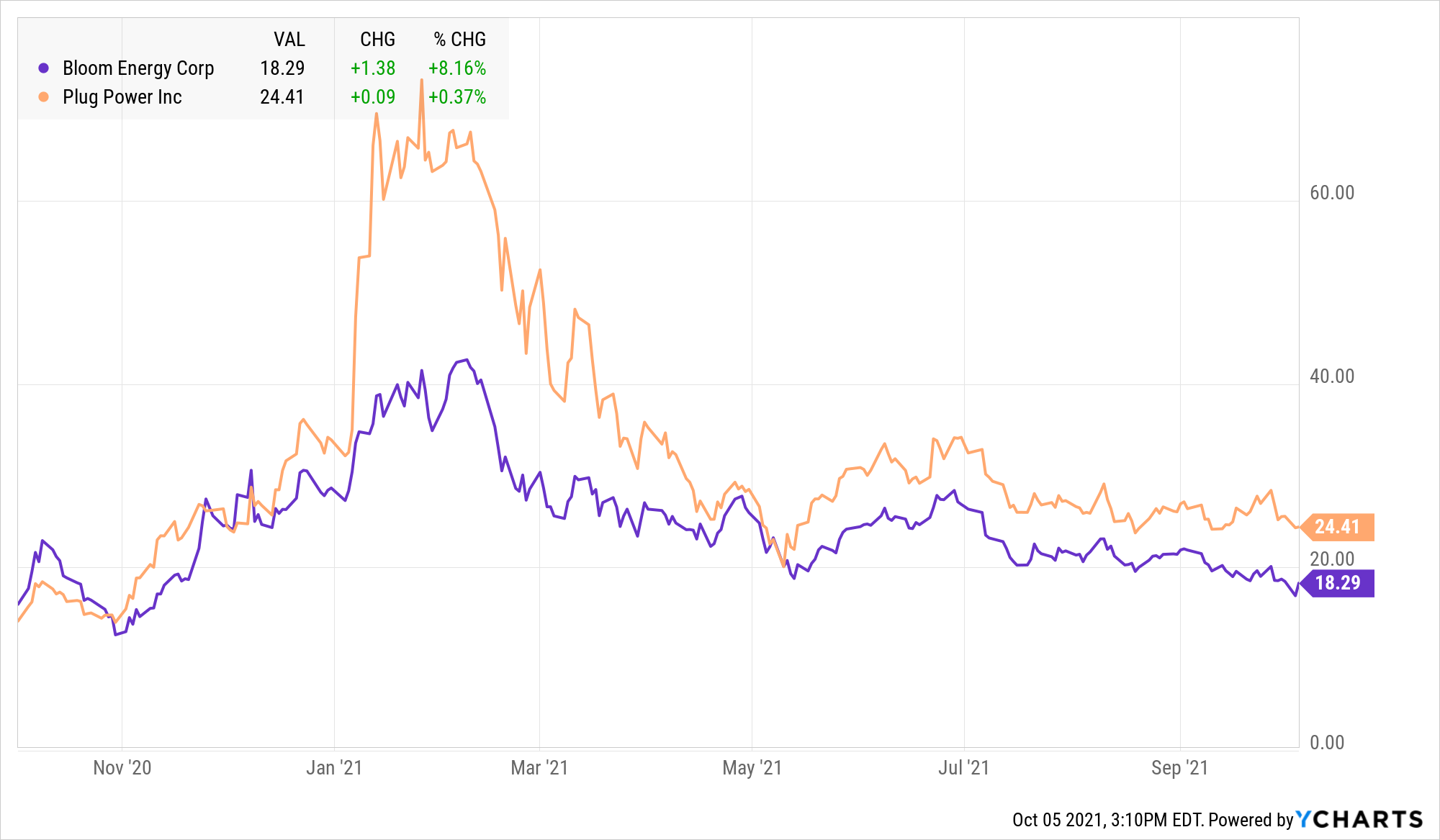 With shares of both Bloom Energy and Plug Power crumbling this year, any positive comments from the analyst community is bound to lift investor sentiment, and that's one trend I expect will continue even as investors closely track developments in the hydrogen fuel cell industry. Bloom Energy, in particular, is in much better stead financially, so investor interest in this growth stock could remain high.