Multiple developments sent oil and gas prices crashing, but investors should look at the big picture.

Wednesday jolted oil and gas stocks lower, with many companies across the energy sector plummeting within minutes of the market's opening today. Here's how much some of the biggest losers sank at their lowest points during the day:

Oil prices took a breather this morning after a stunning rally, dropping more than 2% as of 3:30 p.m. EDT. And the price of natural gas plummeted 9.3%, backed by some fresh developments in the industry.

On Wednesday, the U.S. Energy Information Administration (EIA) confirmed an increase of 2.3 million barrels in crude oil inventories for last week as more production in the Gulf of Mexico is back on line.

The biggest driving factors behind the recent rally in oil prices were shrinking inventories because of a shortfall in production from the Gulf of Mexico caused by Hurricane Ida, even as demand continued to rise. Just earlier this week, the Organization of Petroleum Exporting Countries (OPEC) and its allies refused to scale up oil production despite calls to boost supplies to help ease the torrid rally in oil prices and the ongoing energy crisis in Europe. 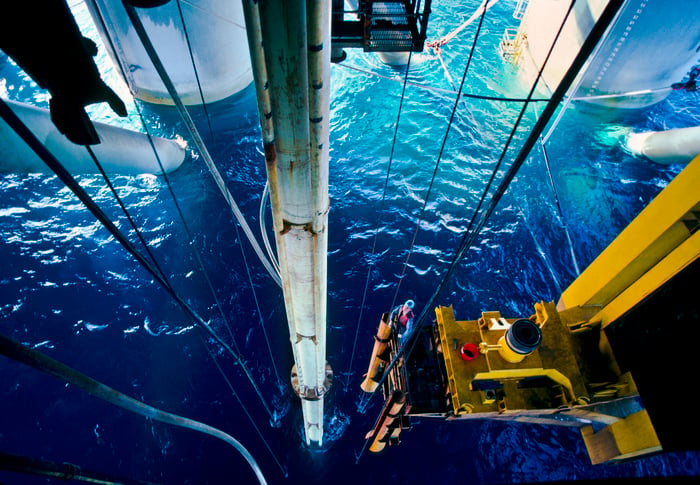 The developments have spurred fears that higher inventories will help balance supply and demand, and stop the rally in oil prices in its tracks. Natural gas isn't too far behind: Russia has agreed to boost supplies to Europe to help alleviate the power crisis, and that sent natural gas prices crashing today.

Yet, with winter approaching, demand for fuel should remain strong. Oil inventories last week were still 7% below five-year averages, according to the EIA. Moreover, we're heading into earnings season, and most oil and gas stocks are expected to deliver strong numbers given the sharp rally in prices in recent months.

For example, Wall Street expects Centennial Resource's revenue to jump almost 60% year over year in the third quarter. The company generated record free cash flow (FCF) in its second quarter and projected significantly higher FCF for the full year. It is also reportedly looking to dispose of some assets in Texas, so any development on that front could mean even more cash for the company.

Likewise, analysts expect Ring Energy's sales to jump more than 50% in its third quarter. The company even ramped up drilling activity in August and has plans to scale even higher in the fourth quarter in response to the rise in oil prices. If successful, Ring Energy could exceed its own sales projections for the second half of the year. Notably, its shares hit 52-week highs on Oct. 5.

Inventory reports always trigger volatility in oil and gas prices, but investors must look out for signs of rising production from OPEC or even some of the larger individual oil and gas producers, as that's more likely to impact the sector's profitability and cash flows in the medium term than day-to-day fluctuations in commodity prices.

Why Ring Energy Stock Dropped as Much as 14% Today