Please ensure Javascript is enabled for purposes of website accessibility
Log In Help Join The Motley Fool
Free Article Join Over 1 Million Premium Members And Get More In-Depth Stock Guidance and Research
By Manali Bhade – Updated Oct 8, 2021 at 9:22AM

The growth potential in these supercharged stocks cannot be ignored.

The start of October was quite challenging for the U.S. stock market. Major indexes, including the S&P 500, Nasdaq Composite, and Dow Jones Industrial Average, fell mainly because of a sell-off in the technology sector. Many investors are concerned about the future growth prospects of resource-hungry technology companies amid increasing bond yields.

While the current market downturn is undoubtedly painful for many investors, it can also be an opportunity to pick up fundamentally strong growth stocks riding secular tailwinds at a relative discount. In case you have some cash that is not required to pay bills, SoFi Technologies (SOFI 2.47%), CarParts.com (PRTS -0.95%), and Sea Limited (SE 1.51%) could be attractive picks in October. 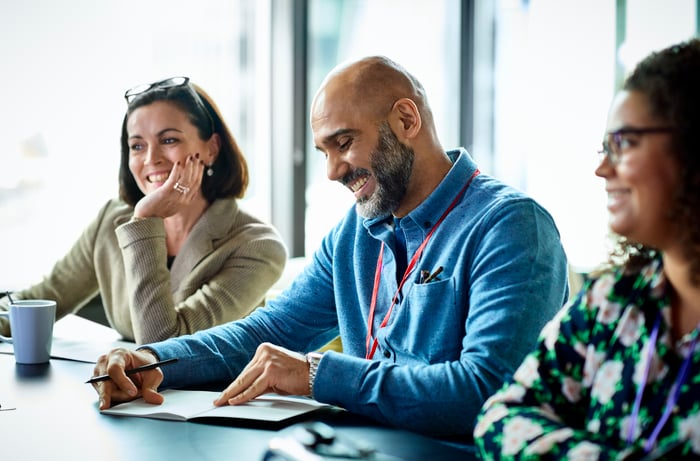 Fintech player SoFi Technologies is fast emerging as a one-stop-shop solution for the consumer's digital finance needs. After starting as a private student loan lender, the company branched into personal loans, other financial services products, and investment products.

SoFi has rapidly expanded its customer base and is on its way to surpass 3 million by the end of 2021. In the second quarter (ending June 30), the company's total customer count reached 2.56 million. The company's young customer base has led to successful cross-selling. SoFi expects its multi-product members to grow by 95% year over year to 775,000 by the end 2021. The company has leveraged data insights to reduce costs while improving the long-term value of existing customers.

SoFi is also a third-party infrastructure technology provider for institutional clients with its Galileo platform. The company had 79 million client accounts for Galileo at end of the second quarter. The mission-critical nature of Galileo services coupled with difficulties involved in switching to other technology platforms implies that this is a very sticky revenue source for SoFi.

SoFi Technologies is not yet profitable. However, the second quarter marked its fourth consecutive quarter of positive EBITDA. The company has reported positive operating and free cash flow. Hence, against the backdrop of a rapidly growing business and improving financials, the stock is an attractive pick for retail investors.

The online penetration in the U.S. auto parts industry, however, is less than 5%. This is significantly lower than overall U.S. e-commerce penetration of 22%. CarParts.com is well-positioned to capitalize on this opportunity, thanks to its integrated supply chain capabilities and competitive pricing. The company's two-step distribution model  involves direct delivery from the manufacturer to the customer and eliminates all middlemen. Hence, the company's product pricing is significantly lower than the competition. CarParts.com also aims to add over 1.2 million square feet of warehouse distribution capacity by 2022, resulting in faster delivery times across the U.S. The company has developed a simple and seamless online experience, which has resulted in a surge in online searches.

CarParts.com's recent financial results have been quite impressive. In the second quarter (ending July 3), revenue jumped by 32% year over year to $157.5 million, while net income was up 32% year over year to $2.1 million. The company remains on track to achieve its long-term revenue growth target of 20% to 25% and adjusted EBITDA margin target of 8% to 10%. Yet, the company trades at only 1.59 times trailing-12-month sales. With solid growth prospects and a robust strategy, the company is poised to rise much higher in the coming months.

Sea's share price has exploded by over 1,865% in the past five years. Both revenue and earnings have kept pace, and this company is soon expected to join the trillion-dollar market cap league.

Garena is the most profitable business segment for the company. In the second quarter (ending June 30), the company's hit game Free Fire reported a 45% year-over-year jump in quarterly active users to 725 million. While the game has a strong foothold in Southeast Asia, Latin America, and Taiwan, it is also gaining traction in the U.S. This can translate into extending the life span of the blockbuster game, while also giving the company time to develop the next hit game franchise.

In the second quarter, Shopee also reported a 161% year-over-year jump in revenue to $1.2 billion, while gross market value, or the total value of transactions conducted on the platform, was up 88% to $15 billion. The company saw improvement in its take rate (percentage of GMV that is recognized as revenue) due to increased adoption of its advertising and marketing tools by sellers on the Shopee platform. Hence, although at an earlier stage of monetization, there is much growth potential in Shopee. Finally, Sea Money saw its quarterly paying users jump 109% year over year to 32.7 million.

Currently, Sea is unprofitable and losses have been on the rise. But this is not abnormal for a fast-growing company that is more focused on market share gains. With a robust business strategy in place, Sea can prove to be a very attractive pick for several more years to come.