An investment in one or both of these high-growth companies could generate stellar returns.

Finding the best companies to invest your hard-earned money in isn't always easy. With so many stocks to pick from, finding the right investment choices that align with your portfolio and long-term investment goals takes time, effort, and patience.

To help make this process easier, we're going to take a look at two great companies that we think have what it takes to be long-term winners for buy-and-hold investors. These companies come from two completely different industries -- healthcare and tech -- but each has a variety of positive catalysts to contribute to a long-term investor's portfolio. Let's take a closer look. 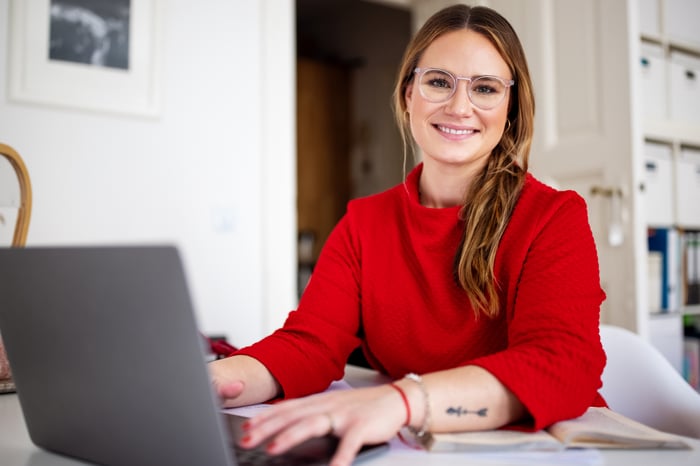 Gene-based testing is changing the landscape of healthcare by altering the way providers pinpoint and diagnose medical conditions or predispositions specific to a patient's genetic makeup and family history.

Companies like Fulgent Genetics (FLGT -9.09%) are leading the way in this new era of diagnostic tools -- and can also present a compelling investment opportunity. Not only are the products and services provided by Fulgent Genetics facing high and growing demand, but the company is operating in an industry with still-untapped potential.

As of 2019, the global genetic testing market had grown to just shy of $11 billion. But it's on track to surpass a valuation of $21 billion as soon as 2027, according to data provided by Allied Market Research. From panel tests to known-mutation tests to carrier screenings, Fulgent Genetics' portfolio of products spans a wide range of disease areas and health concerns.

The company caught broader investor attention in the earlier days of the pandemic because of its COVID-19 tests, but these are really just one small slice of its overall business. Fulgent Genetics isn't content to rest on its laurels either and is making strategic choices to expand its market share and dominance in the genetic testing space.

For example, in August the healthcare company announced the acquisition of CSI Laboratories, a leader in cancer diagnostic testing. Management has said that the acquisition will allow the company to "significantly expand its capabilities in molecular diagnostics and oncologic testing" and that the combined platforms "will create a novel, comprehensive cancer testing solution for customers across the United States."

In the most recent quarter, Fulgent Genetics reported that its total revenue surged 790% year-over-year. The company also delivered nine times more billable tests during the three-month period than it did in the second quarter of 2020.

Like many other high-growth stocks, Fulgent has had a volatile year, surging from $30 to as high as $189 before falling back now to about $81. Yet shareholders have still seen a gain of more than 700% over the past five years. And currently, the stock trades at just under five times trailing earnings.

If you're looking for a company with steady growth, strong competitive advantage, and an appealing growth story, Fulgent Genetics might be for you.

Google's parent company, Alphabet (GOOGL -1.30%) (GOOG -1.26%), is hardly going to be a new name to most readers. It is one of a small group of giant tech companies known as FAANG. With the number-one search engine in the world along with dominant online properties such as YouTube, it's safe to say that Alphabet is a stalwart stock that has shown itself to be a tried-and-true long-term investment.

Since Alphabet was formed in 2015 in an effort to streamline the Google business, the company has delivered exceptional financial reports year after year and quarter after quarter. Over the past five years alone, Alphabet has increased both annual revenue and net income by more than 100%.

And recent results have been excellent as well. In the latest quarter, Alphabet's revenue jumped 62% year-over-year while net income surged more than 166%. If you're wondering whether a behemoth stock like Alphabet has any room left to run, you need only look at the stock's movement over the past five years to see that the company continues to deliver optimal share price growth in line with its revenue and earnings increase.

Shares of Alphabet have jumped about 240% over the trailing five-year period, handily outperforming the S&P 500's 100% return during the same period. And with analysts projecting that the stock could realize a potential upside of as much as 30% over the next year alone, its run doesn't look anywhere close to being over.

If you don't already own shares of the company, you might be put off by the roughly $2,800 price tag. However, this is where fractional investment can be particularly useful. If you want to own even a small slice of a massive company like Alphabet, but don't want to invest all your current available capital in just a few shares, fractional investing allows you to buy in for the amount that works for you.