At the forefront of the burgeoning hydrogen economy, Plug Power (PLUG -0.95%) is a fuel cell specialist that is closely followed by growth and renewable energy investors alike. So when the company shares big news, the market responds. And that's exactly what's happening today. 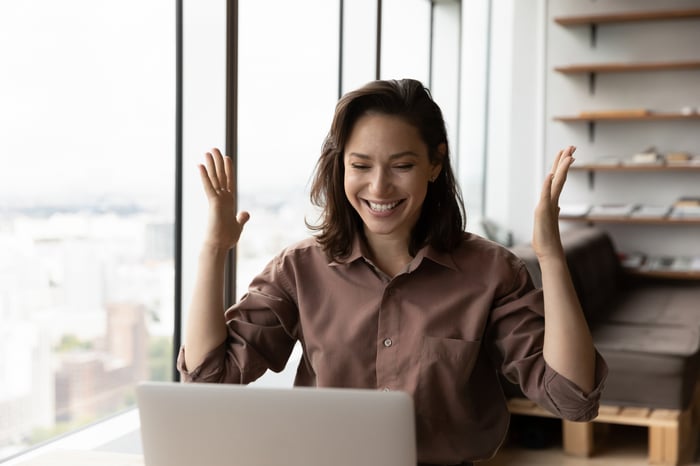 The first item helping to buoy Plug Power's stock is the company's new collaboration with Phillips 66 (PSX -2.12%). According to Plug Power, the two companies have signed a memorandum of understanding which will have them partnering on various hydrogen-related opportunities. Specifically, the two companies identified three areas in which they plan to focus:

Plug Power is clearly optimistic about the value of the partnership with Phillips 66. "Phillips 66 stands to help us meet our goal of producing 1,000 tons per day of green hydrogen while deploying cost-efficient solutions within the renewable fuels sector," David Bow, executive vice president of electrolyzers solutions at Plug Power said in a statement.

Looking skyward, Plug Power also announced today that it's collaborating with Airbus. The two companies will "study the feasibility of bringing green hydrogen to future aircraft and airports worldwide." In addition to Plug Power focusing on opportunities for developing hydrogen infrastructure at airports, Airbus is interested in the possibility of developing hydrogen-powered aircraft.

While investors are celebrating Plug Power's two announcements, it's critical to recognize that both of the these collaborations are far from yielding any fruit, and it's not unheard of for signed memorandums of understanding to not actually lead to lucrative partnerships. Nonetheless, it appears to be an auspicious sign that Plug Power may very well emerge as a winner in the build-out of the hydrogen economy.