Anavex Life Sciences and Affimed both sport unique drug development platforms that could be worth billions.

Biotech is having a moment right now. Despite the industry's numerous successes in developing treatments for scores of once undruggable indications, investors have backed away from this area of the market this year. The bellwether SPDR S&P Biotech ETF is down by almost 12% year to date.

Investors have avoided this high-growth industry in 2021 for a variety of reasons, including a seemingly stricter Food and Drug Administration, increased scrutiny from the Federal Trade Commission over mergers and acquisitions, key clinical trial failures, and the political blowback over drug prices. These headwinds, however, won't necessarily keep truly promising biotech companies from producing market-crushing gains.

Which biotech stocks have what it takes to overcome these various hurdles? Anavex Life Sciences (AVXL 1.55%) and Affimed (AFMD -1.16%) are two names that could produce explosive gains for investors in 2022 and beyond. Read on to find out why risk-tolerant investors might want to buy shares of these two biotech stocks soon. 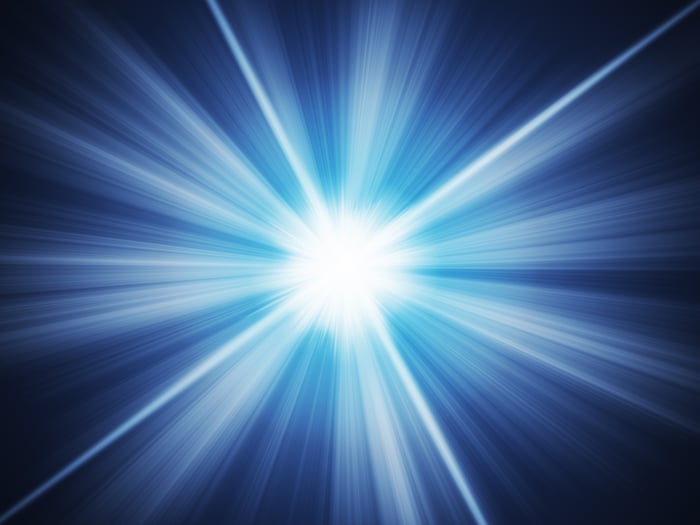 The small-cap drugmaker Anavex has, in many ways, already gone supernova. The company's shares are up by an astounding 571% over the past three years. Even this monstrous move, though, may pale in comparison with what could be in store for shareholders over the next three years. The core reason is the biotech's flagship product candidate, known as ANAVEX 2-73 (blarcamesine).

ANAVEX 2-73 is an experimental drug that putatively activates the intracellular sigma-1 chaperone protein. In plain English, ANAVEX 2-73 is believed to help restore normal housekeeping functions within the neurons of the central nervous system, leading to improved cognition and motor function.

Anavex is currently trialing its lead product candidate across three high-value indications: Alzheimer's disease, Parkinson's disease, and a rare condition known as Rett Syndrome. More top-line data for these indications is slated to roll out over the course of 2022 to 2023.

A late-stage win in either Alzheimer's or Parkinson's disease has the potential to set the drug on the path toward megablockbuster territory (greater than $5 billion per year in sales). Wins across all three of its lead indications might propel it into unchartered waters, in terms of sales. Even so, Anavex's market cap currently stands at a mere $1.32 billion -- suggesting that Wall Street is far from convinced about the drug's prospects.

What's behind Wall Street's dour take? Central nervous system disorders are among the most difficult indications to develop effective treatments for -- especially treatments that halt or reverse disease progression. So even though ANAVEX 2-73 has posted some truly impressive early and midstage results across all three of its lead indications, Wall Street's overarching view that a clinical setback is almost surely in the cards isn't entirely without reason. Prospective shareholders shouldn't ignore this possibility.

That being said, Anavex's upside potential is hard to ignore. If the company somehow ran the table with ANAVEX 2-73's current clinical program, Anavex's stock would easily generate Vertex-like returns on capital for long-term shareholders. For those of you new to biotech, Vertex's successful cystic fibrosis platform turned out to be a gold mine for early shareholders, largely because of the hefty doubt among analysts and investors that this devastating rare disease could ever be drugged effectively. Anavex, in short, could be the next Vertex.

Affimed: A new way to engage the immune system

Cancer immunotherapy has revolutionized the way oncologists approach the treatment of numerous liquid and solid tumors. Even so, the first generation of checkpoint inhibitors and genetically modified cellular therapies is far from 100% effective. Some of these novel treatments also come with a host of serious and potentially life-threatening side effects that limit their use in certain patient populations.

Affimed, a small-cap immunotherapy company, is trying to change this narrative by engaging the body's own immune system with a platform consisting of so-called "bi-specific antibodies" that active natural killer cells to attack tumor cells.

While the early stage results of the company's lead candidate, known as AFM13, have been impressive as a monotherapy from both an efficacy and safety standpoint, Affimed is also evaluating this therapy in combination with cord blood-derived natural killer cells, as well as checkpoint inhibitors. Wall Street, for its part, thinks this single biologic therapy could rake in well over $600 million at its peak.

Where do things stand now? Affimed is hoping to file its first regulatory application for AFM13 as a monotherapy indicated for patients with relapsed/refractory peripheral T-cell lymphoma. If things go according to plan, the biotech's first therapy could be on the market by perhaps 2023. Before then, however, there is a strong possibility that Affimed simply gets bought out. Big pharma has been on the hunt of late for early-stage cancer immunotherapy companies with unique assets, and Affimed fits that mold to a tee.

All told, Affimed's shares appear to be a downright steal at these levels. The company's market cap of $707 million arguably doesn't properly represent the promise of its anticancer platform -- even on a risk-adjusted basis. Affimed, after all, has already presented strong early stage results for its novel immunotherapy platform. Another major clinical update is reportedly slated to happen at a medical conference in the fourth-quarter of this year, according to the company's last quaterly update. Aggressive investors, therefore, might be wise to consider buying this undervalued biotech stock soon.

Anavex Life Sciences Stock Could 5x Before 2025 -- Here's Why

Is Anavex Life Sciences a Buy?

Is Anavex Life Sciences a Smart Stock to Buy Now?