Shares of Carnival Corporation (NYSE:CCL) fell 2.7% through 10:35 a.m. EDT trading Tuesday after the cruise company announced, after close of trading yesterday, that it has closed on a "previously announced incremental first-priority senior secured term loan facility in an aggregate principal amount of $2.3 billion."

Investors are presumably reacting to the reminder that Carnival Corporation carries a lot of debt -- nearly $25 billion more than it has cash on hand -- and now seems to be taking on $2.3 billion more. In fact, though, this is not really the case.

As Carnival explained yesterday, the entire proceeds of its new loan will be used to redeem a batch of "11.500% First-Priority Senior Secured Notes due 2023." So what is really happening here is that Carnival is rolling over old, high-interest debt and taking on new, low-interest debt to replace it. 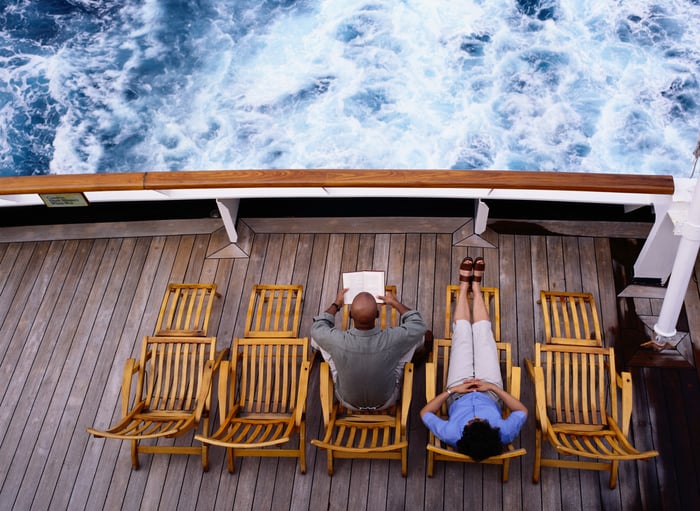 Translated from banker-speak, that means Carnival will be paying 3.25% plus the varying LIBOR rate -- currently less than 0.1% but "adjusted" upward to 0.75% -- for a total of perhaps 4%, or roughly one-third the interest rate it was paying on its 2023 notes.

Carnival expects to save $135 million in interest annually from rolling over this debt, and it will have an extra five years to pay it off to boot. In other words, this is unqualifiedly good news for Carnival and its shareholders -- and not a good reason to sell the stock.