This cloud computing company often flies under the radar.

Arista Networks (ANET 2.02%) may not be a familiar name to some investors, but chances are you've benefited from its technology. Arista makes modern cloud computing possible, powering the hyperscale data centers operated by tech giants like Microsoft and Facebook, as well as the infrastructure owned by various telco companies.

More importantly, cloud computing and data-intensive applications (e.g., artificial intelligence) should only become more common in the years ahead, and that will create tailwinds for Arista's business. Here's what you should know. 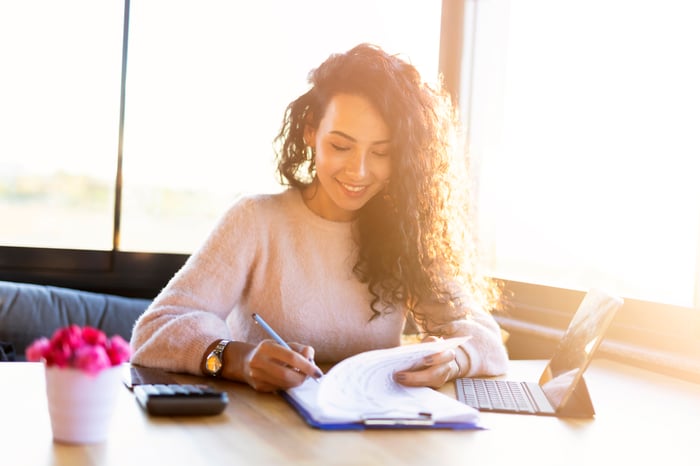 Cloud computing has fundamentally changed the IT landscape, making software and services accessible through the internet. However, this technology also comes with challenges. The total bandwidth in cloud data centers is much higher than in traditional data centers, because millions of people can access the same resources -- think Microsoft 365 or Facebook -- at the same time. And traditional networks weren't designed to bear that burden.

In short, Arista's products offer industry-leading performance and programmability, while reducing operating expenses. That value proposition has translated into strong demand, as evidenced by the company's solid financial results over the past five years.

Today, Cisco is still the market leader in the ethernet switching industry, but the company is losing ground. Between the second quarter of 2016 and Q2 2021, Cisco's market share fell from 58% to 41%, while Arista's rose from 12% to 20%. But this data includes 10-gigabit-per-second switches and above, a very broad range of products.

If we narrow the criteria to higher-speed switches (i.e., 100 Gbps), Arista holds 31% market share while Cisco holds just 19%. What's more, Arista also leads the market in 200 Gbps and 400 Gbps switches, according to CEO Jayshree Ullal. That's particularly important because the industry is shifting away from slower speeds, moving toward the spectrum where Arista is dominant. By 2026, the vast majority of data center switching revenue will come from switches offering performance of at least 100 Gbps.

In other words, industrywide tailwinds should help Arista gain market share over the next five years.

As part of its disruptive strategy, Arista also uses merchant silicon (third-party chips) in its switching and routing devices. Again, this gives it an edge over the likes of Cisco, which uses custom-built silicon to power its hardware.

Specifically, Arista benefits in two ways: First and foremost, it can incorporate cutting-edge semiconductors into its products, while still focusing its resources on the development of software. And second, merchant silicon affords its customers a greater degree of flexibility, allowing them to avoid lock-in with any particular vendor.

Building on that idea, the current supply chain chaos has resulted in widespread semiconductor shortages, and that disruption may persist through 2022. Oddly, those headwinds may actually create a favorable environment for Arista, since it strictly sources silicon from external vendors like Broadcom and Intel, while Cisco makes some of its silicon internally. Put another way, supply chain disruptions will hit both companies, but they might hit Cisco harder.

Of course, even if that thesis doesn't play out, Arista still has a strong competitive position and its prospects for future growth appear bright. Management puts the company's market opportunity at $33 billion by 2025, and I think Arista can capture a significant portion of that figure. That's why this sleeper stock is set to crush the market over the next five years.

Why Meta Platforms' Pain Was Arista Networks' Gain on Thursday
397%