The e-commerce and cloud-computing giant reports earnings next week.

Earlier this year, Amazon.com (AMZN -0.07%) made the surprise announcement that founder Jeff Bezos would step down from his position as CEO of the company starting in Q3 2021. Andy Jassy, who previously led the company's fast-growing cloud computing business, would take the reins, Amazon said.

With Bezos' class act to live up to, the pressure is on. Investors will get to see how well the company performed under Jassy's leadership during his first inaugural quarter as the company's CEO next week when the e-commerce giant reports third-quarter results.

Ahead of Amazon's important third-quarter update, here's a preview of the earnings report, as well as a look at whether the growth stock may be attractive going into the update. 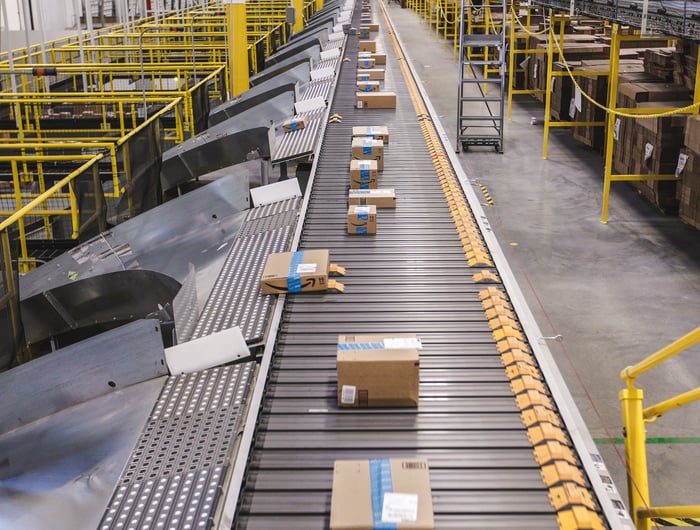 Amazon earnings: what to watch

When the e-commerce and cloud-computing specialist reports earnings next Thursday, investors will be watching closely to see how well Amazon can measure up to a tough year-ago comparison, when revenue was surging as many consumers around the world were sheltering at home.

In Amazon's second-quarter earnings release, management guided for third-quarter revenue to be between $106 billion and $112 billion. This translates to a revenue growth rate of 10% to 16% -- a significant slowdown from 27% growth in the prior quarter and 37% growth in the year-ago quarter.

Analysts seem largely convinced that the midpoint of Amazon's guidance range was too conservative. On average, analysts are forecasting third-quarter revenue to be at the high end of the company's guidance range.

Is Amazon stock a buy today?

While the company's reported revenue growth rate will certainly be worth checking on, a bigger question likely on many investors' minds is whether the stock is a good buy today.

While it's impossible to know where shares of the e-commerce giant will move in the near term or even after the company's third-quarter earnings report is released, investors can take a look at Amazon stock's valuation to see if it seems attractive relative to the e-commerce giant's long-term potential.

Despite the company's staggering market capitalization of more than $1.7 trillion, a case can be made for shares looking like a good buy at this level. Consider that Amazon's price-to-earnings ratio of about 60 is actually quite cheap given the company's top-line performance and its steadily expanding operating margin.

With strong revenue growth and a widening operating margin, Amazon's business model is demonstrating significant operating leverage. This means earnings per share could grow faster than revenue over the long haul. In fact, analysts expect exactly that. The consensus analyst forecast currently calls for Amazon's earnings per share to increase at an average annualized rate of 37% over the next five years.

Of course, investors should watch Amazon's revenue growth rate closely. If it decelerates faster than expected, this could mean analysts (and investors) are overestimating the company's long-term potential.