Sony's (NYSE:SONY) stock price rallied more than 50% over the past 12 months and is hovering near an all-time high as of this writing. The stock has also more than doubled since the pandemic's initial impact last March.

However, the growth of Sony's gaming, music, and financial divisions throughout the pandemic offset those weaknesses. As those pandemic-related headwinds waned, more investors flocked back to the Japanese conglomerate as a stable reopening play. 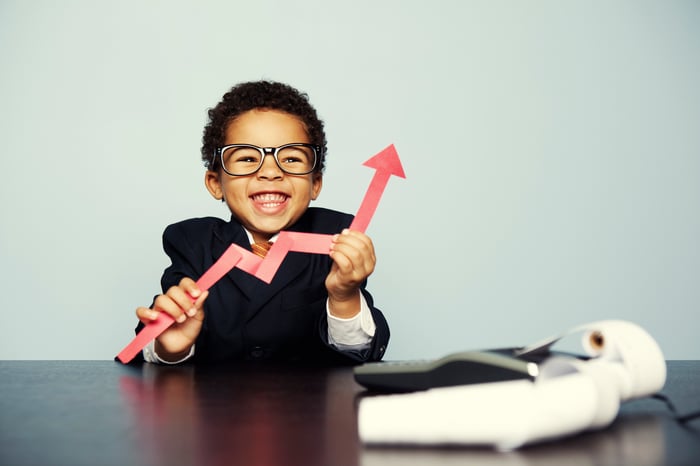 But is it too late to buy Sony's stock after its year-long rally? Let's take a fresh look at Sony's businesses, growth rates, and valuations to decide.

How fast is Sony growing?

Here's how those six core businesses fared over Sony's past two fiscal years, which ended in March, and the first quarter of fiscal 2021.

Sony's G&NS unit grew throughout the pandemic as more people stayed at home and played more video games. However, its growth decelerated in the first quarter of 2021 as those tailwinds faded and the chip shortage throttled its shipments of new PS5 consoles. It expects the segment's sales to rise 9% for the full year as it gradually resolves those supply chain issues.

The EP&S unit benefited from an easy comparison to the pandemic's initial impact a year ago, as well as stronger sales of its TVs and cameras. However, this segment still faces stiff competition from rivals like Samsung, and it's still burdened with Sony's dying smartphone business. Sony expects the division's revenue to rise 3% for the full year as its stronger digital camera sales and favorable exchange rates offset its slower TV sales.

Sony's financial division faces tougher comparisons to its stronger life insurance sales and investment gains last year. It expects the segment's revenue to decline by 16% for the full year.

The I&SS business experienced a recovery in the first quarter as the COVID-19 disruptions ended and it offset its weaker sales of image sensors for smartphones with stronger sensor sales for digital cameras. However, Sony still expects the unit's revenue to dip 3% for the full year.

Sony Pictures experienced a severe slowdown during the pandemic. It grew against an easy comparison in the first quarter of 2021, but Sony still expects the segment's revenue to dip another 2% this year as it grapples with additional delays for TV shows and movies.

Sony Music's growth accelerated throughout the pandemic as more people listened to streaming music, watched anime shows, and played mobile games. It expects the segment's revenue to rise another 5% this year.

Are Sony's strengths offsetting its weaknesses?

Sony's business is complex, but it expects its total revenue to rise 8% for the full year as its strengths offset its weaknesses.

However, Sony's operating margins remain under pressure -- due to supply chain challenges, investments in new gaming studios for the PlayStation, the production and acquisition of new content for its Pictures and Music divisions, and pricing pressure in the consumer electronics market -- so it expects its total net income to decline 32% for the full year.

But next year, analysts expect Sony's revenue and net income to grow 7% and 24%, respectively, as it overcomes those temporary headwinds. Based on those forecasts, Sony trades at just 18 times next year's earnings.

It isn't too late to buy Sony's stock

Sony's stock has rallied strongly this year, but it isn't overvalued yet. Its Japanese gaming rival Nintendo might seem cheaper at 15 times next year's earnings, but Nintendo's business is less diversified than Sony's and faces a much tougher post-pandemic slowdown this year.

Sony's gaming growth should accelerate after it resolves the PS5's production bottlenecks. Its chipmaking business should recover as smartphone makers upgrade their cameras again, and its Sony Pictures division could generate much stronger growth after the pandemic finally ends.

Those upcoming catalysts still make Sony a compelling long-term investment. Investors should expect the next few quarters to be bumpy, but its near-term challenges won't outweigh its long-term strengths.