Industrial giant 3M (NYSE:MMM) will release its third-quarter earnings on Oct. 26. As ever, quarterly earnings reports help frame investor thinking, whether it's a near-term or long-term perspective. Unfortunately, 3M's management is unlikely to have a lot of great news for investors regarding near-term conditions, but what about the long term? Here's what you need to know before the earnings release.

The case for buying 3M rests on the idea that its substantial free cash flow (FCF) generation will give management the time and firepower to turn around some patchy performance in recent years. Moreover, based on that self-same FCF, the stock looks a good value. If the company hits the Wall Street consensus for FCF of $5.7 billion in 2021, it will trade on 18.2 times its FCF (current market cap of $104 billion). 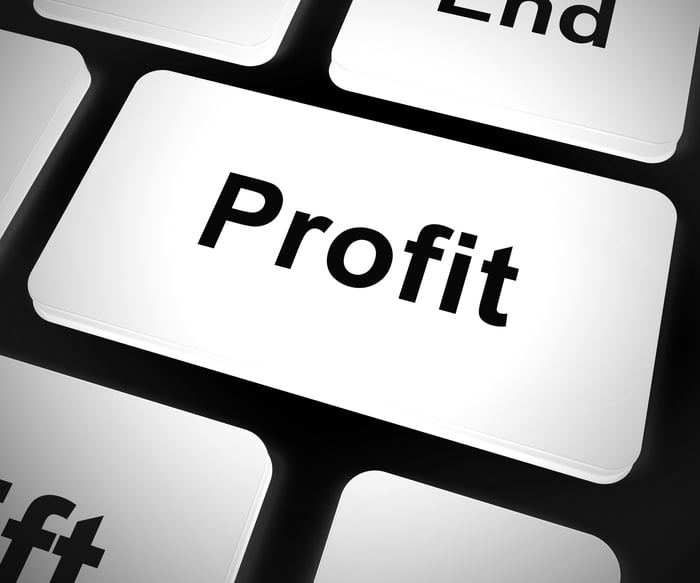 That's a pretty reasonable valuation for a mature industrial company capable of growing revenue at a low-single-digit rate (in line with growth in the economy). Throw in some margin expansion, and investors can expect a combination of good earnings growth and dividend increases (current yield is 3.3%), and 3M is an excellent value-investing option.

However, the question is, where is 3M's profit margin heading? Gross profit margin (profit after cost of goods is taken out) is one of the best ways to measure a company's pricing power in the market. While earnings before interest, taxation, depreciation, and amortization (EBITDA) margin also includes operating expenses and is an excellent way to measure how well the company is run.

As you can see below, there are question marks around 3M's performance in recent years, and it's not all related to the COVID-19 pandemic. 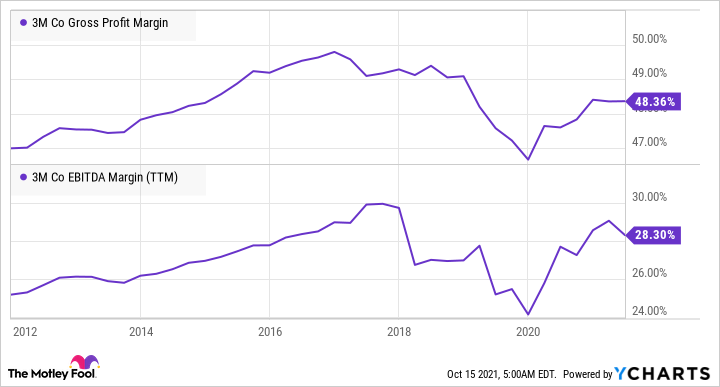 What about 3M's margin?

In a nutshell, 3M needs to convince investors that it can return the company to a long-term margin uptrend. To this end, CEO Mike Roman has restructured its businesses. The company is now run out of four operating segments, not five, and business groups are now managed globally rather than on a country-by-country basis. Meanwhile, management has taken restructuring charges to streamline its operations.

In addition, management has invested in digital capability. The poorly performing healthcare segment has been restructured through divestitures and acquisitions, such as the $6.7 billion acquisition of wound care company Acelity and M*Modal's healthcare information systems business for $1 billion; both deals were struck in 2019.

Therefore, investors are entitled to sit back and say, "Show me the margin expansion." But, unfortunately, the COVID-19 pandemic came along, and its distortive impact has made it a lot harder to see improvements, particularly over its margin performance. Moreover, it's complicated to compare like for like when the economy enters a standstill period (lockdowns) and when the reopening is impacted by soaring raw material costs and supply chain difficulties in key end markets. 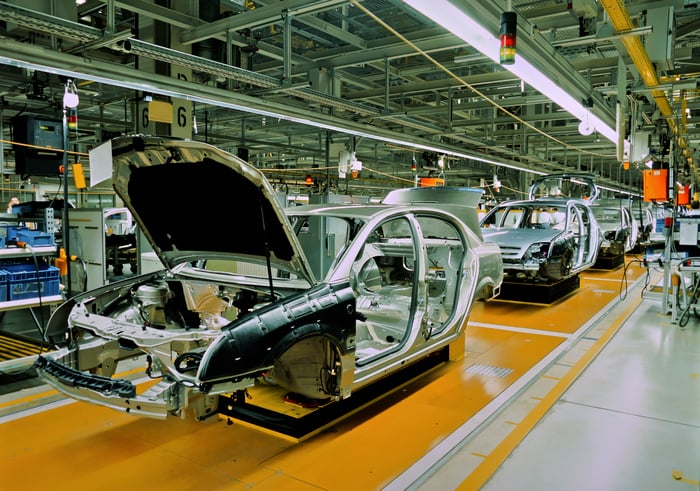 Moreover, many of the reopening issues got worse through 2021. As a result, the critical data that most investors will be following relates to the relationship between 3M's price and its cost. It's a crucial metric for investors to look out for because 3M's management prides itself on investing in innovation to produce differentiated products -- in other words, products with pricing power.

The debate over whether 3M's products are losing or gaining pricing power won't resolve on the next earnings call, but what we do know is that pressure is building due to rising raw material costs and supply chain difficulties.

For example, CFO Monish Patolawala forecast earnings-per-share headwinds of zero to $0.10 from rising raw material prices at the start of the year. He later hiked that estimate to $0.20, then to $0.30-$0.50 in April, and then to $0.65-$0.80 in July. Fast-forward to the Morgan Stanley Laguna Conference in mid-September, and Patolawala guided investors toward the high end of the range. This is without including any impact on the supply chain from the shutdown of factories during Hurricane Ida. 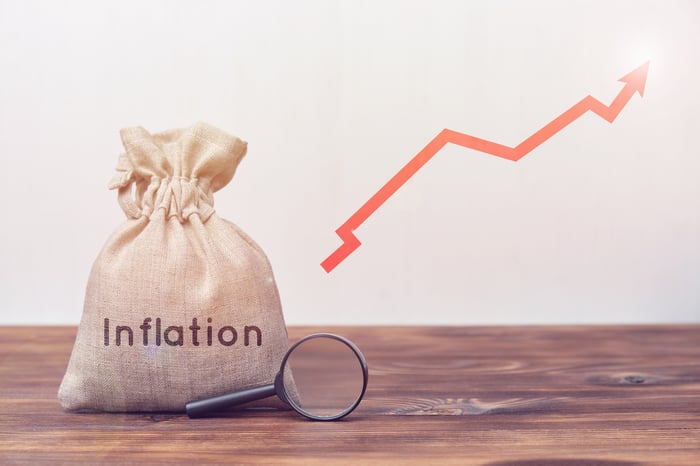 Patolawala also said that inflation was outstripping 3M's ability to raise prices and noted that auto builds (a key end market for 3M) would be weaker than initially anticipated. In addition, the recovery in healthcare is uneven with elective procedures at the lower end of management's expectations, the semiconductor shortage has impacted consumer electronics, and the reopening of offices (3M sells office supplies) has been delayed.

Everything points to a problematic earnings report.

That said, much of the bad news should already be in the price, so don't be surprised if 3M's stock rises if management's guidance and commentary aren't that bad. However, the earnings report isn't likely to produce too much for longer-term investors looking for hard evidence of the turnaround efforts working. Thus, 3M will probably remain a good value stock, but with doubts around it.