A strategic push by management will drive growth for this retailer.

One area that's benefited greatly from the pandemic is the home improvement sector. As a leader in this space, Lowe's Companies (LOW 3.14%) gained tremendously with sales surging more than 24% for four straight quarters, hitting a record $27.6 billion in this fiscal year's second quarter.

As a business that has catered primarily to do-it-yourself (DIY) customers for most of its history, Lowe's has taken on a new focus lately and investors should be very happy. 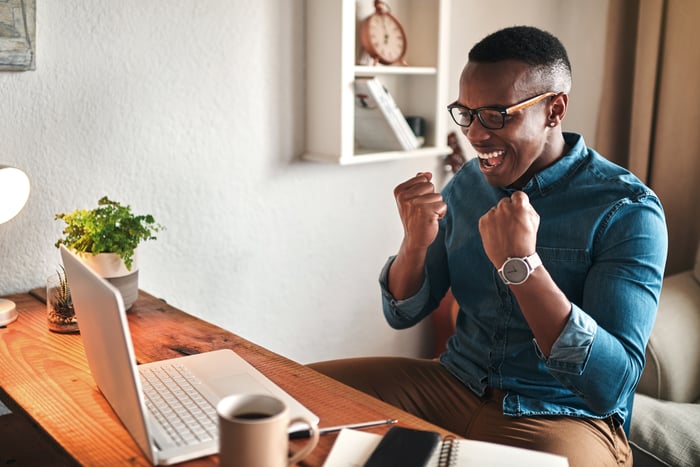 Better for the business

Today, Lowe's generates roughly 25% of sales from professional contractors, who help homeowners tackle larger and more complex renovation projects they can't do themselves. These pros are much more valuable to the company than DIYers since they spend more money and visit stores more frequently. There's also a level of lock-in because once a pro develops a working relationship with Lowe's and has a history of purchasing tools and supplies there, they are less likely to switch to a competitor. So the company's aggressive push now to draw more professional customers is a lucrative opportunity that should excite shareholders.

The potential is certainly there. Competitor Home Depot (HD 3.16%) obtains 45% of its business from professionals. This is partly why the Atlanta-based retailer has superior financial metrics when compared to Lowe's. For example, the return on invested capital of 29.1% and operating margin of 15.3% at Lowe's are both below Home Depot's 44.7% and 16.1%, respectively.

And the annualized sales per square foot of $530 at Lowe's lags behind Home Depot's $663. For any brick-and-mortar retail business, growing sales per square foot is always a key goal. Getting more production and volume out of each location, which largely has fixed costs for rent and paying employees, leads to higher levels of profit.

With greater levels of demand from pros, Lowe's has a real shot to close the gap with Home Depot.

Lowe's is making good progress. In the second quarter, its revenue from pros increased 21% year over year and 49% on a two-year basis, far outpacing the DIY segment. While Home Depot doesn't provide specific numbers for the growth of its pro business, the company has highlighted that this segment's gains have outpaced the DIY group over the past two quarters.

No doubt, Lowe's still has a long way to catch up. While it generated $6.9 billion from professional customers in the latest fiscal quarter, that pales in comparison to Home Depot's $18.5 billion in pro sales.

In order to attract more contractor customers, Lowe's has shifted its Lowe's for Pros website to the cloud, which will result in enhanced features, faster updates, and more personalized offers. Joe McFarland, Executive Vice President of Stores, said the leadership team is "striving to demonstrate that Lowe's is the new home for pros." This is a bold claim to be sure, but you have to appreciate the ambition.

In fact, digital sales at Lowe's have soared 151% over the past two years. Since 60% of online orders are picked up in stores, creating a seamless in-person and online shopping experience allows contractors to get back to the job site quickly. Further expanding its loyalty program will help as well.

It definitely doesn't hurt Lowe's aspirations that its current CEO, Marvin Ellison, spent 12 years at Home Depot in senior-level positions prior to his current role. When asked on the Q2 earnings call about the market-share gains Lowe's has made in the pro category, Ellison replied," I think it's also reflective that Lowe's has not had a coherent pro strategy in the past 10 years." The tables have clearly turned, and he certainly has and will continue to utilize the knowledge he's built up at Home Depot to propel Lowe's toward its next stage of growth.

A positive for the stock

Starting from a low base compared to Home Depot in the pro business means there is a huge opportunity for Lowe's to gain share thanks to a focused and well-executed game plan. If it can continue its strong momentum in that segment, that could be a further boost for its stock.

Lowe's shares currently trade at a forward price-to-earnings ratio of 20, less than Home Depot's 25. So that valuation gap has the potential to close over time. For investors on the sidelines, the opportunity to buy shares might be right now.