Pandemic-related, supply-chain disruptions could hit the consumer products giant to the tune of $2.3 billion.

Consumer staples giant Procter & Gamble (PG -0.85%) is experiencing worse-than-expected cost inflation across its operations. In its earnings report for fiscal 2022's first quarter, which ended Sept. 30, the company said that it had underestimated by $500 million the impact inflation will have on its business over its current fiscal year.

Interestingly, management made a point of highlighting that those unexpectedly higher costs should not adversely impact its ability to hit its earnings target for the year. 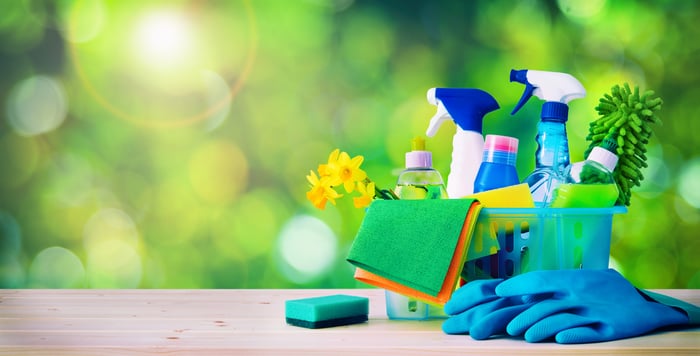 At the close of its fiscal 2021 year (ended June 30), Procter & Gamble acknowledged that inflationary pressure was a headwind that could cost the company $1.8 billion in fiscal 2022. But after just one quarter of the new fiscal year, P&G now says rising costs have lowered its gross profit margin by 400 basis points. What's more, management now says that costs have worsened and that inflation could be more like a $2.3 billion headwind to results.

To offset the impact of rising costs, Procter & Gamble is increasing prices broadly across its portfolio of products. While it began to hike those prices in September, the company says their effects on profitability will not likely show up in results until the first quarter of calendar 2022. So far, those price increases do not appear to be hurting sales. That's a good sign for shareholders as there is always that risk when you hike prices.

The magnitude of those price increases will be meaningful -- in the mid-single-digit percentage range. To put that into context, price increases contributed just a 1% increase to P&G's revenue in its most recent quarter. An increase of 4% to 5% could give it a more considerable boost, assuming consumers don't cut back on their purchases in response. That remains a strong possibility even though, at least thus far, the company has seen no sign of it happening.

With consumers sticking to its brands despite the price increases, management is feeling confident enough to reiterate its annual sales growth target range of 2% to 4%.  "Our good first-quarter results confirm our guidance ranges for the fiscal year across all key metrics," said CFO Andre Schulten during the latest earnings call. "Our solid start to the fiscal year increases our confidence in the upper half of this range."

The last sentence suggests that management might anticipate sales growth of 3% to 4%. The company has also hinted that it might raise that guidance in the coming quarters.

Overall, the higher-than-expected inflation is not changing management's earnings-per-share target for the year. The company reiterated its estimate for EPS growth in the 3% to 6% range for fiscal 2022. It seems confident that consumers will tolerate its price increases throughout the year, which will offset its higher costs.

The company can also use share repurchases to help it hit its EPS target. Its annual target range for stock buybacks is $7 billion to $9 billion. It repurchased nearly $3 billion of its stock in the first quarter, which puts it on pace to hit the higher end of that range.

Procter & Gamble stock is trading at a price-to-earnings ratio of about 25, around its average for the past five years. It might be a good time to buy. The company is hiking prices across its portfolio of products, and it might be able to leave those higher prices in place even after inflationary pressures subside.

Or investors might prefer to wait for more evidence that consumers will keep buying P&G products at their prior rates -- despite those price increases -- before investing in the company's stock. Either way, though, it's worth putting P&G on your watch list and keeping an eye on this developing story.