Two leaders in two tremendous growth markets. But one appears to be the better pick right now.

Two of the most important market trends right now are the shift from cash to digital payments and the increased use of virtual care. The former is shaking up the financial world, while the latter is disruptive to the healthcare sector. Square (SQ 4.51%) and Teladoc Health (TDOC 6.01%) stand at the forefront of these two trends.

So far, Square has been the bigger winner by far for investors. Over the past five years, its shares have skyrocketed nearly 2,200% -- well over double the return delivered by Teladoc during the period.

But which of these growth stocks is the better pick going forward? Here's how Square and Teladoc Health stack up against each other. 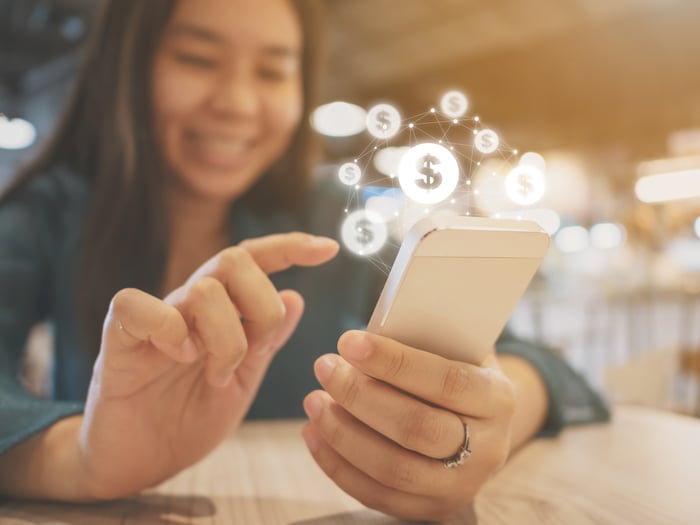 I think there really are just two numbers needed to demonstrate why Square has such massive growth prospects. The first number is $100 billion. It reflects the market opportunity for Square's seller ecosystem. The second number is $60 billion. That's the low end of the estimated addressable market for the company's Cash App ecosystem.

For example, Square believes that it can further expand upmarket with sellers to have an even bigger opportunity over the long term. The estimate for the Cash App market size only includes the U.S. International markets give Square more room to grow.

Can Square seize its opportunities? I think so. The company has definitely demonstrated its ability to do so thus far. Over the last five years, Square's gross profit compound annual growth rate has been around 50%.

The company's banking charter should open up avenues to launch new products and services. Square's deal to acquire AfterPay seems likely to make both of its ecosystems even more unstoppable. It's not hard to envision Square delivering a 3X or greater return over the next several years.

We only need one number to sum up the opportunity for Teladoc Health. Global consulting firm McKinsey & Company projects that the U.S. virtual care market could total $250 billion in the future.

McKinsey obtained this estimate by analyzing what percentage of different healthcare services could viably be delivered virtually. The firm looked across the spectrum of healthcare, from emergency department visit diversions to office visits to home health services.

Teladoc isn't the only company going after this market. Rivals both large and small hope to carve out their own spaces. In particular, Amazon.com has tossed its hat into the ring.

More than 40% of the Fortune 500 already use Teladoc. The company has key partnerships with healthcare leaders such as CVS Health and Centene. And customers love Teladoc: It ranks first in J.D. Power's U.S. Telehealth Satisfaction Study.

Teladoc won't be able to completely dominate the virtual care market. But there's no company better positioned to win than it is.

Choosing between these two stocks isn't easy. However, there are three factors that I think are important in making a decision.

First is the addressable market size for each company. Square is targeting a $160 billion combined opportunity for its seller and Cash App ecosystems. Teladoc is going after a $250 billion potential market.

Second, we need to consider the current market caps. Square's market cap stands at nearly $117 billion, while Teladoc's market cap is much smaller at around $22 billion.

Third, it's important to evaluate the abilities of the companies to succeed. I think it's close on this front. Both Square and Teladoc are leaders in their markets, although both also face strong competition.

Overall, my take is that Teladoc earns the nod as the better growth stock to buy right now based on these factors. However, I predict that both Square and Teladoc Health will deliver impressive returns as their respective markets in fintech and virtual care expand.