The leading streaming video pioneer has shed more than a third of its value since its summertime peak. A strong quarterly report on Wednesday afternoon could change that.

Everyone has a lot to prove when earnings season rolls around, but it seems as if there's a lot hanging in the balance with Roku (ROKU -5.44%) as it steps up with fresh financials shortly after Wednesday's market close. Some of the questions that investors will be weighing on Roku in a few hours include:

There's a lot to watch heading into Wednesday afternoon's quarterly report. Expectations are high. The stock price is low. Something has to give. 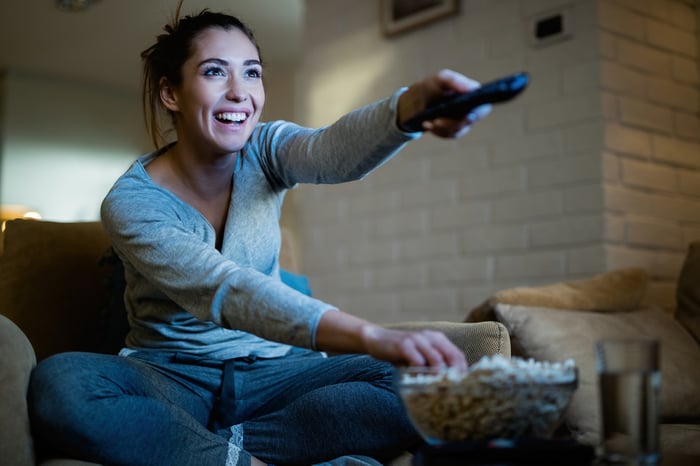 Gently down the stream

Roku as an investment has been lost in the wake of the otherwise buoyant market. The shares are trading 6% lower in a strong year for stocks, falling 36% since hitting an all-time high in July.

Despite the weak stock chart over the past few months, analysts are holding out for heady top-line growth in this week's third quarter report. Wall Street pros see $683.4 million in revenue for the three months ending in September, an 86% year-over-year advance. It's a different story on the bottom line, as analysts are modeling a decline in earnings per share from $0.09 to $0.06.

Profitability is taking a hit with its dongles as a result of supply chain constraints and component cost increases. Roku warned three months ago that the situation should continue into next year, making negative gross margins on the hardware end even worse.

The disappointing outlook back in August has weighed on the shares since the summertime peak. That report also showed a sequential dip in hours streamed, something that we had yet to see in Roku's publicly traded tenure. In retrospect, the sequential decline in viewing makes sense. With more people vaccinated in the springtime of this year, we began to spend less time at home and more time outside. Will it bounce back this time around?

Revenue is still going to grow briskly as year-over-year growth in active accounts is stacked on top of advertisers willing to pay more to reach Roku users. Seeing viewing time start moving in the right direction again will help the stock clear that psychological hurdle.

Roku will also be asked how negotiations are going with Amazon (AMZN -2.02%) and Alphabet's (GOOG -7.44%) (GOOGL -7.68%) Google to keep Prime Video and YouTube on the platform. There's a lot to lose for all three parties if things don't get ironed out. Streaming services in general will become less ubiquitous if there aren't smart TV platforms where all of the leading apps are available.

We won't get all of the answers we want this afternoon. If Roku had deals in place with Amazon and Google, it would've announced that already. Even topping lightweight earnings expectations won't silence the worrywarts, as Roku has routinely landed well ahead of Wall Street profit targets -- including last time out, with the stock taking a hit anyway.

Roku has established itself as a bellwether among media stocks, but right now it's reacting more to its own shortcomings than to the strength of the industry itself. A strong quarterly report can help make Roku stock a winner again.