Cameco started the rally, and now it's picking up steam.

Uranium prices are in a funk -- down 12% over the past week, and down 15% from their recent highs of mid-September -- but don't try to tell that to uranium investors. 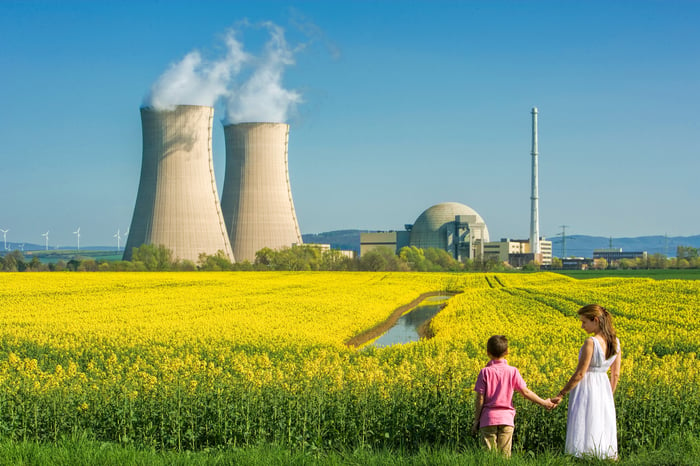 What's got uranium investors all hot and bothered today? In a word: Cameco -- and the upgrade that uranium stock just received from Bank of America.

As TheFly.com reports today, BofA upped its rating on Cameco stock from neutral to buy, and raised its price target on the shares to 40 Canadian dollars (about $32.23). That's about 18% above where Cameco stock trades right now.

As the analyst explained, Cameco hasn't been a particularly strong profits performer lately. (In fact, S&P Global Market Intelligence data show that it has lost money in four of the last five quarters, and three of the last five years!) But BofA sees prospects for stronger growth in the nuclear industry as the world seeks cost-effective means of curbing global warming and decarbonizing the economy -- perhaps faster than anyone expects.

Indeed, according to the analyst, uranium spot prices could rise as high as $60 a pound by the first quarter of next year -- and that would be good news not just for Cameco, but for Uranium Energy and Uranium Royalty as well. In case you're wondering, neither of those two has been doing very well on the profits front either. Each has lost money in each of the last five years, so they could really use a boost in the sales price of their primary product.

There is, however, one caveat that uranium investors should keep in mind even as they wax optimistic over this upgrade. According to experts at MiningReview.com, Bank of America's $60 price target for uranium just happens to also be the price point at which it will become sufficiently profitable to mine uranium, to "incentivize" uranium producers to produce more uranium. So if uranium does hit $60 early next year, you can anticipate an influx of new supply that will drive prices right back down again.

Such is the adventure of investing in cyclical stocks.